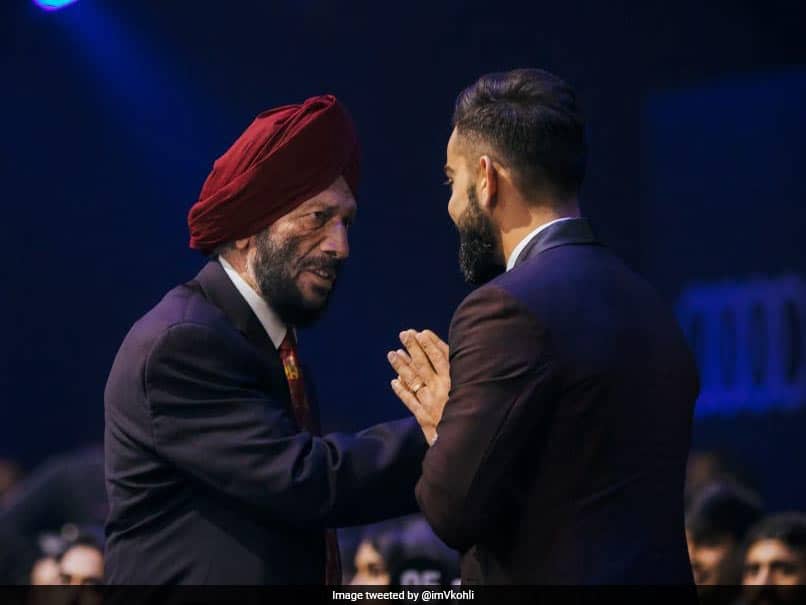 
Ahead of Day 2 of the ongoing World Test Championship (WTC) Final, Virat Kohli took to social media to pay tribute to legendary sprinter Milkha Singh, who died due to post-Covid complications in Chandigarh on Friday. The former athlete was 91, and was admitted at the Post-Graduate Institute Of Medical Education And Research. Taking to Twitter, Kohli wrote, “A legacy that inspired a whole nation to aim for excellence. To never give up and chase your dreams. Rest in Peace #MilkhaSingh ji Folded hands. You will never be forgotten.”

A legacy that inspired a whole nation to aim for excellence. To never give up and chase your dreams. Rest in Peace #MilkhaSingh ji . You will never be forgotten. pic.twitter.com/IXVmM86Hiv

The track legend was first admitted to the ICU ward of Fortis Hospital in Mohali on May 24 due to COVID-19 complications. He was then moved to PGIMER on June 3.

He had also returned with a negative result for COVID-19 on Wednesday, but his health deteriorated on Friday evening, and he developed other complications like fever and dipping oxygen saturation levels.

Milkha Singh’s wife also died a few days ago due to COVID-19 complications.

The couple are survived by their son (ace golfer Jeev Milkha Singh) and three daughters.

Kohli is currently in England for the ongoing World Test Championship (WTC) final against New Zealand. The one-off Test match was scheduled to begin on June 18, but Day 1 was called off due to persistent rain and poor weather.

Day 2 is set to resume on schedule on Saturday. Also, it was announced by the New Zealand cricket board on Friday that 98 overs will be bowled on Day 2. Both Virat Kohli and Kane Williamson will be hoping for a positive start to the finale for their respective outfits.

Baseless, Misleading: AYUSH Ministry On Claim By NICE On Approval To Its Covid Treatment Protocol