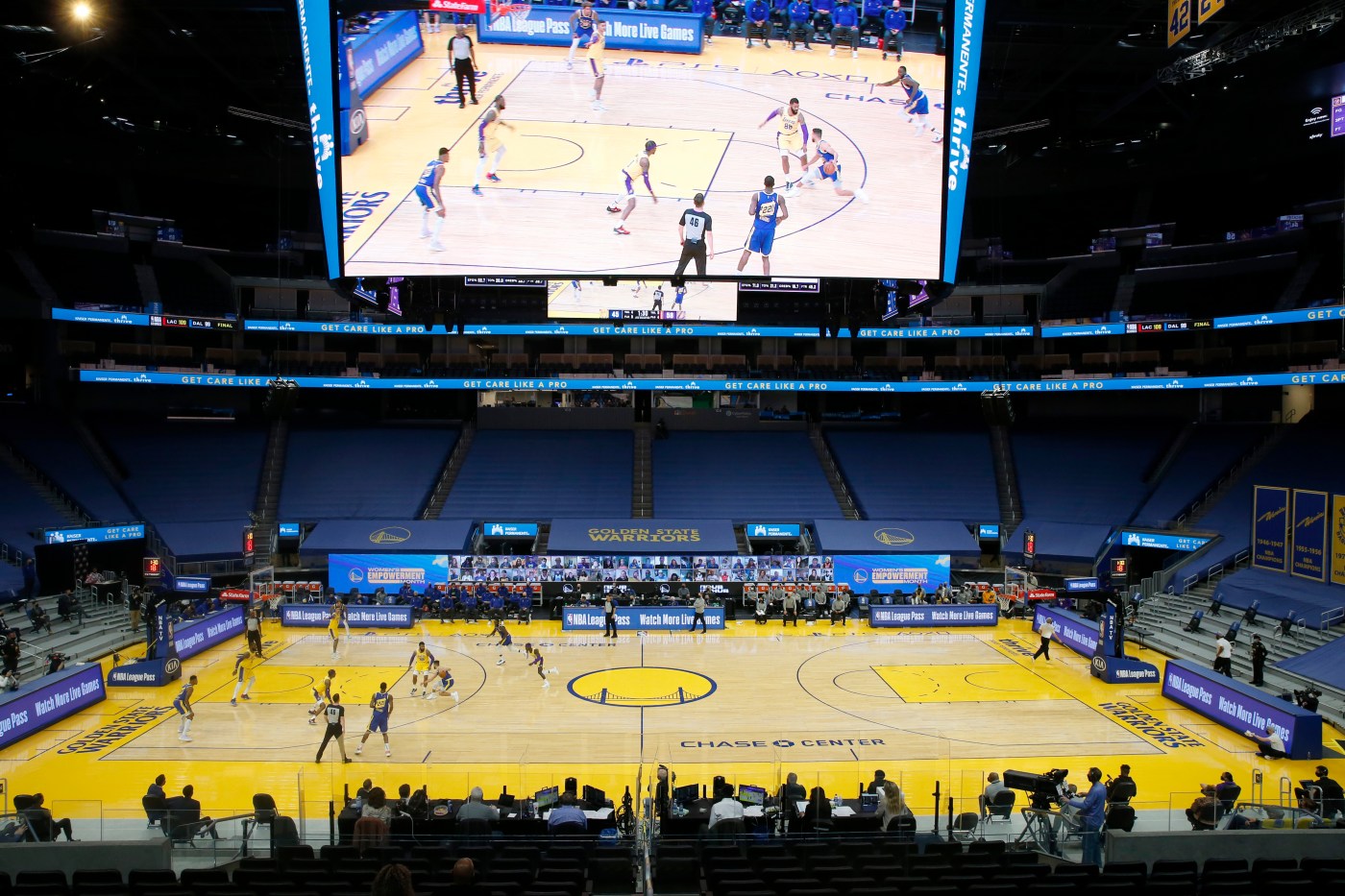 After more than a year without spectators at Chase Center, the Warriors will begin hosting fans for the team’s remaining nine regular-season home games beginning April 23 against the Denver Nuggets, the organization announced Thursday.

According to guidelines announced by the California State Department of Public Health last week, Chase Center can accommodate up to 35% capacity. Every person seeking to enter the arena will be required to provide proof of a full vaccination or a negative COVID-19 test administered within 48 hours prior to the game. Social distancing and mask-wearing will be enforced in the arena.

Those who purchase tickets more than seven days in advance of the game will be eligible to receive, at no cost, an at-home Lucira Health molecular COVID-19 test to be self-administered within 48 hours of the game. The Warriors will become the first sports team to provide ticket-buyers with at-home tests.

Attending fans will then enroll in CLEAR’s Health Pass where they can securely link their test result and complete a health survey to produce a pass required to enter Chase Center.

Those who are fully vaccinated do not need to provide proof of a negative COVID-19 test unless seated within 30 feet of the court and will have the opportunity to purchase tickets in designated sections.

Food and beverage will be available and can be ordered via an app and picked up at select restaurants throughout the arena.

The Warriors last played with fans in attendance on March 10 against the LA Clippers. A day later, the NBA season was postponed when Jazz center Rudy Gobert tested positive for the coronavirus.

Since then, the organization has tried to bring fans back to Chase Center as early as the beginning of the season, but the Warriors’ plan to host more than 9,000 spectators was rejected by the local public health department as both indoor and outdoor sports were highly restricted in San Francisco.

After April 23’s matchup against the Nuggets, the Warriors will host the Sacramento Kings (April 25) and Dallas Mavericks (April 27) before ending the season on a six-game homestand from May 6-16.

The Warriors are the first indoor pro sports team in the Bay Area to announce a plan for fans to return. The Sharks are subject to the same state rules as the Warriors, but with SAP Center in San Jose, they must negotiate with Santa Clara County to bring fans back. As for outdoor sports, the A’s allowed fans at Opening Night last week and the Giants and Earthquakes plan to host fans for their home openers, both within the next nine days.

‘Champions League reforms are sh*t to the power of 10 too!’ – Former Liverpool star Babbel | Goal.com

From new endeavors to pro wrestling, how six PFL fighters spent their year away