Home Sports Cricket Wahab Riaz: ‘All the pressure has been absorbed, it’s time to enjoy... 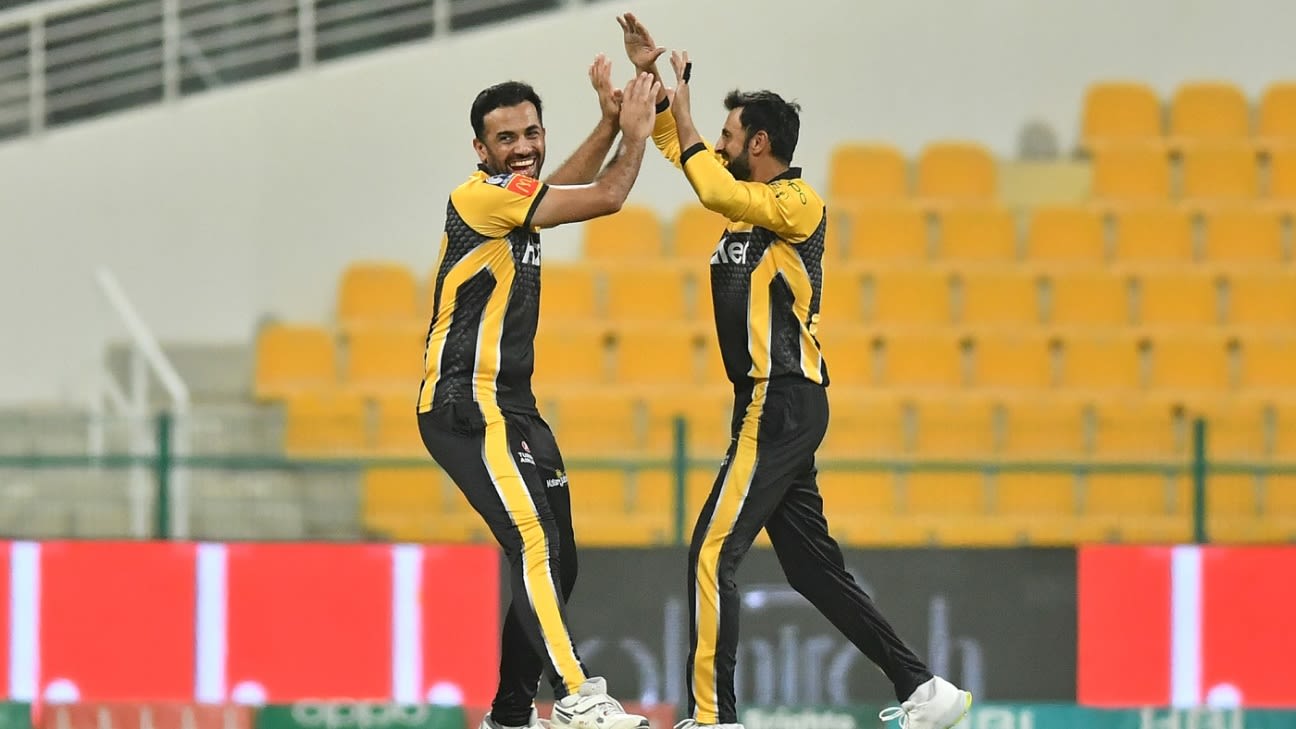 Peshawar Zalmi have taken the tough route to the final, and their captain now wants the players to just soak in the feeling of playing the big game

Wahab Riaz, captain of the Peshawar Zalmi, feels that after having soaked up all the pressure possible over the past 15 days to get to the PSL 2021 final, against the Multan Sultans on Thursday in Abu Dhabi, the team is now quite relaxed for that title clash.
“It’s an honour to play the final, as we have been the most consistent team, having played three finals and played all the playoffs,” Riaz said ahead of the final. “My journey [with the Zalmi] started in 2016, and the team is like a family; the sort of confidence we get here and the way we are treated is all reflected in our performances. We have come this far playing good cricket. Though we lost a couple of matches, it’s a part of the game; what matters is where and how you pick up the momentum. So beating Karachi [Kings] and Islamabad [United] was the best time to lift ourselves.

“We have played so well, played as a team. Being a team means to work as a team – together we achieve more. The best thing from the first leg was that we never blamed anyone for losing a game, we didn’t blame anyone for any mistakes. This is a team where every individual has a very important role, whether he is in the playing XI or sitting on the bench. Our morale and the momentum are high; playing together is our strength and that is our biggest win, because we played good cricket together.”

The season started with the Zalmi losing their core, including Hasan Ali. They were the only team to retain only five players, while all other teams kept the maximum quota of eight. They then lost key players like Mujeeb Ur Rahman, Saqib Mahmood and Ravi Bopara for the second leg, and plugged the gaps by signing Fabian Allen, Rovman Powell and Fidel Edwards, while David Miller was also only available to play a few games.

Then they won five games in the group stage after the resumption to end at No. 3 on the points table. They won both their playoffs then, beating the Kings and the United to make it the final for the fourth time in six seasons.

“Winning and losing is a part of the game… and one team has to lose. The attitude and the approach is far more important, and we will see if we can convert it to a win”

“Credit should be given to (Mohammad) Akram bhai, Daren Sammy, and the entire support staff for keeping us together despite so many challenges,” Riaz said. “Whether the availability of players, or new players coming in, and the sort of heat here… they took care of everything. The man-management has been great.

“You normally see me laughing and joking around, but a captain has to be conscious and serious about everything. The situation changes every moment, and whether you lose or win, it’s always you in focus. It was a big challenge to get the team combination right after the first leg.

“We knew David Miller and Fabian Allen would leave, and had to work hard to make a team that didn’t lose it’s strengths. Whoever we got in, played according to our requirements, they responded well and rose to the occasion. Every decision we took paid off so well, and that is because the decisions were made with the right intentions and complete honesty.”

The Sultans found their way to the final with fewer struggles than the Zalmi, but Riaz doesn’t expect that to make a difference. “You see a smile on my face; there is no pressure on me or on the team,” he said. “We worked hard in the last 15 days for this day, and to be where we are right now. So all the pressure has been absorbed. It’s time to go out and express ourselves, play good cricket, and enjoy the final.

“Winning and losing is a part of the game… and one team has to lose. The attitude and the approach is far more important, and we will see if we can convert it to a win.”