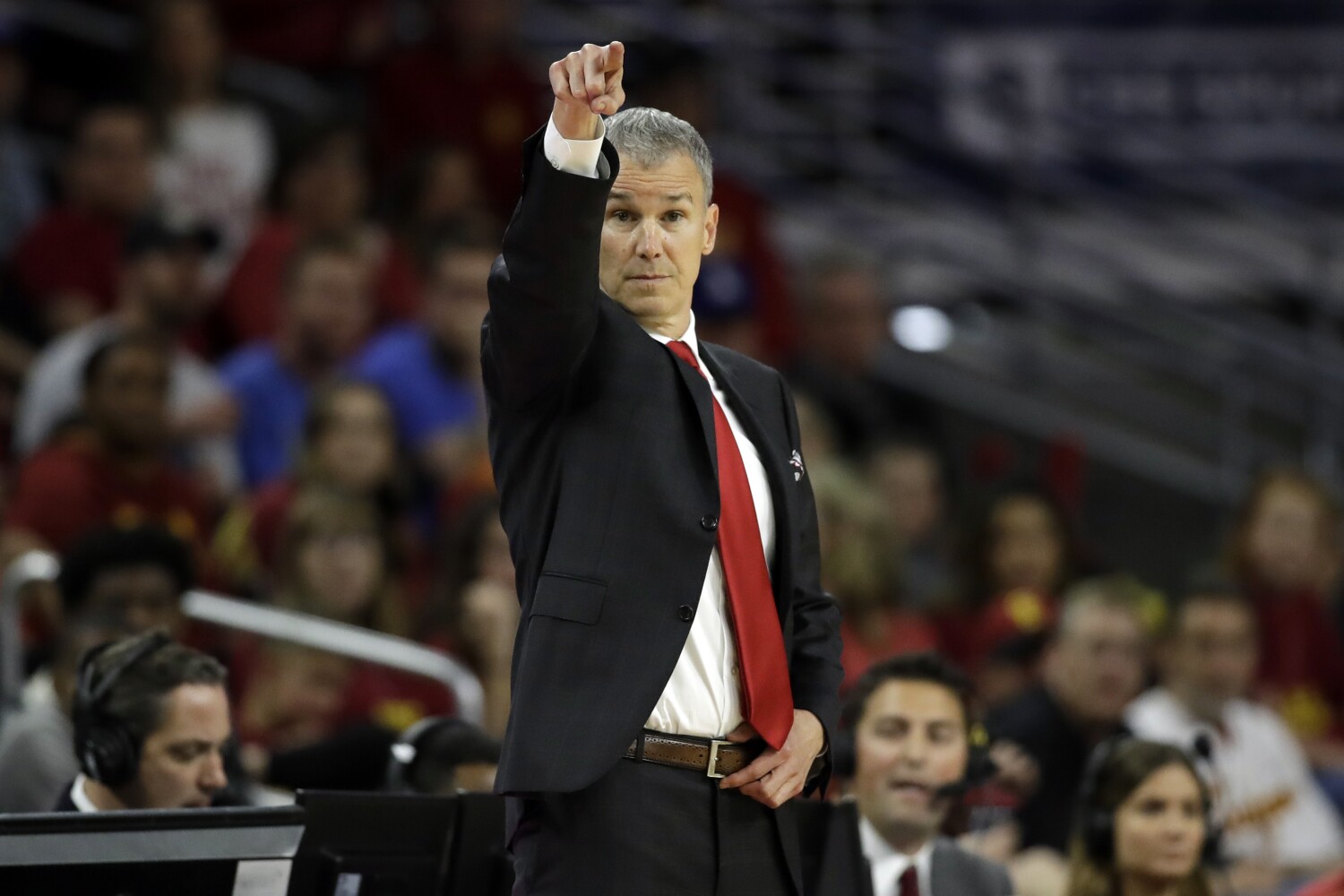 After an unprecedented offseason kept USC from practicing indoors until a couple of weeks ago, a roadmap has been set for the return of Pac-12 basketball to something at least resembling normalcy.

A new 20-game conference schedule was officially announced Thursday, with five of 12 previously scheduled Pac-12 games adjusted to account for a delayed Nov. 25 start to the college basketball season. Two of those adjusted games include the Trojans, who will now face Stanford at the Galen Center on Dec. 13, before hitting the road for Oregon State on Dec. 20.

The remainder of league play is set to resume starting Dec. 30.

The adjustments are meant to allow for flexibility during the nonconference season. USC is currently slated to start its season at home on Nov. 25, before taking part in a nonconference tournament at the Basketball Hall of Fame Tip-Off in Connecticut the following week.

The Trojans will open their regularly scheduled Pac-12 slate against Colorado and Utah at home during the week of Dec. 30. After that, USC will have trips to the Arizona schools and the Bay Area through January. In February, the Trojans will travel to the Washington schools before heading to Colorado and Utah in the final weekend of the month. They’ll finish the season with three straight road games, ending on either March 6 or 7 against UCLA.

The Pac-12 tournament is scheduled for the week after that, one year after it was canceled amid initial concerns about the novel coronavirus.

Ravens and Steelers will try again Wednesday after postponements

Hugo Porta: Victory over the All Blacks an ’emotional’ moment for Argentina

Arshad Warsi reveals ‘Munna Bhai 3’ is not happening, says people should go to Rajkumar Hirani’s house and threaten him – Times of India

Arshad Warsi recently opened up about the much-awaited instalment of the popular ‘Munna Bhai’ series. While the actor feels that there is not...
Read more

It is BTS band-member Jin’s 28th birthday today, but the real gift is for his fans as he dropped an emotional solo track...
Read more

After a mechanic named Charles Vititoe was injured while working on the rim assembly of a semi-trailer chassis in Charleston, South Carolina  Flexi-Van...
Read more

Was India right in getting a concussion substitute for Ravindra Jadeja?...

McConnell Announces Second COVID-19 Stimulus Deal may be Reached by the...