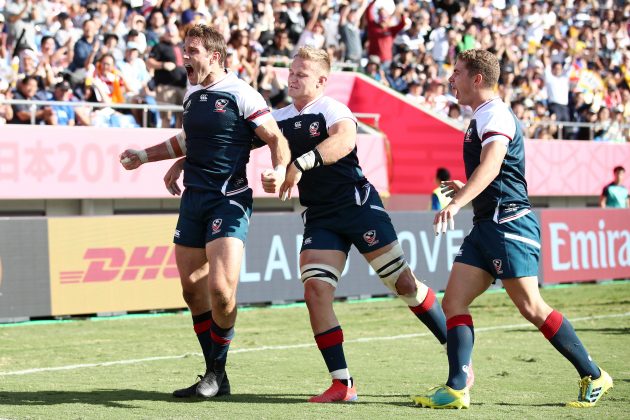 The United States of America has been accepted as a candidate to host one or more of the upcoming Rugby World Cups in 2027, 2029 and/or 2031, according to the union.

Following the completion of an internal feasibility study and having held a ‘World Rugby Dialogue Phase’, the US will officially bid to host the men’s event in 2027 or 2031 and the women’s event in 2029.

As it stands, Russia and Australia are also bidding for events, with Australia currently favourites to host the men’s event in 2027.

Back in September, the US said their study would: “focus on objective analysis, financial considerations, technical requirements and stakeholder support across the greater sports landscape. Similar to previous Rugby World Cup host unions, objective analysis will include legacy of the tournament and positive impact for the game of rugby in the United States.”

Plans Stateside will now ramp up ahead of the January 2022 proposal deadline with World Rugby. On the agenda will be schemes financial planning, event objectives, competitions, stadiums and host cities, player welfare, rugby development, legacy and more. And the Guardian reports that NFL and college American Football stadiums are being considered for potential venues.

Ross Young, USA Rugby CEO and former General Manager to Rugby World Cup, said on the official USA Rugby website: “Putting our hand up to host a Rugby World Cup is a benchmark for the game in America.

“However, the exciting stages are just now beginning as the stakeholder group continues into campaign planning. The great work this group of subject matter experts, led by former director Jim Brown, has done supersedes what has happened previously at this stage, and truly highlights the potential for a Rugby World Cup being held on American soil.”