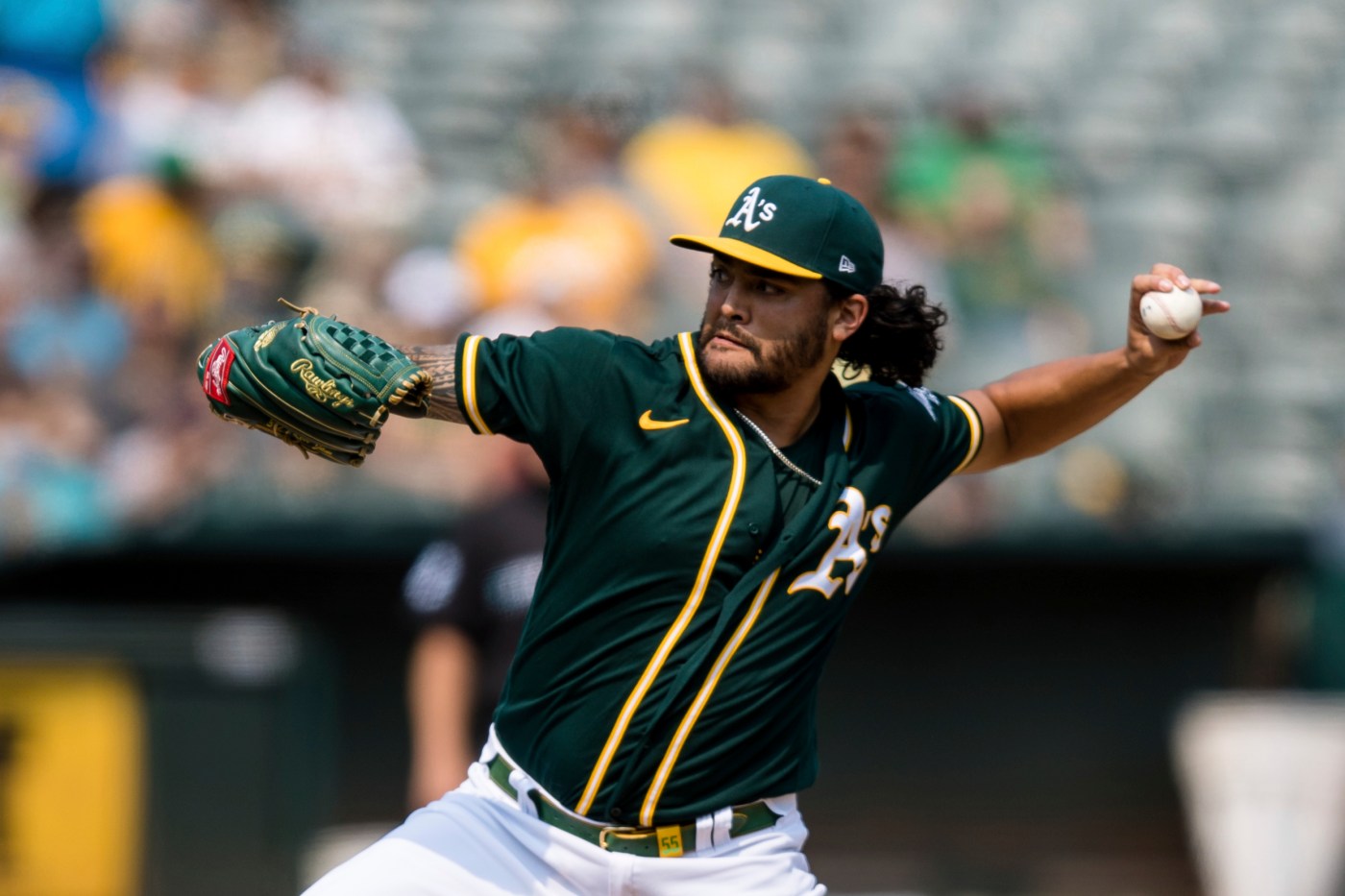 OAKLAND — Starling Marte sent the Oakland A’s to a 2-1, walk-off victory on Saturday afternoon with an extra-base hit to score Elvis Andrus from first base. But Andrus injured himself rounding third and crumpled to the ground in agony at home plate.

Following Frankie Montas’s gem in Friday’s landslide win, Sean Manaea turned in a pitching effort his team desperately needed. Similar to his previous start, Manaea relied heavily on his sinker — he threw it primarily, generating 11 swings-and-misses off it — while incorporating his slider and curveball more as the game wore on.

Jose Altuve’s double to lead off the first inning was the only hit Manaea would allow until the seventh inning, when Kyle Tucker took his sinker over the right field wall for a solo home run. Manaea had fed Tucker only curveballs in that at-bat before the 2-2 pitch. With Marwin Gonzalez’s single after, Manaea allowed just three hits with one walk and eight strikeouts over his seven innings. Lou Trivino took over in the eighth.

Tucker’s home run broke a scoreless game, shifting pressure back onto an offense that scored 14 runs the previous night. They struggled against Astros starter Framber Valdez, who’s given them fits this season with his tight curveball. The A’s took advantage of some borderline pitches, walking four times, but couldn’t scratch a run across with just two hits against him through six innings.

Designated hitter Khris Davis came within feet of a home run in the seventh, but singled off the wall with Skye Bolt coming in to pinch hit. After hitting Elvis Andrus with a pitch, Valdez exited the game for reliever and former Athletic Kendall Graveman. Josh Harrison’s flare over an outstretched Carlos Correa in shallow left field scored Bolt from second to tie the game.

They loaded the bases with walks from Matt Chapman and Matt Olson sandwiching a single from Mark Canha. Tony Kemp’s first strikeout in 88 at-bats on a pitch well above the strike zone was the first out of the inning, but pinch hitter Seth Brown struck out and Sean Murphy grounded out to strand the runners.