Home Sports rugby Stanford football goes down at home against No. 24 UCLA 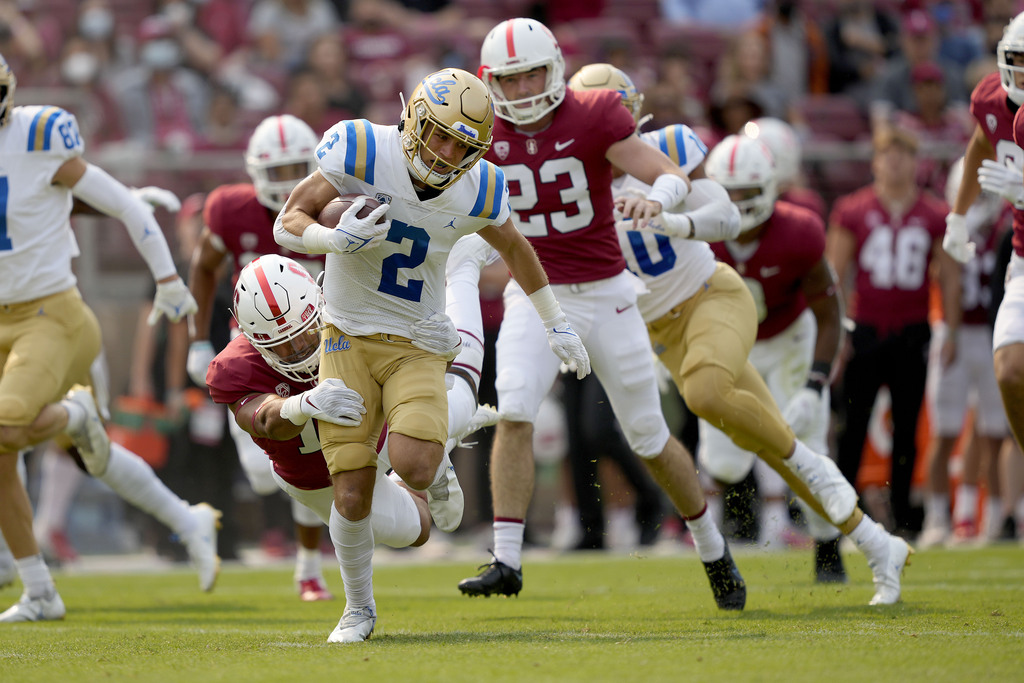 STANFORD – Stanford played in front of spectators for the first time in 22 months, including a school-record student crowd of 7,578. UCLA made sure the home fans left disappointed.

Thompson-Robinson, who led the conference in touchdown passes entering Saturday, completed 18-of-28 passes for 252 yards and two TDs and also ran for two scores. Cardinal sophomore Tanner McKee overcame a horrible start in his first appearance at Stanford Stadium to finish 18-of-30 for 292 yards and three TDs. Neither QB committed a turnover.

The game was expected to be a shootout, with No. 24 UCLA (3-1, 1-0) having scored 37 points in every game this season and Stanford (2-2, 1-1) scoring 40 points in consecutive games after Tanner McKee was named the starter. But the Cardinal offense was completely disjointed early on.

The Stanford offense went three-and-out on its first five drives and totaled just 24 yards as UCLA built a 14-0 lead. McKee completed just 2-of-9 passes for 10 yards and the running game got nowhere without three of its top four rushers, including starter Austin Jones, who missed the game for undisclosed reasons.

The Cardinal finally got a first down on a 25-yard pass from McKee to Elijah Higgins midway through the second quarter, which sparked the offense. A wide receiver screen to Bryce Farrell gained 27, and Brycen Tremayne caught a fade and tapped his foot down for a 19-yard TD to cut the deficit to 14-7.

But Thompson-Robinson, who scored UCLA’s first TD on a QB keeper, added a second on an identical play with 23 seconds left to put the Bruins up 21-7 at the half.

Preseason all-conference lineman Thomas Booker’s first sack of the season pushed UCLA back nine yards on third down and led to a 43-yard missed field goal to open the third quarter. Then came two quick-strike TD throws from McKee to tie the game.

The student attendance broke the previous mark of 6,799 set in 2013 against Washington. The university has 15,157 total students, including 6,366 undergraduates.