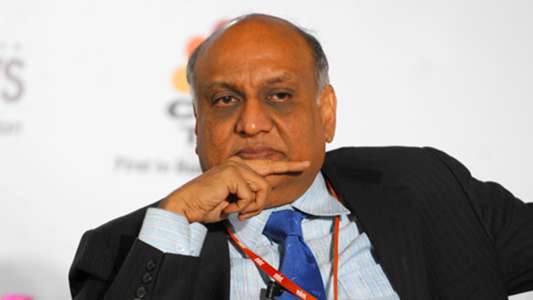 Shree Cement Limited’s Managing Director Hari Mohan Bangur has asked the East Bengal officials to sign the final agreement of the joint venture executed between the cement giants and the football club.

While Bangur mentioned that they have not sent an ultimatum yet , the deferment of signing from the club officials is affecting the preparation for the upcoming season of the Indian Super League (ISL) is getting hampered.

What did HM Bangur say?

“We have not sent any ultimatum to the club yet. We have been waiting for a very long time but the sporting events will not wait. The club officials (legacy) must sign the final agreement as soon as possible,” the Shree Cement chief told Goal.

What is going on in East Bengal?

After Quess Corp parted ways with East Bengal in June 2020 after being the club’s investor for two seasons, Shree Cement came on board as their new investors which facilitated the club’s move to the Indian Super League (ISL).

They then proceeded to establish a joint venture named Shree Cement East Bengal Foundation, in which the cement giants held 76 per cent stakes while the club had 24.

After Shree Cement’s arrival, a term sheet was signed by both parties in September 2020 in the presence of West Bengal Chief Minister Mamata Banerjee who had played an important role in bringing the company on board as the club’s new investor.

On the basis of the term sheet, the club’s sporting rights as well all its assets and properties (including intellectual) were reportedly transferred to the newly formed joint venture between the two parties.

Even though the term sheet has been signed, a final binding agreement of the deal is yet to signed by the legacy officials despite multiple reminders.

While the club officials claim that certain points in the final agreement are different from the term sheet both parties had signed, a source close to the new team management has informed Goal that there are no discrepancies in the final binding agreement. The management has also asked the officials to come out in open and clarify the points which they feel are different from those mentioned in the term sheet.

Goal had earlier revealed that the team management will not sanction any further investment unless the final agreement is signed and the sporting rights are transferred to the new entity.

What happens to the club’s liabilities?

The Joint Venture between the two sides became official after the term sheet was signed in September 2020. So any liability of the club which was incurred before September 1, 2020, will reportedly be born by the club. The new management is responsible only for the liabilities that are incurred post-September 1, 2020.

What does the Sporting right of the club mean?

What are the demands of East Bengal officials?