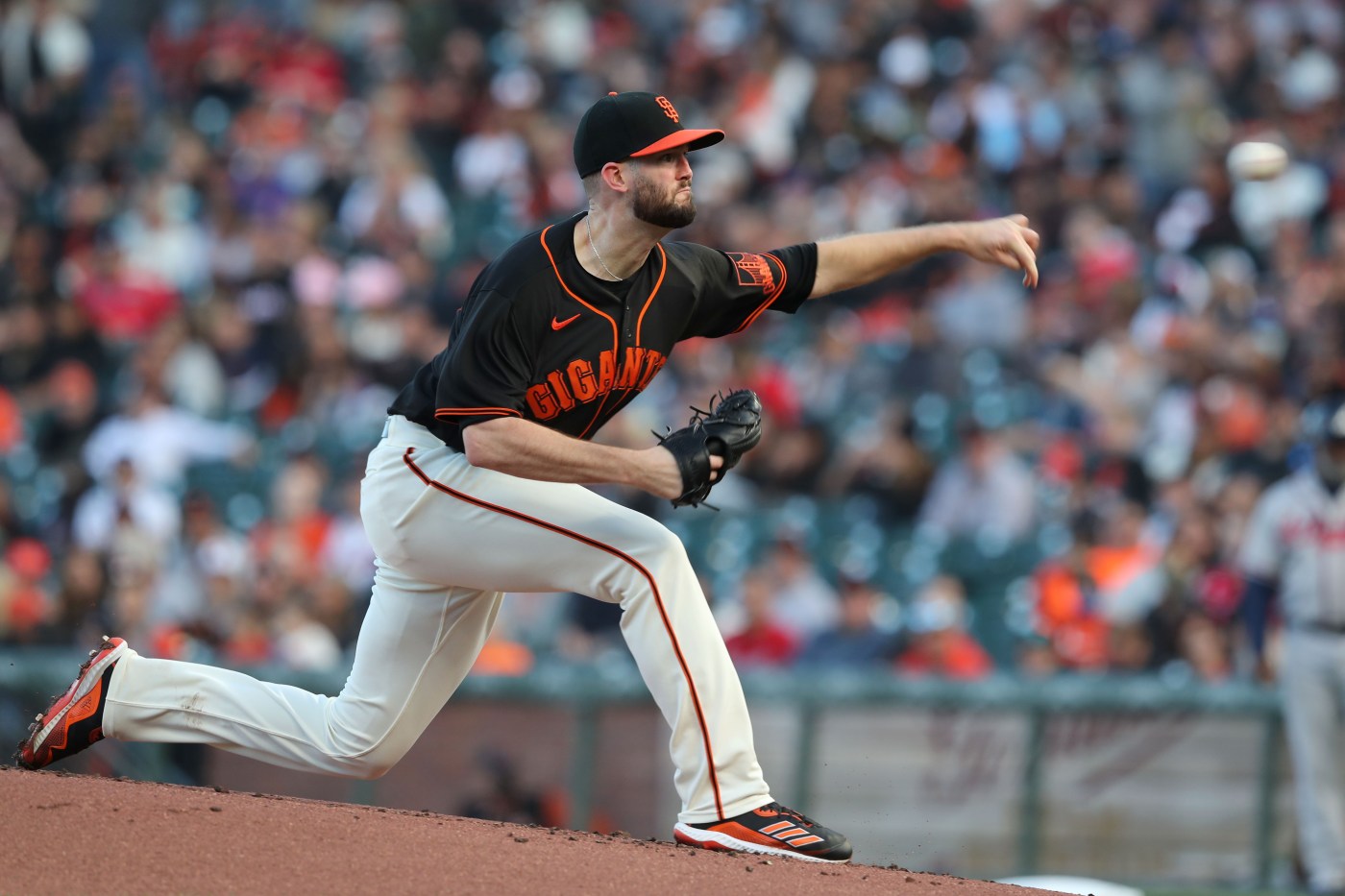 SAN FRANCISCO — The Giants won another series Friday night with a 2-0 win over the Atlanta Braves on a night in which they welcomed back a starting pitcher.

Alex Wood, out since Aug. 26 with COVID-19, threw three scoreless innings before the Giants turned the ball over to the bullpen in beating the Braves for the second straight night at Oracle Park before a crowd of 32,058.

In improving to 97-52, the Giants retained their two-game lead in the NFL West over the Los Angeles Dodgers, who beat Cincinnati 5-1 earlier in the day. Atlanta, attempting to hold on to first place in the A.L. East, fell to 76-70.

Zack Littell (4-0) was the winning pitcher after pitching out of a fourth-inning jam, and was followed in order by Jay Jackson, Jarlin Garcia, Jose Alvarez, Tyler Rogers and Dominic Leone. Leone, in his first save opportunity since Jake McGee was placed on the injured list with a strained oblique, pitched the ninth for his second save.

The Giants didn’t exactly wear the ball out in taking their on Curt Casali’s two-run single in the fourth inning, but their sense of location was excellent.

LaMonte Wade Jr. opened with a walk, with Brandon Crawford following with a ground ball that had eyes and dribbled into right field for a single. Mike Yastrzemski then pushed a bunt down the third base line that moved both runners up.

Casali was next, and he soft-served a Charlie Morton pitch into right field with both Wade and Crawford scoring.

Morton (13-6), having thrown 97 pitches, was done after five innings, giving way to Jesse Chavez in the sixth.

Wood hadn’t pitched since Aug. 26 against the New York Mets, going on the COVID-19 list four days later. He retired the side on 10 pitches in the first inning, getting stellar plays from shortstop Brandon Crawford and third baseman Kris Bryant. In the second, Wood allowed his only baserunner when he hit Travis d’Arnaud with a pitch.

After a 1-2-3 inning in the third, Wood was done for the night, with Donovan Solano sent up to pinch hit. Wood threw 37 pitches, 21 for strikes, with no walks and four strikeouts.

After a bullpen session Thursday, Wood said he felt fine but was still regaining his stamina following the virus.

Littell, who came out for the fourth inning, escaped a nasty jam with a big assist from center fielder Steven Duggar.

Jorge Soler, the first batter to face Littell, admired a deep drive to center field that appeared headed out of the park. Duggar, however, managed to get his glove on the ball at the top of his leap. He didn’t hold on to it, but his glove flipped the ball forward onto the field of play for a double.

Freddie Freeman followed with a single to left to put runners at first and third. Littell, however, struck out Austin Riley, Adam Duvall and d’Arnaud in succession as the Braves didn’t score.