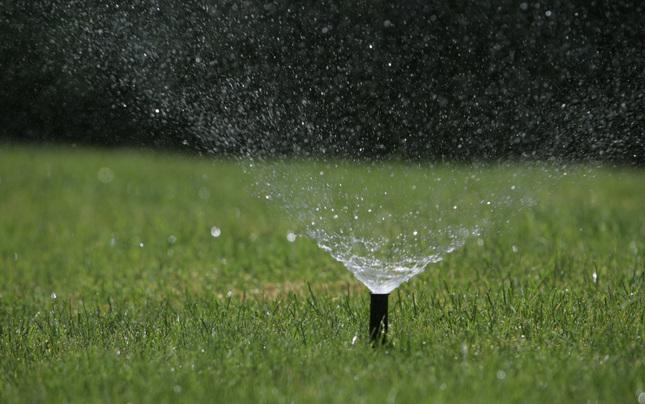 San Jose’s largest retail water provider on Tuesday announced new rules aimed at increasing water conservation as the state’s drought worsens and reservoir levels drop — chief among them a limit on watering lawns and landscaping to no more than two days a week.

They prohibit the watering or irrigating of lawns, landscaping, turf areas or “other vegetated areas” like vegetable gardens with potable water to no more than 15 minutes per day per irrigation station, with no watering between 10:00 a.m. and 8:00 p.m. to reduce evaporation. Irrigation will be allowed Mondays and Thursdays for odd-numbered and numberless addresses, and will be allowed on Tuesdays and Fridays for even-numbered addresses.

“This is an extreme drought,” said Liann Walborsky, a spokeswoman for San Jose Water Company. “We need to take all precautions to ensure that we are conserving water properly. We don’t know what next winter is going to bring. It could get worse. We don’t have control over the weather. We do have control over our actions.”

The company said it is taking the actions in response to a vote two weeks ago by the Santa Clara Valley Water District, the county’s wholesale water provider, to declare a drought emergency and request that all cities and private water companies in the county cut water use 15% from 2019 levels, which is also 33% from 2013 levels.

Last week, however, San Jose Water Company officials notified the state Public Utilities Commission that if its customers do not hit the conservation target, the company is likely to ask the PUC to grant it authority to set water allotments by Aug. 31 for homes and businesses, as it did from 2014 to 2017 during the last drought, with penalties for each unit of water above those allotments.

San Jose Water Company also announced Tuesday new rules to curb water wasting. They include: A prohibition of the use of potable water for filling or re-filling decorative fountains and ponds more than one foot deep; a ban on washing of vehicles, except at a commercial car wash that uses recycled water; and a ban on hosing down structures, sidewalks, walkways, driveways, patios, tennis courts, or other hard-surfaced, except to protect the health and safety of the public.

The past two winters in California have been the driest since 1976-77.

Santa Clara County is in worse shape than many other counties, because its largest reservoir, Anderson, near Morgan Hill, was ordered drained last year by federal dam safety officials to rebuild its 70-year-old dam, which was at risk of collapse in a major earthquake. When full holds more water than the other nine reservoirs in the county combined. But it will remain empty for the next 10 years during construction, and the other nine reservoirs are collectively just 15% full.

The county suffered another hit last month when the U.S. Bureau of Reclamation announced it would be cutting water allocations to cities by half from the Delta due to a meager Sierra Nevada snowpack.

To make up for the loss, groundwater pumping will need to increase, water district officials said. And the water district is working to buy water from farm districts in other parts of the state. But if next winter is dry, groundwater levels could drop to emergency standards, district engineers have forecast, increasing the risk of the ground sinking in Santa Clara County, which can lead to cracked roads, sidewalks, home foundations and pipes.

In response, the water district asked the dozen cities and water companies it sells water to, called ‘retailers,’ to come up with rules to hit the 33% conservation target.  Following suit, last Wednesday, the Morgan Hill City Council voted to limit lawn and landscape irrigation to two days a week, with odd numbered addresses on Mondays and Thursdays, while even numbered addresses can water on Tuesdays and Fridays.

In the coming weeks, more cities and private water companies are expected to put in place similar rules in Santa Clara County. Those rules are expected to mirror many that were in place during the 2012-16 drought, when county residents cut water use 28% from 2013 levels. The new rules could be more strict because consumers will now be asked to reduce 5% more.

Enforcement is a question, however.

San Jose Water Company officials said Tuesday they have no plans to hire “water cops” or other enforcement personnel to write tickets to people ignoring the rules.

Instead, people who see violations can all the company’s customer service number at 408-279-7900 or email  customer.service@sjwater.com. They can also call the “water wise hotline” set up by the Santa Clara Valley Water District (408) 630-2000 or email WaterWise@valleywater.org.

Both the company and the district will then notify the property owner, either by letter, doorhanger or phone call.

This is a developing story and will be updated.