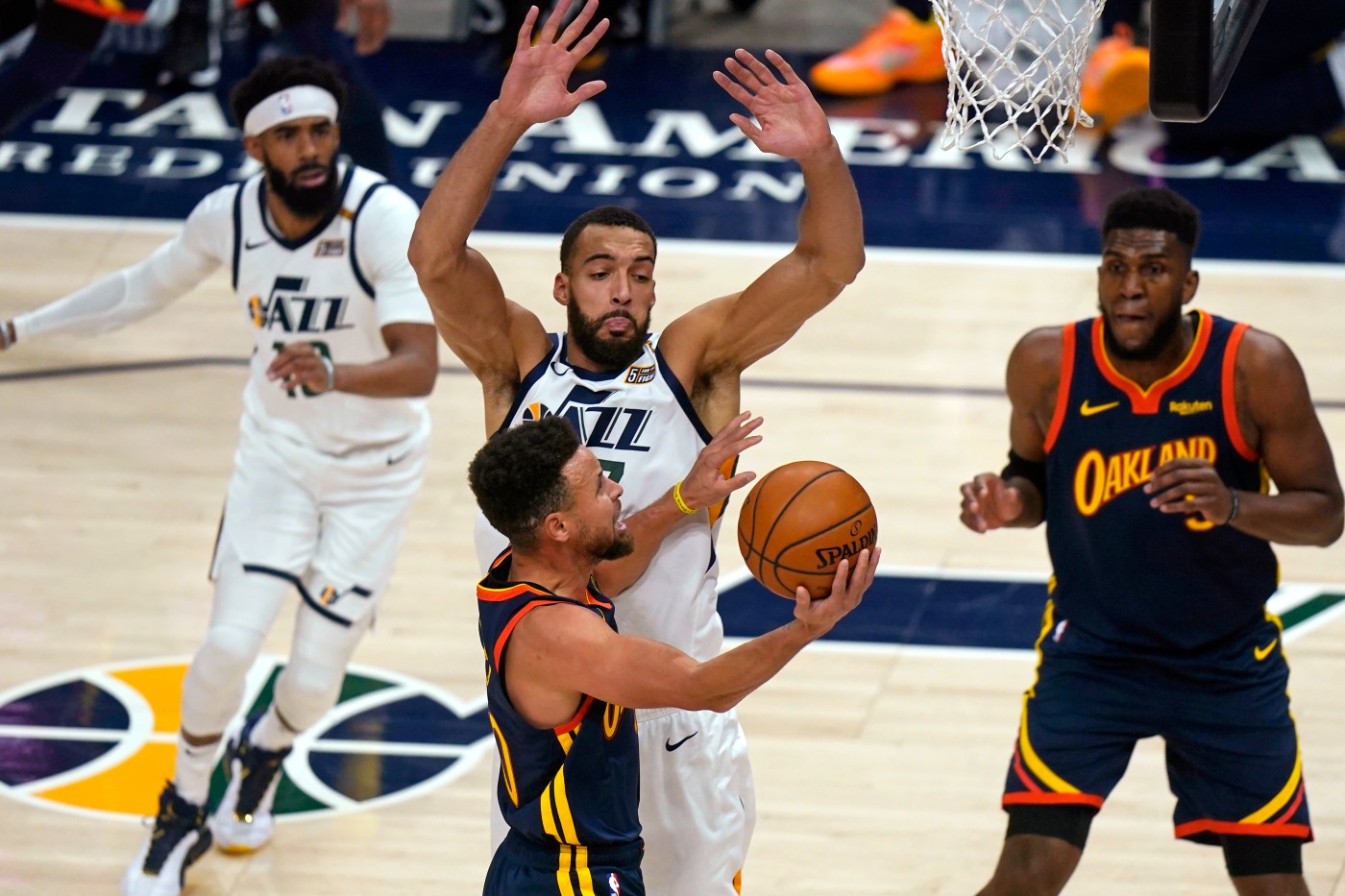 By the time Stephen Curry’s record-breaking 3-pointer dropped through the net, the game was already out of hand.

Curry moved into second place on the NBA’s all-time made 3-pointers list with a falling-away shot in the corner with 10:59 remaining in the third quarter of the Warriors’ 127-108 loss to the Jazz Saturday in Utah. However, the accomplishment was limited to a historical footnote, as the Warriors (8-8) at that time had already trailed by 29 points in a game that got out of hand early.

The Jazz (12-4), now on a league-best eight-game win streak, opened the game with a 14-0 run and eventually put the Warriors into a 17-point hole. With Curry and Andrew Wiggins each notching 10 points in the first quarter, the Warriors managed to cut the deficit to nine heading into the second period.

But that would be as close as they would get, as the Jazz uncorked a 38-17 second quarter, scored 77 points in the first half and took a 30-point lead into halftime. Facing an insurmountable deficit, the only thing left for any Warriors player to accomplish was the record.

Within the first 1:01 of the second half, Draymond Green found Curry scampering to the corner. Curry launched a 3-pointer in the face of Jazz guard Mike Conley. Curry now has 2,562 made 3-pointers for his career, behind only Ray Allen (2,973).

As much as the Warriors may celebrate Curry’s accomplishment, the loss is a disappointing one. After squandering a chance to string together their first three-game win streak of the season in Thursday’s loss to the New York Knicks, Golden State came out flat Saturday night in Utah.

This had been a team that, earlier in the week, had overcame a 19-point deficit to beat the Los Angeles Lakers, defeated the San Antonio Spurs by 22 points and seemed to be finding its identity.

But there isn’t much the Warriors can take away from a loss such as this. Golden State could not manufacture efficient shots against Utah’s defense, anchored by former Defensive Player of the Year Rudy Gobert, and provided little resistance itself. Led by Donovan Mitchell’s 23 points, the Jazz made 47.9% of their shots (20-for-50 from 3-point range).

My co-worker’s jokes are way out of line

Firefighter Eddie Stacy was turning his fire truck around in the dark while responding to storm damage when he noticed a tiny light coming...
Read more

Ravichandran Ashwin is a thinking cricketer, who is constantly reinventing himself, said former India batsman VVS Laxman, insisting that preparation is key to the...
Read more

A complainant who claimed he suffered a “psychotic” episode that led him to deliberately crash his car into a wall has lost his bid...
Read more

Physicist creates AI algorithm that may prove reality is simulation

LIVE NOWThe golden night of Hollywood is here – the Golden Globe Awards 2021 is on in full swing with Hollywood royalty and television’s...
Read more

When Should You Think Twice About Salary Negotiation?

Kate Lindsay, a 28-year-old writer in New York, was thrilled when she was offered a staff writer position at Rolling Stone magazine’s website...
Read more