The Top League season has been delayed, with the opening fixtures pushed back until early or mid-February by the Japan Rugby Football Union (JRFU) due to a coronavirus outbreak 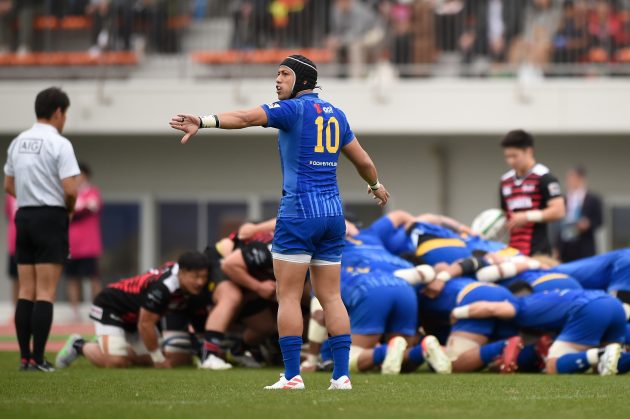 Top League start of season delayed due to coronavirus

The beginning of the Top League season has been delayed after 18 new positive Covid-19 cases were confirmed on Thursday. This is just two days after 44 positive cases from players and staff were confirmed.

Three cases at NEC Green Rockets, ten cases at Kobe Steel Kobelco Steelers and five cases at Toshiba Brave Lupus led to the league’s delay. JRFU judged that it would be difficult to provide a safe and secure environment for players, staff and officials under the current circumstances. The tournament is expected to restart in early to mid-February.

High profile arrivals to the league, such as two time World Player of the Year Beauden Barrett, Aussie captain Michael Hooper, and Scotsman Greig Laidlaw, among others, will all have to wait to take the field in the Top League.

However, Top League have determined it a priority to complete the 2021 season. This term is due to finish on May 23, as a new professional league is intended to launch in 2022. Thiswould  also allows the Japan national team to prepare for summer fixtures, including a game against the British & Irish Lions.

Therefore, there will be an adjusted format to the 2021 season. Firstly, the 16 Top League teams will play the first stage of round-robins in two groups of eight. Then, the top four teams in the Top Challenge League will then join the Top League to create a 20 team knockout competition.

With the recent positive tests, JRFU Chairman Kensuke Iwabuchi stressed that covid protocols were the teams’ own responsibility.

Despite this, Top League Chairman Osamu Ota and Iwabuchi remain hopeful that the season will still be completed. Further plans have also been created should there by any further delays.

Restoring Environmental Rules Rolled Back by Trump Could Take Years

Then there are the longer-term rollbacks. It could take two years or more for the administration to restore Obama-era climate change regulations, rolled...
Read more

NEW YORK: Stocks that traded heavily or had substantial price changes Thursday:ACI Worldwide Inc., up $1.87 to $40.50The payment systems company is...
Read more

"It is with great sadness we share the passing of our home run king, Hank Aaron, who passed away peacefully in his sleep,"...
Read more

Lindsey Graham says the Senate is “not going to split the...