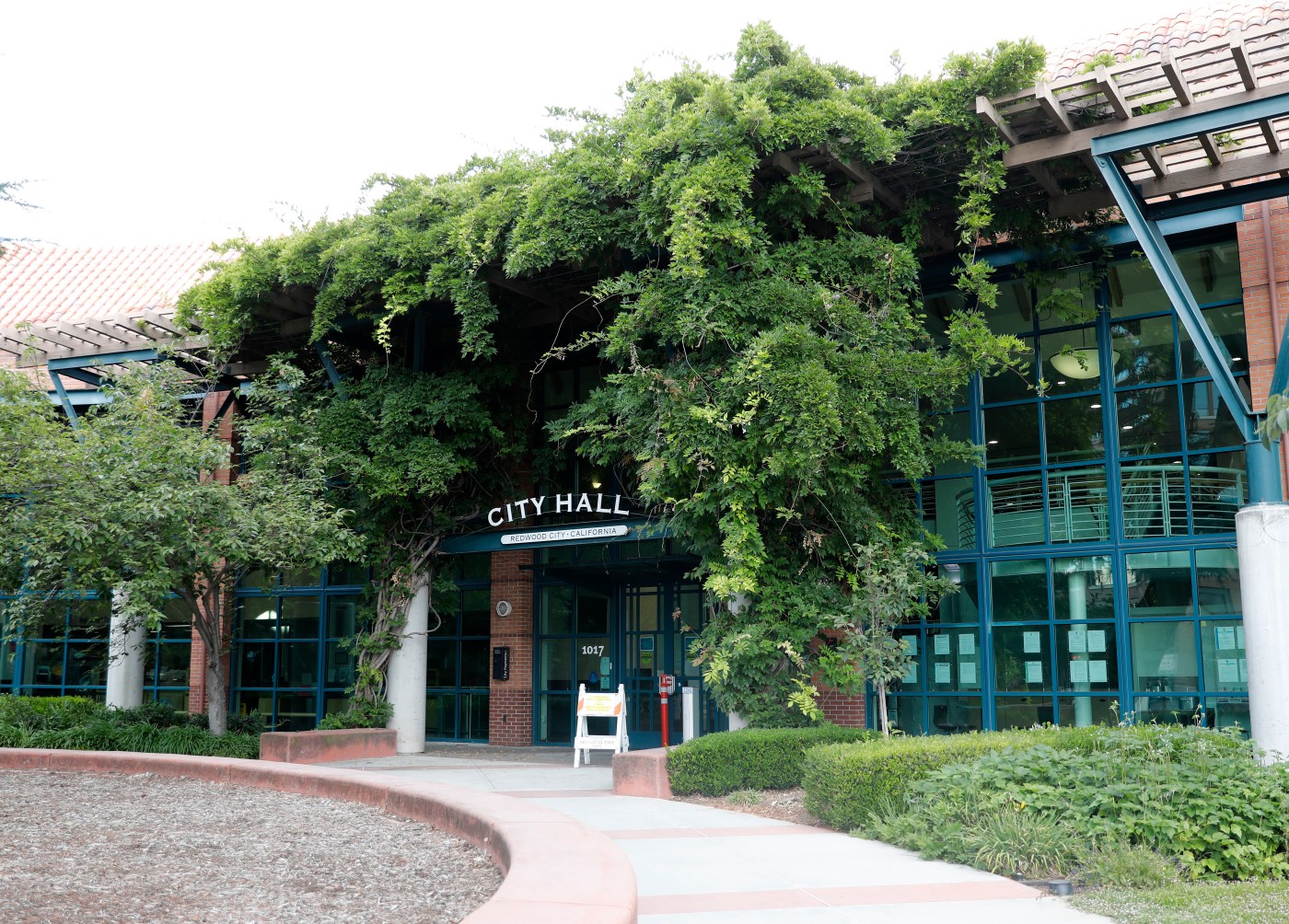 Firefighters breathed a sigh of relief Tuesday after the Redwood City city Council decided not to slice $2 million out of its budget and close a fire station, but looming deficits may force other cost-cutting measures, including a police department hiring freeze that reform supporters are praising.

To reduce a revenue shortfall projected at $7 million to $13 million, staff came up with a plan to slash the budgets of all city departments and enact a hiring freeze.

The proposal originally included a 5.6% reduction to the fire department’s budget, which would have meant “browning out” Engine 9 at the department’s downtown Redwood City station.

But after public outcry from firefighters and residents, staff revised the budget proposal before Monday’s council meeting and instead recommended tapping money from the city’s reserve funds to leave the fire station alone.

Johanna Rasmussen, chairwoman of the Farm Hill Neighborhood Association, had criticized the idea of cutting the fire budget at a time when wildfires are at the top of everyone’s minds.

“We have been working with the department on fire safety since our area was identified as very high risk for wildfires,” Rasmussen told the council. “While we consistently pay our fair share, we don’t have a dedicated patrol office or engine. Our neighborhood has had increased blackouts due to the increased risk of wildfires, and now in the middle of the season the city is proposing cuts.”

Councilman Ian Bain agreed that staff’s original proposal before the public backlash would have posed risks.

“I’m glad it’s not part of the recommendations anymore,” Bain said. “I was part of the council that worked hard to restore Engine 9 funding, so I would encourage our staff to dig a bit deeper into reserves until we have a bigger picture of what the economy will look like.”

Interim Fire Chief Dave Pucci said he was happy to see Engine 9 will not be removed, though he acknowledged the fire department isn’t out of the woods yet and conversations about downsizing and cost-cutting still must be had. He said he’d bring some ideas to the bargaining table with the firefighters union.

“There’s going to be a component” of cost-cutting, Pucci said. “Our biggest cost is the people, but we’re lean anyway. Maybe we could cut some administrative costs and whatever else labor wants to talk about. We just need to keep a positive attitude.”

Meanwhile, the council is still considering a citywide hiring freeze, including for nine vacancies in the Redwood City Police Department that could save $2.5 million.

A caller who identified himself as Brett told council members during their virtual meeting he’s glad the city won’t be hiring more patrol officers and urged further defunding of the police department.

“Thank you for freezing the hiring of police department officers and exploring a mental health emergency program, but I would urge the council to remove police from mental health calls,” Brett said, referring to a program the city is starting that pairs police officers with mental health professionals for certain non-violent calls. “I’m also concerned with the budget reductions to parks and the library. These cuts could be reduced by reallocating funds from the exorbitant police budget.”

Lisette Espinoza-Garnica, a council candidate who is trying to unseat Councilwoman Janet Borgens in Tuesday’s election, said during the public comment period that a hiring freeze is “the least the council can do.”

“We want to see permanent and larger cuts as well as alternatives to be better funded,” Espinoza-Garnica said. “The way the budget doesn’t look to take away funding from police but take away life saving services, it seems the council is out for blood. … Cutting these services right now just shows the council isn’t prioritizing our safety.”

How did so many Pakistan players test Covid-positive?

Two weeks ago, all 54 members - players and support staff - of the Pakistan squad tested negative for Covid-19 and were cleared...
Read more