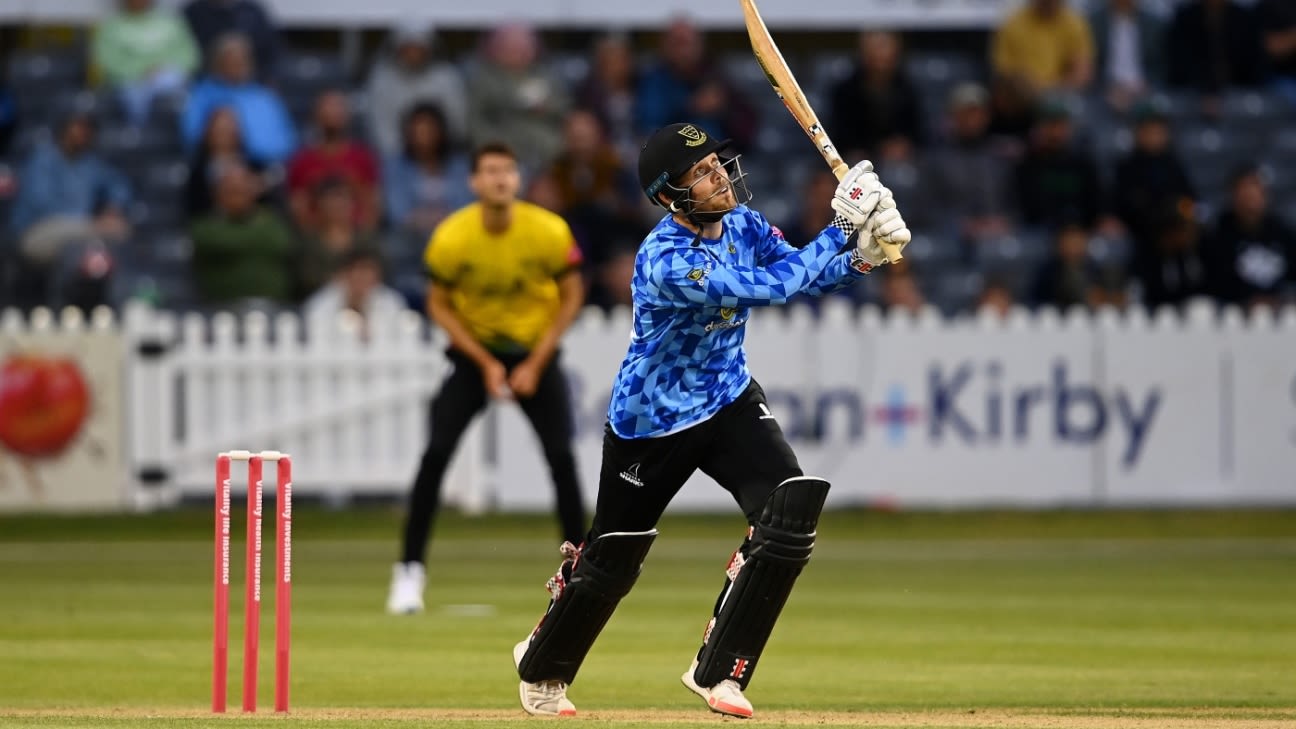 Phil Salt and George Garton gunned down a target of 178 with 16 balls to spare to get Sussex off to a winning start in the Vitality Blast with a five-wicket win at Gloucestershire.

3,600 were admitted into Nevil Road, with all tickets sold in advance, but the fans were sent home disappointed by a flat-out chase.

Salt, in his first appearance of the season for Sussex, made 77 not out from 49 balls and Garton, who had only made 103 runs in 23 T20s before this, made 46 from only 25 balls as Sussex waltzed home.

The chase was initially under pressure as David Payne held Travis Head, for 2, at short-third man before taking Ravi Bopara caught and bowled first ball. Josh Shaw then took out David Wiese’s off stump for only 11 and Delray Rawlings lazily clubbed Graeme van Buuren to long-on to leave Sussex 57 for 4 after the Powerplay.

But Sussex kept the pedal down. Salt lifted two sixes over long-on and whipped Matt Taylor behind square for four. He slapped Shaw for two further boundaries and with Garton slog-sweeping two sixes to the short side, the chase was in control at 102 for 4 by halfway and they never relinquished their position.

It rendered Gloucestershire’s 177 for 7 well short having been sent in. Glenn Phillips made 42 from 27 balls but he and the rest of the order threatened greater damage before Sussex took regular wickets to keep their hosts in check.
Sussex handed a debut to 16-year-old Archie Lenham, who became the second-youngest player in Blast history after Hamidullah Qadri for Derbyshire in 2017, and he enjoyed a fine debut with 1 for 34.

A legspinner who plays club cricket for Eastbourne, Lenham was handed the seventh over and bowled with confidence, using his change-ups, bowling quickly and flat with a large leg-side boundary for comfort. He conceded five from his first over and then forced Taylor to hole out to long-on, drawing a heart-warming joyful leap of celebration.

A third over saw him heaved twice over deep midwicket by Phillips but was trusted with a final over that conceded only seven.

Garton’s career-best effort with the bat followed a fine performance with the ball where he claimed 3 for 19, including just three from two overs in the Powerplay.

Virat Kohli: ‘Win or lose this game, cricket does not stop for us’