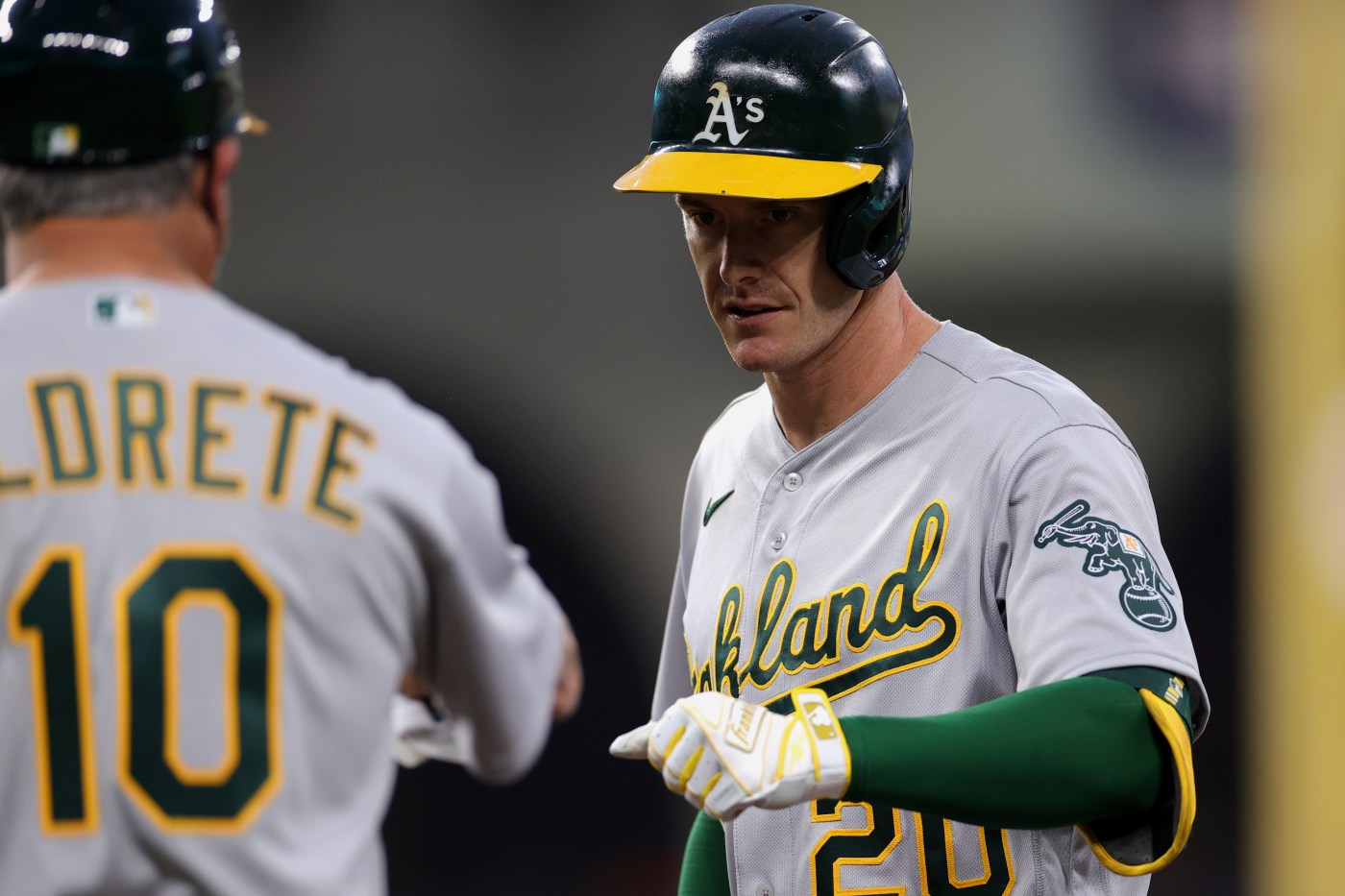 After taking a brief respite on Wednesday, the Oakland A’s went right back to their losing ways in a 6-2 loss to the Houston Astros on Thursday in front of a half-packed house at Minute Maid Park.

The A’s move to 1-7 on the season, tacking their first road loss onto their worst home stand of more than three games since they went 1-8 in the first home stand of the 2001 season. It may provide some solitude to know, then, that that 2001 team that featured the Big Three, Miguel Tejada, Eric Chavez and Jason Giambi went on to win 102 games that season. That 2001 team went 2-10 to start the year.

Like this 2021 A’s team, the 2001 club had a somewhat difficult schedule to start the season that included six games within the first two weeks against a Seattle Mariners team that would go on to win 116 games. The current A’s team has struggled mightily, now facing their division foe for a fifth time in eight games along with the defending World Series champion Los Angeles Dodgers for three.

A road trip didn’t change the A’s losing pattern. And the ugly numbers will only start to build as taller hurdles the A’s will need to clear if they want to repeat as division champions. If they continue to play like this — the team is adamant they’re playing nowhere near their standards — that quest will only grow dimmer. Especially after handing five wins to their strongest division rival.

Left-handed starter Cole Irvin held his own against one of the league’s toughest lineups, allowing two runs through the first five innings. Carlos Correa hit an opposite field home run in the second inning and struck again in his next at-bat, firing an RBI double down the left-field line to give the Astros a 2-0 lead.

Astros slugger Yordan Alvarez had his turn in the sixth inning, smashing a no-doubter into Minute Maid Park’s second deck in the right-field stands. A walk to Correa spelled the end of Irvin’s outing with one out in the sixth. J.B. Wendelken couldn’t stop the bleeding. Kyle Tucker hit an opposite field double and Myles Straw brought both runs home with a single into the right field corner.

With reliever Deolis Guerra in for his A’s debut in the seventh inning, Jose Altuve added to the wreckage with a monstrous solo home run off a hanging slider.

Conversely, the A’s bats stayed ice cold and unable to push a single run across the plate. Despite seeing Astros starter Cristian Javier for a second time this season already, the offense looked befuddled by his dazzling slider and mid-90s fastball.

Not only were they unable to capitalize on scoring opportunities — those chances were so few and very far between. They collected all of three hits against Javier and went 2-for-6 with runners in scoring position. The Astros bullpen held them hitless until Aramis Garcia’s first hit of the season in the ninth and scoreless until Stephen Piscotty’s RBI single. Jed Lowrie entered the game as a pinch hitter and hit an opposite field single to score Piscotty. It was well too late. They have now collected six hits or fewer in seven of their first eight games.

Liverpool’s Henry on ESL: I alone am responsible

Najmul Hossain Shanto: ‘I believed in myself to score big runs’