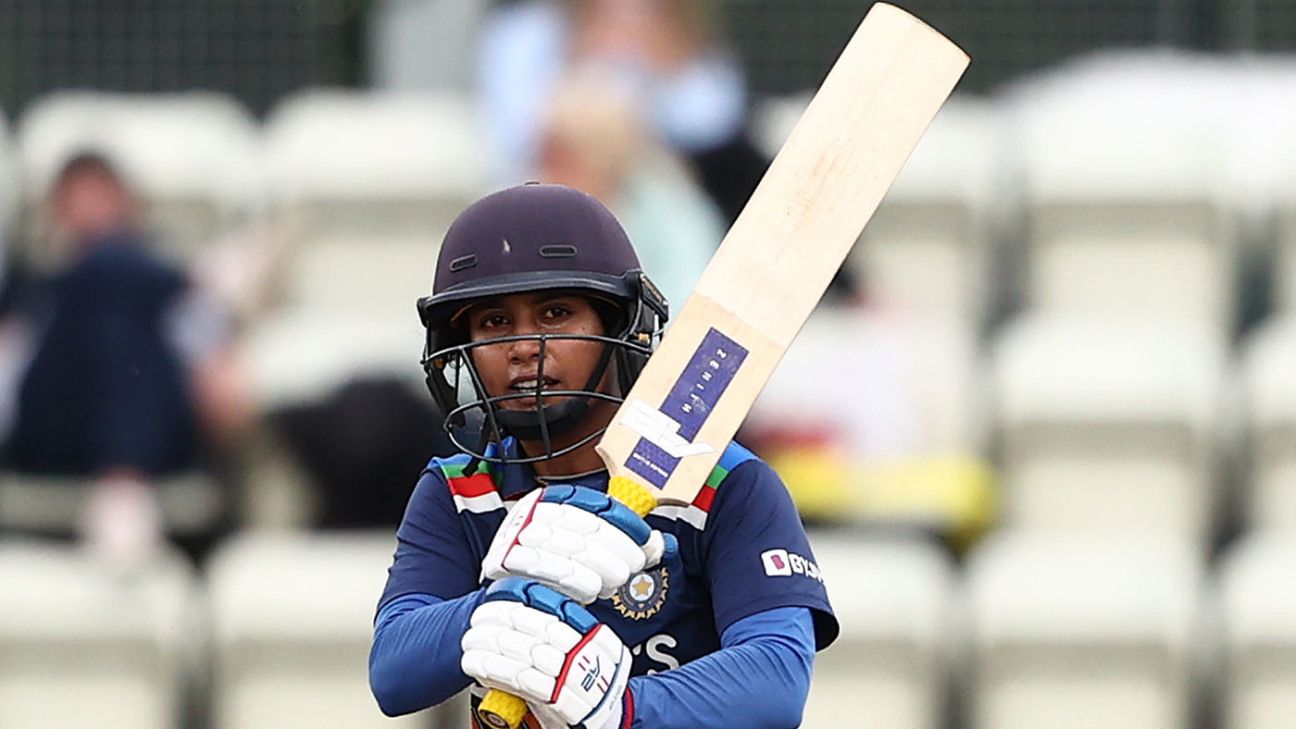 India captain Mithali Raj wants her batting line-up, especially the top order, to dig their heels in and “play according to the situation” in the upcoming ODI World Cup, instead of channeling their focus “entirely” on strike rate. And, when the need arises – which, in India’s case, is often, going by their up-and-down performances with the bat since the 2017 World Cup – they must take the responsibility to “get your team out of the hole too”.
India have been trying to score 250-plus totals on a consistent basis and, according to Raj, this is the blueprint by which they can achieve it. To further reinforce the point, she cited the example of Beth Mooney and her epic 125 not out last year where she started off circumspect, risking a low strike rate for prolonged periods of time, before hitting top gear.

“I think too much importance isn’t given to strike rate by you all?” Raj asked in response to a question on India’s takeaways regarding dot-ball percentage and boundary rates from the Australia tour, where they lost the ODI series 2-1. “Because it is always spoken [of] when it comes to batting or putting up big totals.

‘I just wanted to know if you all only follow the strike rates of the India players or the players from the other teams, because if you might give me an opportunity to enlighten [you], the Australia [ODI] series itself, the game that Australia won, the decider, if you’ve seen Beth Mooney, who scored her 50 in 80-odd balls, but she went on to play a match-winning innings for the team.

“So, as for me, I believe that cricket is a game played on situations on the ground. And yes, it is important that we keep that in mind that we need to have a healthy strike rate. But at the end of the day, it’s how our batting unit revolves and [what] the depth of the batting unit in our team [is].

“So yes, when we have to score 250-270, we need to have a healthy strike rate, but having said that, we will not only entirely focus on strike rate, it’s important to play an innings to win and build partnerships, and that happens, not because of strike rate but because you apply and play according to the situation on the ground. Sometimes you have to play fast, but sometimes you have to play to get your team out of the hole too.”

India, who were runners-up in the 2005 and 2017 tournaments, are looking to win their first world title in New Zealand in March.