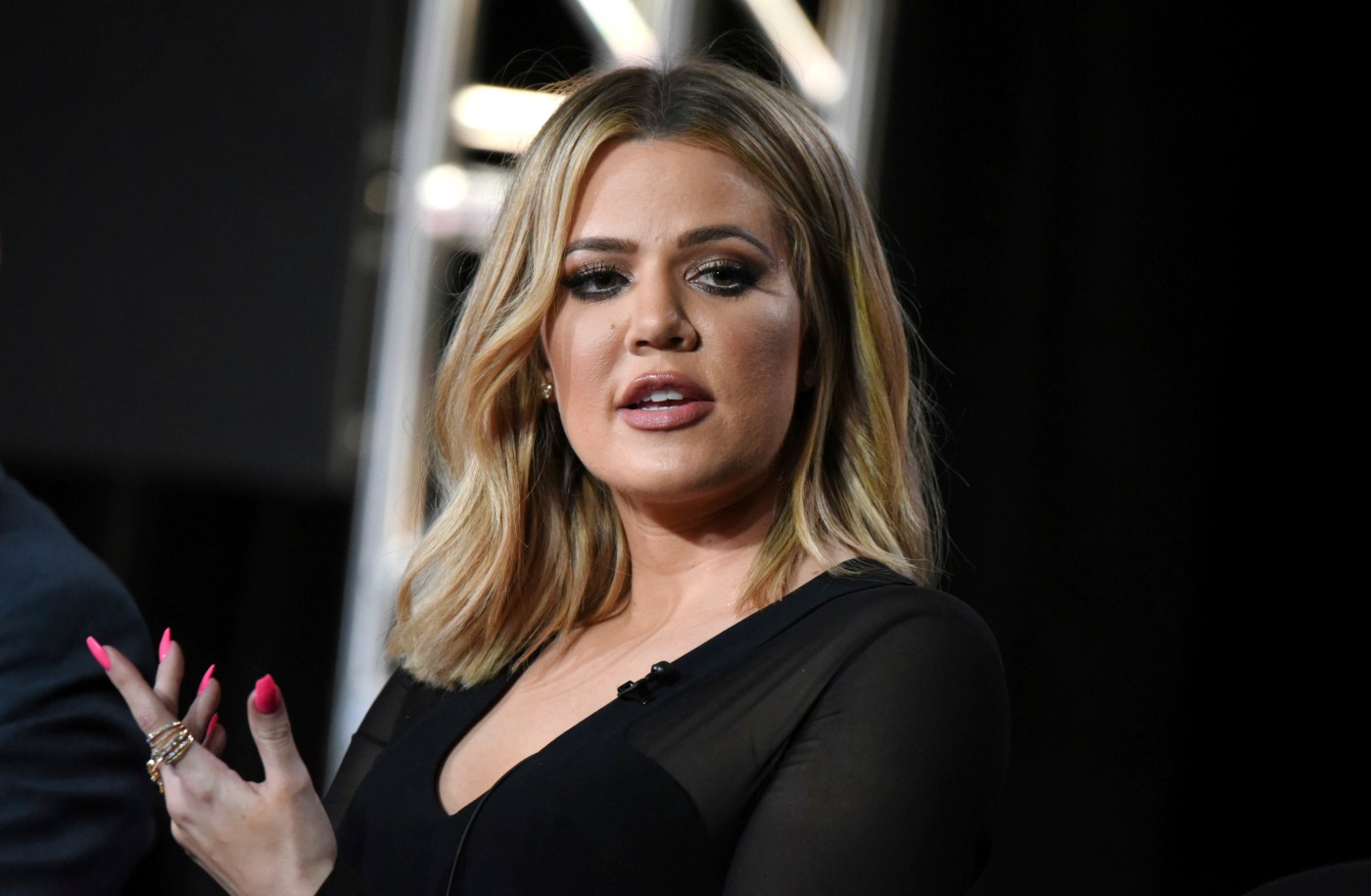 Khloe Kardashian wasn’t met with as much sympathy as she perhaps hoped for when she opened up Wednesday night about her personal struggles with body image to justify her family’s efforts to get an unedited bikini photo of her removed from the internet.

The 36-year-old reality TV star and fashion brand entrepreneur issued a lengthy statement on Instagram and Twitter to respond to the debate about the unedited photo, which many found to be highly flattering, if “natural.” She explained how she has “struggled with body image her whole life” as a reason for why the dissemination of the unedited photo was so upsetting to her.

Kardashian then illustrated her statement on Instagram by sharing other glamorous images of herself — one topless, others with a toned physique — that she said was un-retouched and unfiltered. She wrote: “When someone takes a photo of you that isn’t flattering in bad lighting or doesn’t capture your body the way it is after working to hard to get it to this point — and then shares it to the world — you should have every right to ask for it not to be shared — no matter who you are.”

While a fair number of people sympathized with Kardashian’s complaints about the “intense scrutiny” she has faced all her life to “be perfect,” many others said she and her sisters have profited off the culture that fuels that intense scrutiny and promotes “impossible” and “unrealistic” standards of beauty. These critics also accused Khloe and her sisters of contributing to the body image problems experienced by many women and girls by constantly posting edited and retouched photos of themselves when promoting their TV show, fashion and beauty brands and other products.

Khloe Kardashian legitimately went live just to show off her body so we can forget abt the unphotoshopped pic. pic.twitter.com/cs3ZrSPPjU

“I feel for Khloe Kardashian and the criticism she receives, but if she finds it hard to meet the ‘impossible standards’ set for her, imagine how ‘normal’ people feel, trying to reach the impossible standards and body shapes set by her and her sisters,” someone tweeted in response.

“Khloe and the Kardashians are the reason why girls feel so bad about their bodies and have eating disorders!”  tweeted another person, while sharing the unedited poolside photo of Khloe Kardashian that ignited the scandal. “Unfortunately her actions prove that normal looking girls are not good enough or insta worthy if it’s not airbrushed to the nines #KhloeKardashian #khloe.”

Actress and body positivity activist Jameela Jamil also joined the discussion. She has been a frequent critic of Khloe Kardashian and her sisters for telling people that they can look like them if they use their recommended beauty and diet supplements — while not admitting that their looks also are the result of high-priced photography, production design, personal training, strict diets and, allegedly, cosmetic surgery.

Jamil noted that Khloe Kardashian may have felt “bullied into this mind state,” but she said now would be a good time for her “to admit to surgeries, thinning photographs and videos, and to stop being part of the culture that makes girls like her hate herself. No more diet products. No more ‘revenge body.’”

This is what I was saying. She was bullied into this mind state. But now is also a really good time to admit to surgeries, thinning photographs and videos, and to stop being part of the culture that makes girls like her hate herself. No more diet products. No more “revenge body.” https://t.co/KghUckybbZ

Kardashian was forced this week to save her reputation as a celebrity who promotes body acceptance after Page Six and other outlets reported that “Team Kardashian” had “gone into overdrive” to get publications and social media accounts to remove the private, unedited photo of her.

The photo shows the mother-of-one looking svelte in a leopard-print bikini, but apparently without make-up and without editing to remove what she might consider to be imperfections. The Kardashians have become notorious for using editing and filters to remove perceived imperfections or to appear more slender in photos they post to Instagram.

The Sun reported that Kardashian had “completely lost it” after the photo began circulating online, and Page Six said that the Kardashians had threatened legal action against sites that posted the photo.

“The color edited photo was taken of Khloé during a private family gathering and posted to social media without permission by mistake by an assistant,” Tracy Romulus, chief marketing officer for KKW Brands, said in a statement.

But many welcomed this more “natural” photo of Kardashian. She herself called it “beautiful” in her statement, while acknowledging her “privilege” and the idea that she had signed up for a certain level of public scrutiny by being a reality TV star.

But Kardashian explained that the photo didn’t meet her own standards for how she likes to present herself to her more than 175 million fans on Instagram and Twitter. While insisting she wasn’t looking for sympathy, she listed all the unkind things people have said about her over the years: “Khloé is the fat sister,” “Khloé is the ugly sister,” or “The only way she could have lost that weight must have been from surgery.”

“You never quite get used to being judged and pulled apart and told how unattractive one is, but I will say if you hear anything enough then you will start to believe it,” she added. “This is how I have been conditioned to feel, that I am not beautiful enough just being me.”

While many agreed it’s “her body, her business,” others said her statement was “dishonest” or was full of contradictions — how she said she would like to feel beautiful “just being me,” while complaining about the dissemination of a flattering photo of her apparently “just being” her.

“Khloé’s statement simply failed to acknowledge the role she’s play in perpetuating the beauty standards that she’s calling unbearable,” someone tweeted. “She basically says that she’s going to keep editing her photos because that’s her right (and it is) — but that’s just nonsense circularity.

Others expressed sadness over the fact that she sought to address her body image struggles by sharing more glamorous photos of herself, displaying what Jamil might call “revenge body.”

there’s something so viscerally sad to me about khloe kardashian going onto instagram and showing her body in a low-light room because slightly unflattering unedited photos of her leaked.

If fans had mixed reactions to Kardashian’s statement, she received unqualified support from the famous women in her family. Her supermodel sister Kendall Jenner replied on Instagram: “Yes! you beautiful, strong, HEALTHY queen!”

Kim Kardashian and Kylie Jenner also expressed how much they loved her.

Kardashian’s mother and manager Kris Jenner shared more lengthy praise, writing: “Khloe, you are the kindest, most loving, most supportive, most beautiful heart I’ve ever known, and I adore you and am so proud of you … you are an inspiration to all of us and I appreciate and love you each and every single day. Thank you for teaching the rest of us to be kind and to not judge … you are one of a kind … what a blessing you are.”

Doctors in Hungary question reopening amid spike in deaths

Review: PAC-MAN 99 - The BR Formula Freshens Up Another Timeless Classic