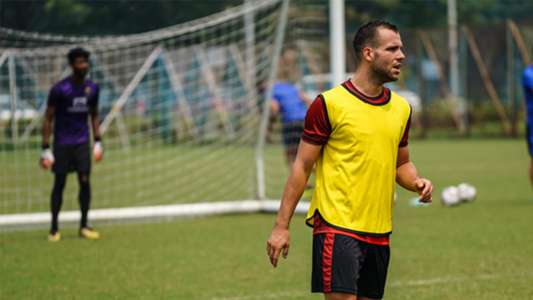 Kerala Blasters have initiated steps to get the ban lifted…

Indian Super League (ISL) club Kerala Blasters have received a letter from the global football body FIFA stating that the club has been banned from signing players in the upcoming transfer window.

The Yellow Army is set to sign Serbian Ivan Vukomanovic as head coach, as reported earlier by Goal but has now come across another issue as they prepare for the new season.

The correspondence from the FIFA player status committee was made on June 1 and the AIFF has sent a letter to the club on June 7.

Why did Kerala Blasters get a transfer ban?

The Kochi-based club has been served a ban by FIFA who has acted upon a complaint about unpaid salary by former player Matej Poplatnik.

Players can approach FIFA if they aren’t paid their wages on time and the global body is expected to intervene to get the issue resolved.

How can Kerala Blasters proceed after the transfer ban?

Kerala Blasters can solve the transfer ban issue by paying the dues to the player. The ban will be lifted immediately once the payment has been made and FIFA has confirmed the same.

What next for Kerala Blasters?

The club only needs to pay the amount following which they will be allowed to sign new players in the transfer window which starts from June 9, 2021.

As per sources, the club has already initiated steps to resolve the issue and the ban is expected to be lifted once they receive official communication from FIFA after the confirmation of payment remittance

East Bengal’s Jhonny Acosta is another foreign player who has approached the FIFA player status committee to get his wages and the Red and Golds have also been punished with a transfer ban by the football body.

How did Matej Poplatnik and Kerala Blasters part ways?

Poplatnik, who had a year left on his contract with Blasters, spent the 2019-20 season on loan at Hungarian club Kaposvari Rakoczi. He managed just one start in a total of six appearances during his loan spell.

Although he initially looked set to return to the club, Poplatnik chose to move on, with Blasters deciding that they want to head in a different direction under the then head coach Kibu Vicuna.

Matt Damon on Getting Emotional Over ‘Stillwater’ Response at Cannes

Paytm Said to Eye IPO by End of October: All We...