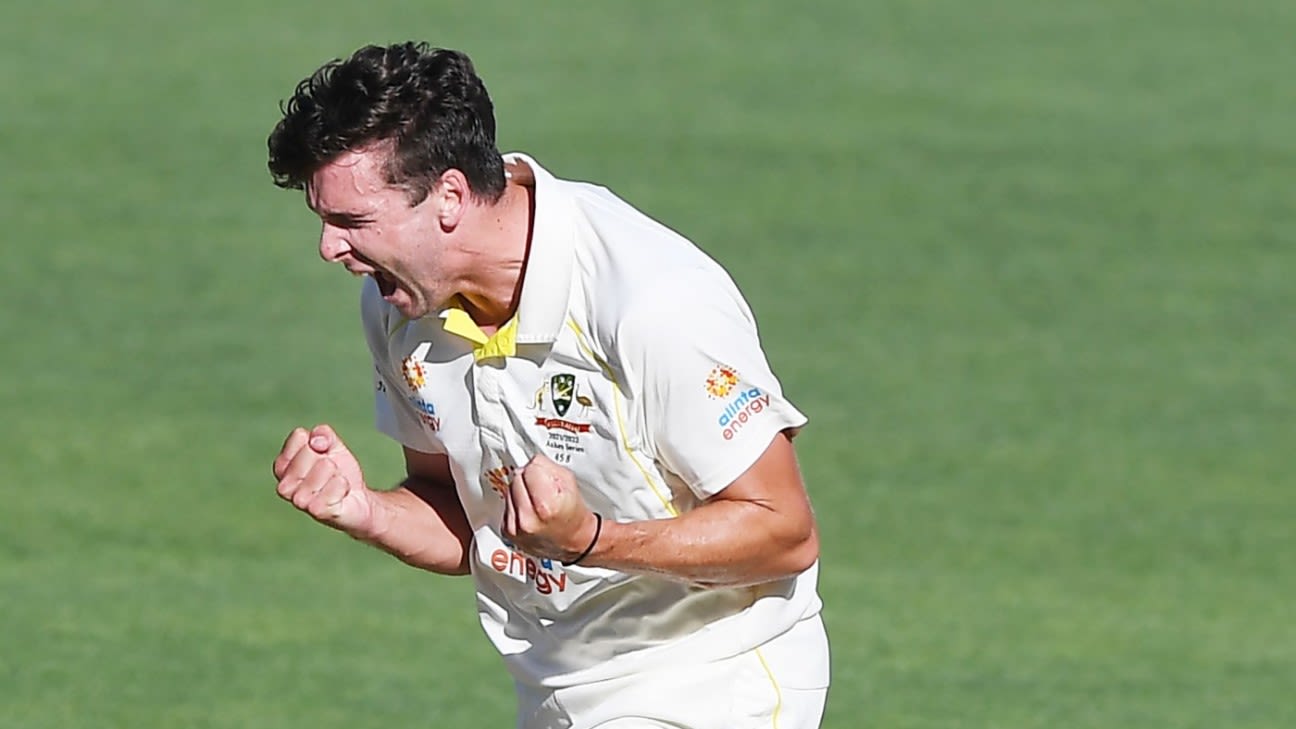 Pace bowler Jhye Richardson says he’s on board with the decision to rest him for the Test tour of Pakistan and backed Justin Langer to secure a new term as national coach.

Richardson’s three-year hiatus from the Test arena came to an end in December when he was part of the Australian unit that beat England by 275 runs in the day-night Ashes clash in Adelaide. He snared 5 for 42 in the second innings in a stunning display, but an injury to his left foot and shin kept him out for the rest of the series.

He has battled a series of shoulder injuries in recent years and selectors want to take a careful approach with him to avoid his body breaking down. Richardson has been selected for the upcoming five-match T20 series against Sri Lanka but he will be rested for the three-Test tour of Pakistan, which begins in March.

“These conversations have always been positive, there’s never been a negative word said regardless,” Richardson said. “It’s making sure we’re in the best place possible to play for the next 10 years, and making sure the body is right and 100 percent moving forward.

“It would be exciting to play Test cricket in the subcontinent, it’s a big challenge. But for me now the focus is most certainly on the Sri Lankan series with another T20 World Cup coming up.”

National selector George Bailey indicated he still expected Richardson to play a part during the winter with a Test tour of Sri Lanka also in the calendar. In the short term, though, it is unclear what cricket Richardson could play after the T20I series with the domestic schedule yet to be determined and Western Australia’s hard border adding to the complexity.

“He is a player that we we’ve got long term expectations for,” Bailey said. “He still hasn’t played a huge amount of cricket coming back from the injuries and things that he’s had over the past couple of years. So just making sure that he gets the opportunity to build up the way that he needs to build up is really important.”

Richardson will line up for Perth Scorchers against Sydney Sixers or Adelaide Strikers in Friday’s BBL final at Marvel Stadium. He will still have to manage the injury he suffered during the Ashes.

“I had a scan on it [the shin], and it showed the muscle was pulling on the bone a little bit, so there was a little bit of stress there, which is why it’s taken longer to settle down,” Richardson said. “But throughout the whole time it’s been functional. I’ve been able to play and bowl throughout that whole series, and then moving into Scorchers stuff.”

Meanwhile, Langer’s future is still uncertain despite helping Australia secure the T20 World Cup crown and a 4-0 Ashes triumph. Richardson, who played under Langer at WA, wants the veteran coach to be rewarded with a fresh deal.

“For someone to come and take the World Cup, to then win an Ashes 4-0, I can’t fault anything that JL has done,” Richardson said. “JL and I have always gotten along really well. What he’s been able to achieve recently has been absolutely amazing. And no doubt the guys from a playing point of view have full faith in him. He’s been awesome.”