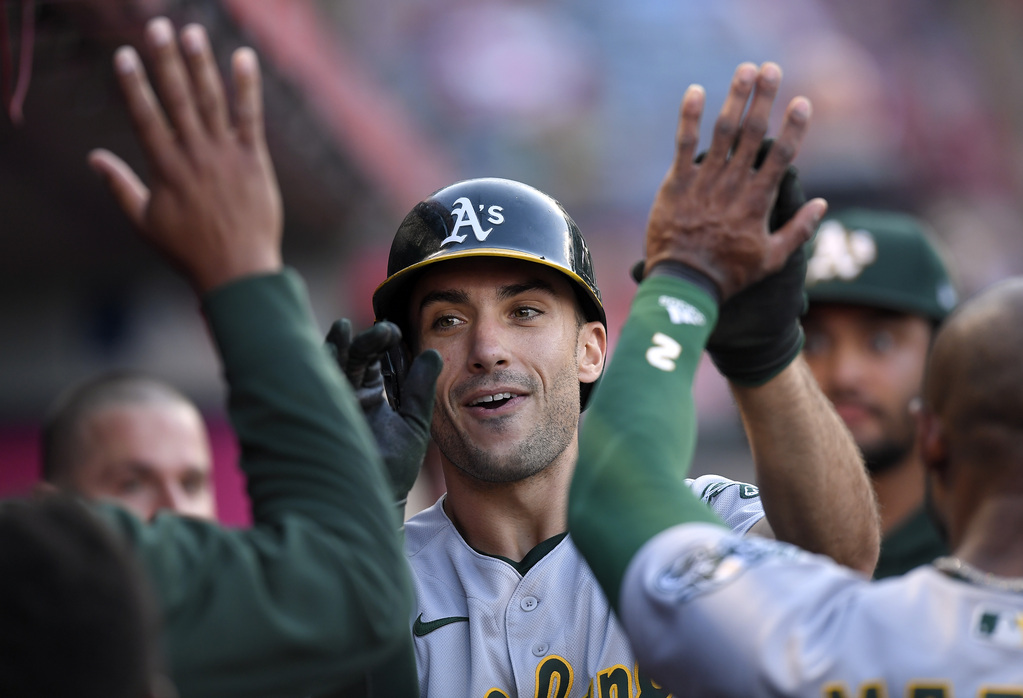 Concern over rookie James Kaprielian’s innings count forced a move to the bullpen 48 hours ago. An injury to his fresher-armed replacement, Daulton Jefferies, had him flipped back into his start on Saturday. And Kaprielian looked far from fatigued.

Kaprielian dealt six scoreless innings with just two hits allowed, no walks and five strikeouts to lead the Oakland A’s to a 3-1 win over the Los Angeles Angels on Saturday night.

Kaprielian thrived throwing his fastball up in the zone, where he got some favorable calls and plenty of swings-and-misses to help tame Shohei Ohtani, who struck out once swinging, and A’s-killer David Fletcher, who went hitless against him.

The A’s offense gave him run support early in a first-inning two-out rally against starter Jose Suarez. Matt Olson hit his 36th home run, a solo blast to make it 1-0. After Mark Canha drew a walk, Chad Pinder and Matt Chapman connected for a pair of doubles to make it 3-0. But they wouldn’t score after that.

In relief of Kaprielian, Deolis Guerra looked to have escaped some traffic with a thrilling 3-6-1 double play, an Olson specialty at the first base corner. But Guerra stumbled over first base, forcing the ball out of his glove. While the first base umpire called Luis Rengifo out initially, replay review deemed him safe and everyone came back on the field with runners on the corners. Manager Bob Melvin was ejected following the review after a heated conversation with umpires. Jose Rojas made it pay, knocking Ohtani home from third with a single.

The Angels threatened to win it, loading the bases against Andrew Chafin with two outs in the ninth inning. But Josh Harrison sno-coned Max Stassi’s line drive, representing the game-tying runs.

COVID: Newsom, Schaaf, get boosters, urge jabs ahead of holidays