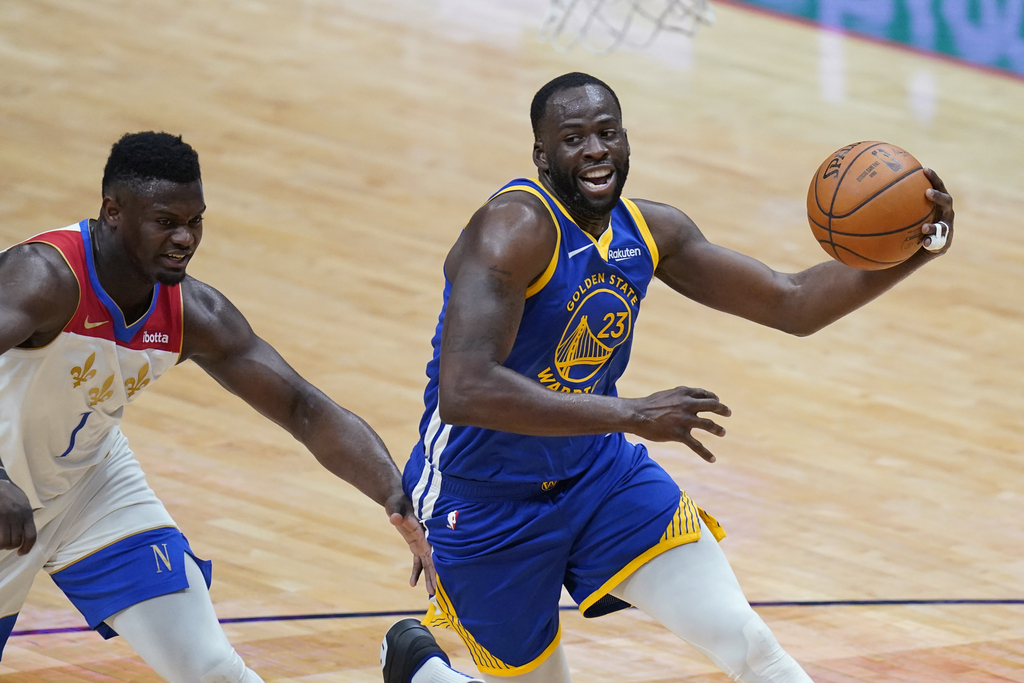 Hey, Dieter is a weekly wrap-up of the questions that I receive via email, Twitter, radio call-ins, and my morning rooms on the Locker Room app.

Also, questions I receive in more analog ways. What a concept!

If you want to get in on this action, you can email me at dkurtenbach@bayareanewsgroup.com, tweet me @dieter, text me at 510.479.0932, or yell at me on the street.

A warning: Some of the names have been changed to protect the innocent and some names remain the same to shame the ridiculous.

Is it time to trade Draymond Green? — Brad via email

» I feel like we have this conversation once a quarter, but let’s rehash it:

While trading Green feels sacrosanct, I don’t think it’s a subject that cannot be broached.

Ultimately, I don’t think there’s much of a trade market for him, seeing as he has three years and roughly $75 million remaining on his contract, and I know that no one is going to come in with a value that’s truly compensatory to the Dubs.

In Green, the Warriors have arguably the best defender in the NBA and the point guard of their offense (he averaged the same number of assists per game as Chris Paul). Of the three things teams need to win the postseason, Green gives the Warriors two — a defensive anchor and an operator on offense.

There’s a zero percent chance they could land a player like that in a trade for Green.

Was his missed floater at the end of the play-in game against Memphis an encapsulation of a serious issue? No doubt.

But CJ McCollum won’t affect winning the same way that Green will for the Warriors. Nor will a Myles Turner or anyone else who is not an All-NBA player (and even some of them do not).

Maybe the jumper comes back. Maybe not. It’s not a death sentence for the Warriors either way, if they take care of business this offseason.

The Warriors’ goal this offseason should be to get a perimeter player who can score off the dribble for the team’s closing lineup. Easier said than done with the Dubs’ salary cap constraints, but it’s not impossible.

That kind of player with Curry, Thompson, and Wiggins, will leave the Warriors with one non-shooter on the floor in late-game situations. Far too often this year, the Dubs had two, sometimes three.

When that’s the case other teams can highlight Green’s deficiencies. When Green is the only non-shooter on the floor, it highlights his strengths, which are still prodigious.

Why didn’t the 49ers make a stronger run at Julio Jones? — too many folks to count

It takes two to tango when it comes to a trade. There’s no doubt that the 49ers were interested in acquiring the now-Titans wide receiver — one of the best to ever do it — but it doesn’t sound to me like Atlanta was too interested in keeping Jones in the NFC.

It doesn’t help that the 49ers were not keen to create salary-cap space or give up the requisite draft capital to land Jones.

Other than that, it was a done deal…

Of course, hindsight makes that decision look bad: All it took Tennessee was a 2022 second-round draft pick and a 2023 fourth-round selection — they received a near-worthless sixth-round pick back from Atlanta, too.

The Niners could have matched that, no?

Technically, yes, but from what I can surmise, the cost was a bit higher for an NFC team and the Niners — bereft of early-round picks after the Trey Lance trade — didn’t want to take out another mortgage on the future.

Plus, they would have had to move a bunch of money around to fit Jones under the salary cap — Atlanta didn’t want to hold onto any cash in the deal. That means restructures, extensions, and tough cuts, unless the Niners cut Jimmy Garoppolo, which they don’t want to do right now. (They’d rather trade him for one of those first-round picks they gave away for Lance.)

I don’t know if I agree with the Niners not going all-in for a second time this offseason, but I can understand the decision.

After all, the Niners rarely run three wide receiver sets, outside of third down. Jones is incredible, but is bringing in a third starter-caliber wide receiver the best use of the team’s limited assets? Is it worth having to re-make the entire team balance sheet?

I can see why the Niners opted against it.

So who will be the Niners’ third-down ace?

The top choice would be Richie James, but it sounds like old friend Mohamed Sanu is making a run at it.

“He’s been having a hell of a camp,” Kyle Shanahan said Wednesday.

“He was doing very well,” Niners offensive coordinator Mike McDaniel added. “If he comes back to training camp in that same shape, he’s going to be a guy that is going to be tough to beat out for that final 53[-man] roster.”

There’s also Travis Benjamin, Jauan Jennings, and, I suppose, Jalen Hurd, who I am starting to believe is a myth.

This is honestly the best battle going into Niners training camp. I wouldn’t be stunned if there are other players added to the mix in August.