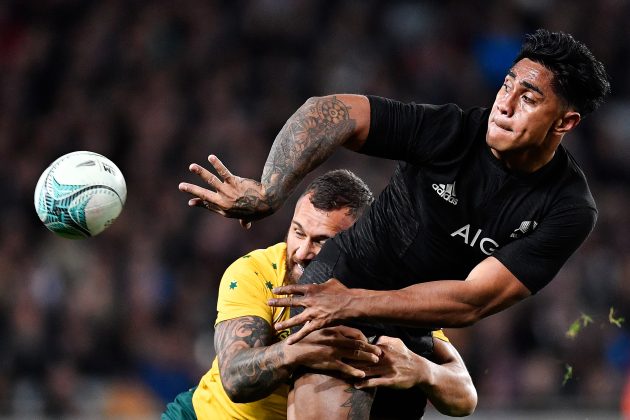 With the final repêchage to qualify for Olympic Sevens will take place in Monaco over the 19-20 June, Tonga have pulled out the names of some familiar faces for the event. Standing out amongst them is former All Blacks centre Malakai Fekitoa.

The other players in the mix for Tonga are former Wallabies lock Lopeti Timani, Australian sevens international Afusipa Taumoepeau, and Tima Fainga’anuku, who has also represented New Zealand sevens.

Fekitoa starts at centre for Wasps against Leicester Tigers in their last match of the Gallagher Premiership season, and he is expected to join up with Tonga after that.

Provided Fekitoa has not represented New Zealand for three years or more, and has a passport for Tonga, he has the opportunity to change affiliation to another nation. If Fekitoa plays enough, he can attain the right to play for Tonga’s national 15s side.

For the men’s repêchage competition, ten teams have been drawn into two pools of five teams. Teams will play against all four opponents in their pools with the top two teams from each pool progressing through two knockout stages, with a winner being decided in the final.

Tonga are in Pool A with Samoa, Ireland, Zimbabwe and Mexico. France are in Pool B alongside Hong Kong, Chile, Uganda and Jamaica.

In the women’s repêchage, there are 12 teams split into three pools. The top two teams in each pool, plus the two third-placed teams with the highest point totals, will qualify for the knockout stages of the competition. Both winners in the final two games will claim their ticket to Tokyo.

Tuesday’s draw saw Colombia and France, the only women’s teams to have participated in the Rio 2016 Olympic Games, paired together in a strong looking Pool C alongside Hong Kong and Madagascar.