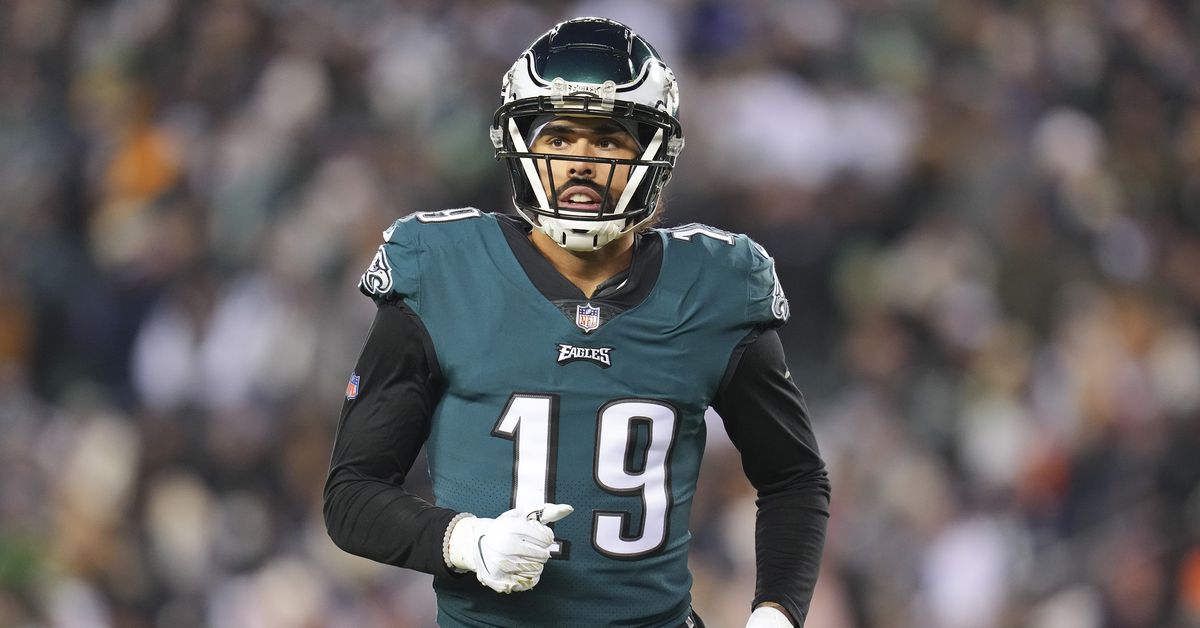 J.J. Arcega-Whiteside is a wide receiver no longer.

The 2019 Eagles second-round pick is reporting to Philadelphia’s offseason workout program as a tight end, according to the Inquirer’s Jeff McLane. JJAW is said to have “added weight during winter training” so he’s somewhere up above where he was previously listed at 225 pounds.

This news hardly comes as a total shock. No shortage of outside observers have wondered if JJAW might benefit from changing positions.

That being said, one would be naive to think a simple switch is going to totally unlock JJAW’s potential. He was basically already contributing as a blocking tight end last year. For what he was relative to very low expectations, he was fine. He blocked well enough, he helped out on special teams, and he even made a nice (and much-needed) first down catch in the New Orleans Saints game.

But while he’s salvaged his career to some extent, JJAW has still been a big bust relative to where he was drafted. I don’t know him getting bigger and slower is really going to change that much for the better. Even if he has some nice moments in training camp, it’ll be hard to put a lot of weight in those since he’s done that in previous summers only to do nothing too meaningful when the regular season rolls around.

JJAW should hardly be a lock to make this year’s roster. First of all, there’s no guarantee the position change will work out in his favor. Even if we assume the experimentation does go well, he’s going to beat out other players. Dallas Goedert is obviously locked in at the No. 1 tight end spot. Behind him, it’s Jack Stoll, Richard Rodgers, Noah Togiai competing for TE2 and TE3 roles. That’s not exactly the stiffest competition but one must consider the Eagles could also add a tight end or two through the 2022 NFL Draft and/or undrafted free agency. Tyree Jackson is also in the picture at tight end, though he’s a strong candidate to start the season on the PUP list as he comes off a torn ACL.

Moving JJAW to tight end can’t hurt. I still don’t think anyone should be holding their breath hoping that it’ll amount to much.