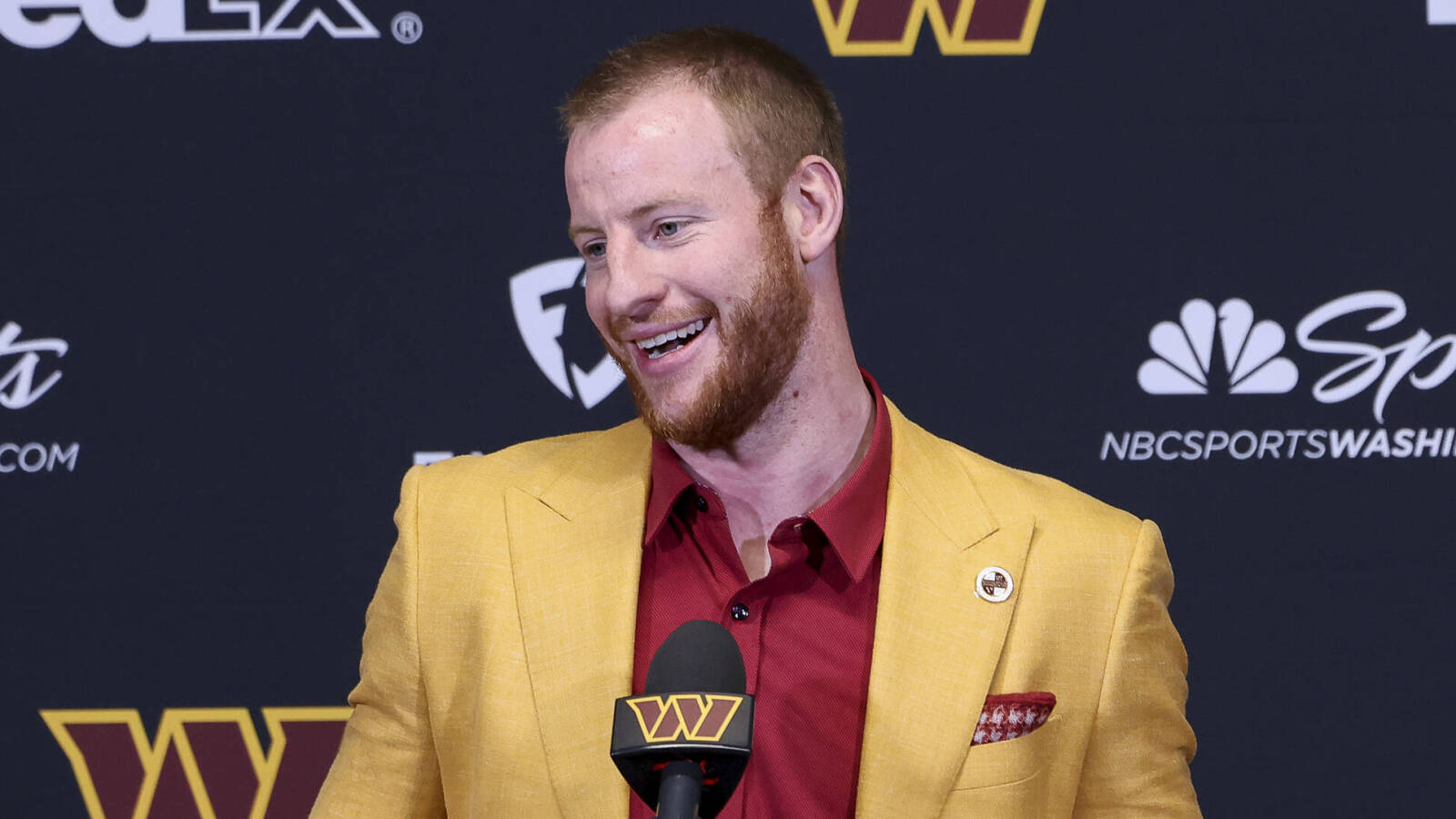 Washington Commanders starting quarterback Carson Wentz is heading into the 2022 NFL season with many around the league skeptical of his play and attitude. After paying a hefty price to acquire him, it’s clear the Commanders hold a very different evaluation.

Everyone understood coming into the offseason that the Commanders wanted to find a quarterback upgrade. While Taylor Heinicke proved to be a serviceable fill-in starter, he never offered enough to make this team a legitimate contender. The NFL Draft also lacked certainty among the signal-callers. Once Russell Wilson and Deshaun Watson quickly ruled out the Commanders, they had to explore alternatives.

Suddenly, a deal came out of nowhere. Washington traded the 42nd pick, 73rd pick and a conditional 2023 third-round pick to the Indianapolis Colts for Wentz, the 47th pick and the 240th pick in the 2022 NFL Draft.

It came as a huge surprise to the NFL. The Colts had no success finding another suitor for Wentz, with most believing he’d either be released or Indianapolis would need to cover part of his contract. Instead, Washington absorbed the entire salary and gave up multiple Day 2 picks.

According to Nicki Jhabvala of The Washington Post, the Commanders organization views Wentz as a lot more than a bridge quarterback or a one-year experiment. Instead, head coach Ron Rivera thinks he could be Washington’s long-term solution at quarterback.

The assessment within the organization is a clear sign that Washington won’t be spending one of its top picks on a quarterback. Instead, the front office will likely build a team with the vision of it being a long-term core to support Wentz.

Why the Commanders are making a mistake with Carson Wentz