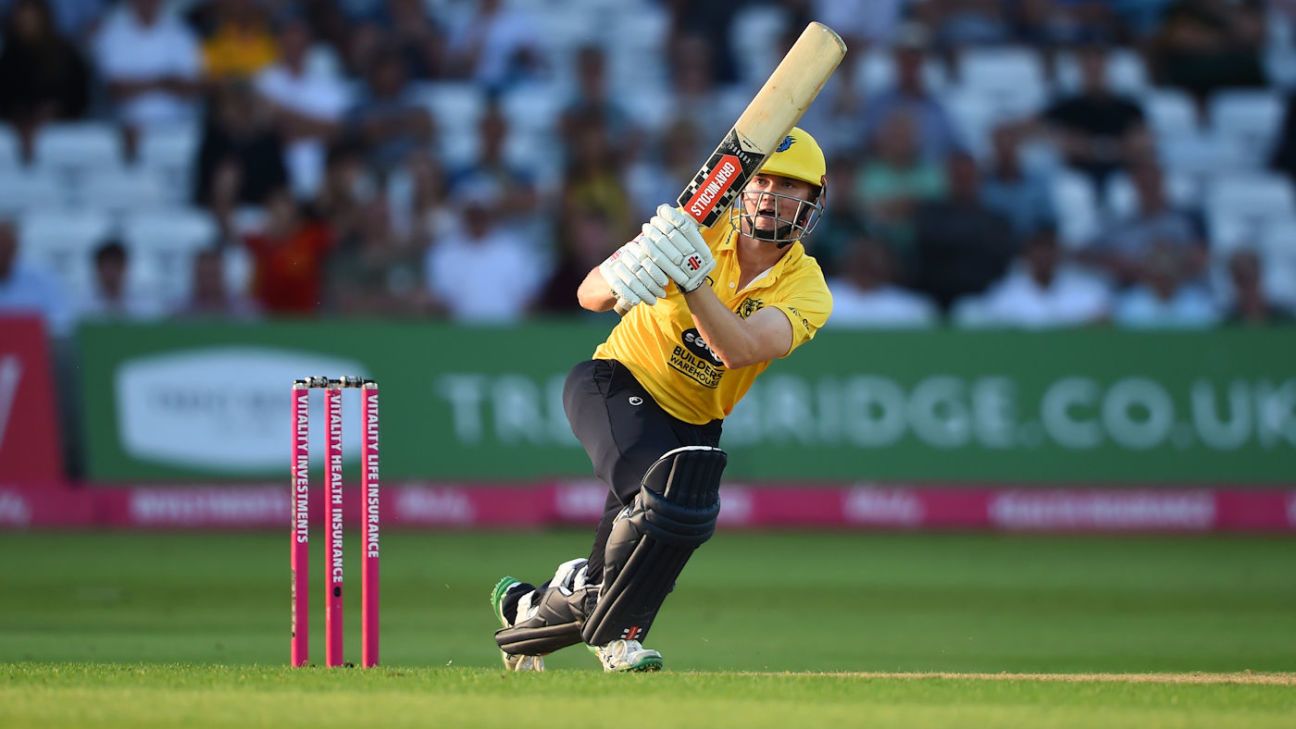 Defending champions Notts Outlaws slumped to an 18-run defeat after they were savaged by a brutal Birmingham Bears batting display in the Vitality Blast North Group match at Trent Bridge.

The Bears roared to 229 for 5, their third-highest T20 total, with Sam Hain and Carlos Brathwaite plundering 84 from the last five overs after Ed Pollock set the tone with 62 from 34 balls.

Hain, already averaging 248 in T20 games at Trent Bridge, made an unbeaten 53 off 29 balls after being dropped on 1 while Brathwaite hammered four sixes in 44 from 18 balls.

Adam Hose set the Bears running by driving Samit Patel over the covers for the first six before pulling Luke Fletcher high over deep midwicket. Fletcher responded by pinning Hose lbw but Pollock slog-swept and drove Dane Paterson for three consecutive fours to lift the Bears to 70 for 1 at the end of the Powerplay.

Pollock pulled Steven Mullaney for six and dispatched Peter Trego for another to reach 50 off 28 balls and take the score to 112 for 1 after 10 overs.

Will Rhodes pulled Calvin Harrison to deep midwicket and Pollock was bowled by Matt Carter but Harrison’s failure to hold a return catch from Hain proved costly as he and Brathwaite thrashed the bowling to all parts. Hain smashed two sixes in a Paterson over that cost 22 before Brathwaite bludgeoned Trego for 31, including four sixes, from the 19th.

Fletcher had him caught at long-on but the Outlaws chances of pulling off a stiff chase suffered a blow when Alex Hales miscued the third ball from Danny Briggs to midwicket.

Joe Clarke was caught behind off a Brathwaite long hop, Trego drilled Tim Bresnan to mid off before Duckett revived the Outlaws by taking 21 from a Bresnan over. But when he top edged a sweep at Lintott, the game slipped away to leave the Outlaws with work to do after taking only one point from the first two games.