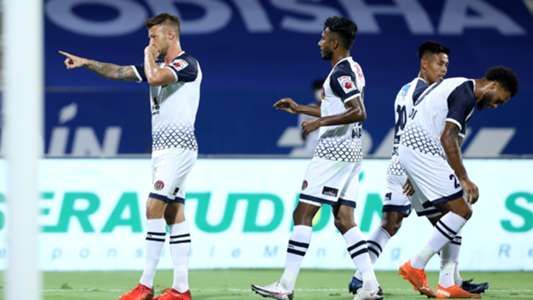 What can happen if East Bengal do not sign the final agreement and walk out of the deal with investor Shree Cement?

East Bengal club officials are at loggerheads with their investor Shree Cement Limited for the past few months over the signing of the final agreement of the joint venture which was to be formed between the two parties.

Shree Cement came on board as the club’s new investor after Quess Corp ended their association with the Red and Golds in July 2020.

A term sheet was signed between the two parties back in September 2020 after which Shree Cement was announced as the club’s investor in the presence of West Bengal Chief Minister Mamata Banerjee.

But now the club officials are refusing to sign the final binding agreement of the joint venture as they allege that certain terms in the final agreement are different from those mentioned in the term sheet. The investors, on the other hand, have maintained throughout that there are no such discrepancies.

What are term sheets and final binding agreements?

Goal caught up with Aditya Shamlal, partner in a law firm named GameChanger Law Advisors who are experts in the area of commercial contract, corporate law and Intellectual property and venture capital.

Can a final agreement be different from a term sheet?

The legacy officials of the Red and Golds claim that there are differences in the final agreement from what was laid down in the term sheet back in September.

Aditya suggests that the final legal document may have some minor changes from the term sheet as a term sheet is a small document and a final agreement, on the other hand, is a much more detailed document and may contain close to 50 pages.

He continues, “It is understandable why Shree Cement is not willing to spend any more money or get into any detailed administrative expenses till the final legal agreement is signed. A term sheet will not have every single detail like the responsibilities of both parties.

“Typically, a business party when they are sponsoring or doing any kind of rights purchase, will not go ahead and start doing business activities on the basis of a term sheet. Only if the fundamental commercial terms which were agreed upon in the term sheet is getting altered in the final agreement, then either party can walk away.”

So while club official Debabrata Sarkar had told Goal, that the final agreement is not necessary for the team-building process for the upcoming season, the new management is justified in not spending any further unless the legal agreement is signed.

Can East Bengal or Shree Cement walk out of the deal?

It is possible for either of the parties to walk out of the deal even after signing the term sheet but there will be legal implications in such circumstances.

Shamlal explains, “If it is a non binding term sheet then either party can walk away but with legal implications. In this case, Shree Cement has already invested a sum of money. So if East Bengal decides to walk out of the deal now, the investor can take East Bengal to court and claim that amount they have spent.

“Typically in a term sheet, the governing laws, jurisdiction exclusivity and expense clauses are binding. If someone breaches the exclusivity, the party can terminate the agreement and they can go to court and claim the cost.”

What is the situation at East Bengal?

A few representatives of the club officials want to meet Shree Cement managing director Hari Mohan Bangur and sort out the differences before signing the final legal agreement but the Shree Cement supremo is not ready for any further meeting until and unless the officials put pen to paper.

The majority of the East Bengal squad are now free players as their contracts with the club ended on May 31. The players who are still under contract are Mohammed Rafique, Mohammed Rafique Ali Sardar, Wahengbam Angousana, Balwant Singh, Loken Meitei, Bikash Jairu, Anil Chawan, Girik Khosla, Novin Gurung and Pritam Singh.

Among foreign contingent from last season, only Matti Steinmann had a two-year contract but Goal had earlier revealed that the German midfielder has terminated his contract mutually with the club and will be plying his trade in Australia.

Several other free agent players are available in the market but unless the officials sign the agreement as soon as possible, the new management will not be able to sign new players and re-sign some of the players from the older lot.

It must be noted that coach Robbie Fowler also has a two-year contract with the club.