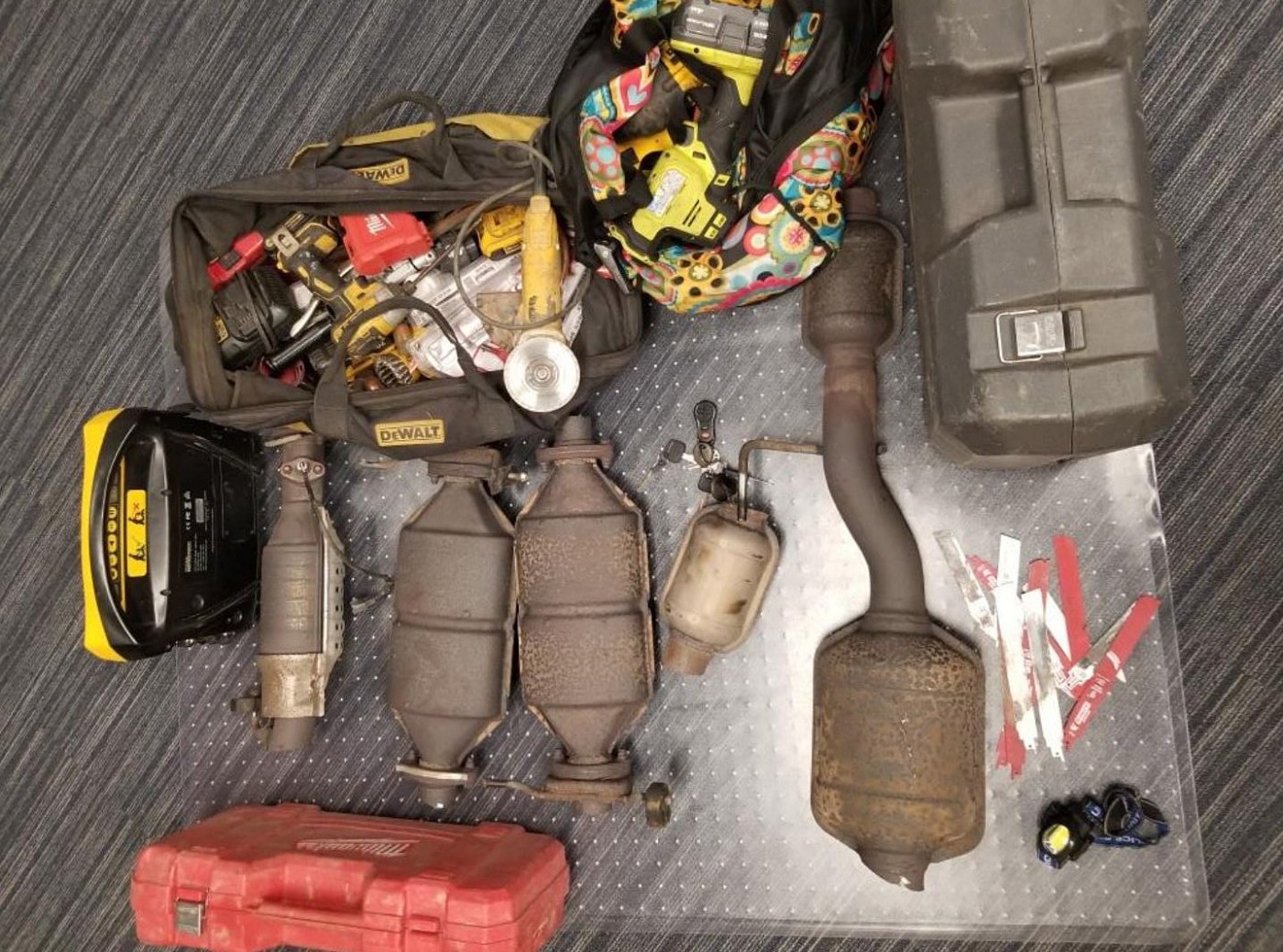 SAN BRUNO – Peninsula authorities over the weekend arrested a 40-year-old man and a 15-year-old boy on suspicion of stealing catalytic converters following a pursuit.

Just after 7 a.m. Saturday, security guards summoned officers after they found the suspects removing the devices from vehicles inside an apartment complex parking garage, the San Bruno Police Department said in a news release.

Officers arrived and found the suspect vehicle, which they attempted to pull over. Police said the vehicle did not stop and officers used a spike strip to deflate its tires.

The pursuit, however, did not end until the vehicle broke down on Interstate 280 near Black Mountain Road, police said.

Police said an investigation revealed the suspects, identified as Hayward residents, had stolen several catalytic converters from vehicles in San Bruno and other nearby cities.

The 40-year-old man was booked into San Mateo County jail on charges related to grand theft, evading officers, possession of stolen property, burglary tools, committing a felony while out on bail and contributing to the delinquency of a minor.

The juvenile was released to a guardian with a future court date for similar charges.

Anyone with information related to the case can contact police at 650-616-7100 or sbpdtipline@sanbruno.ca.gov.

Stanford football goes down at home against No. 24 UCLA

Clemson stunned by NC State: ‘Got to own it’