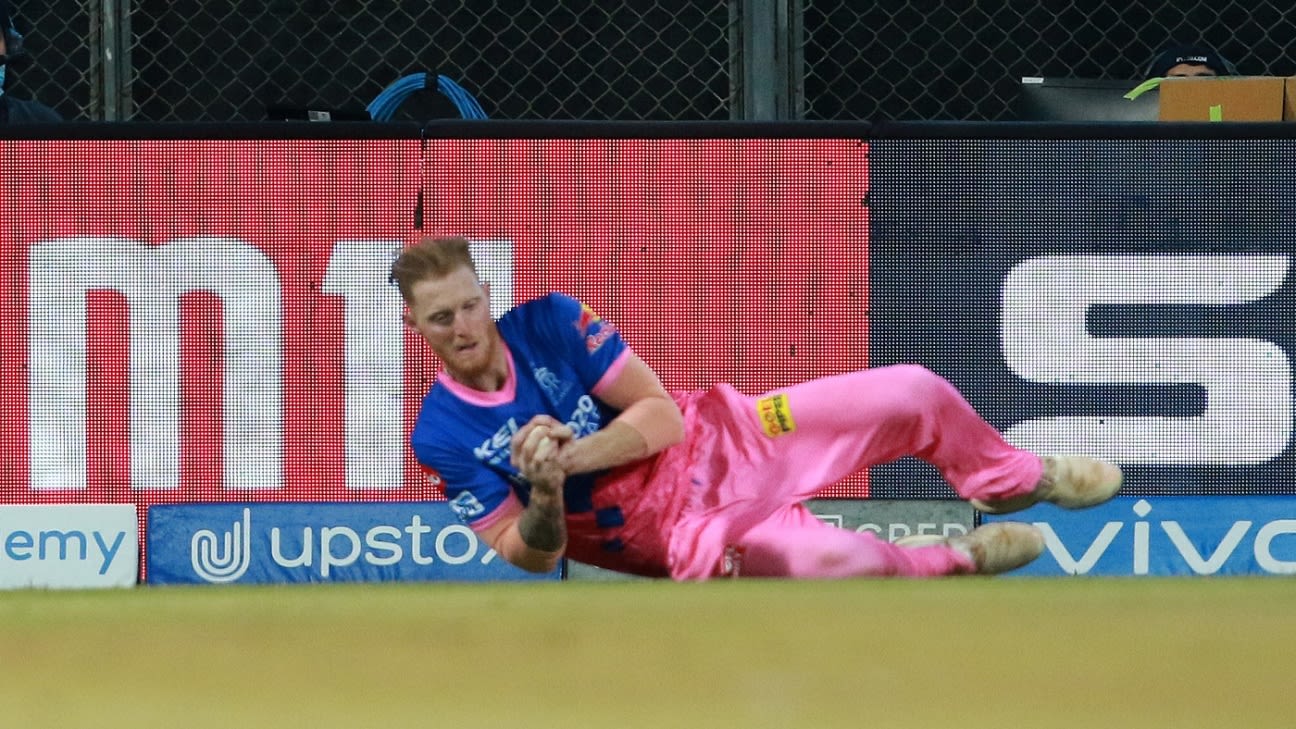 Already without Jofra Archer, the Rajasthan Royals might have to do without another key man

Ben Stokes has picked up a hand injury, which has made him a doubt for the rest of the Rajasthan Royals’ campaign at IPL 2021. The allrounder sustained the injury during the Royals’ opening game, against the Punjab Kings, when he ran in from long-on and dived forward to take Chris Gayle’s catch in the tenth over of the Kings’ innings.

ESPNcricinfo understands that Stokes will stay on with the Royals, at least for now, and is being assessed by the team’s medical staff, with the ECB in the loop on the developments. “We are aware and he will be assessed over the coming days on the extent of the seriousness of the injury. At that point we will confirm the next steps,” an ECB spokesperson said.

In the match against the Kings, Stokes had bowled the eighth over, but didn’t come on to bowl any more even though the Kings scored 221 for 6. He subsequently came out to open the innings for the Royals, but lasted only three balls before top-edging a pull back to the bowler Mohammed Shami to be out for a duck. The Royals lost the match by four runs.

Stokes’ injury could disrupt the Royals’ plans significantly, especially because they are already without a first-choice player in Jofra Archer, who is recuperating and is expected to miss at least the first four games of the season. While Archer was cleared to return to training on Tuesday, it is still not clear when he will be able to resume playing.

Without either Stokes or Archer, the overseas options for the Royals are limited. Both Jos Buttler and Chris Morris are first-choice picks, and for the other two slots, they have to choose from among Liam Livingstone, David Miller, Mustafizur Rahman and Andrew Tye. Rahman played in the first match and Livingstone – who can bat in the top order and turn his arm over for part-time offspin – could be the most likely to fill in for Stokes.