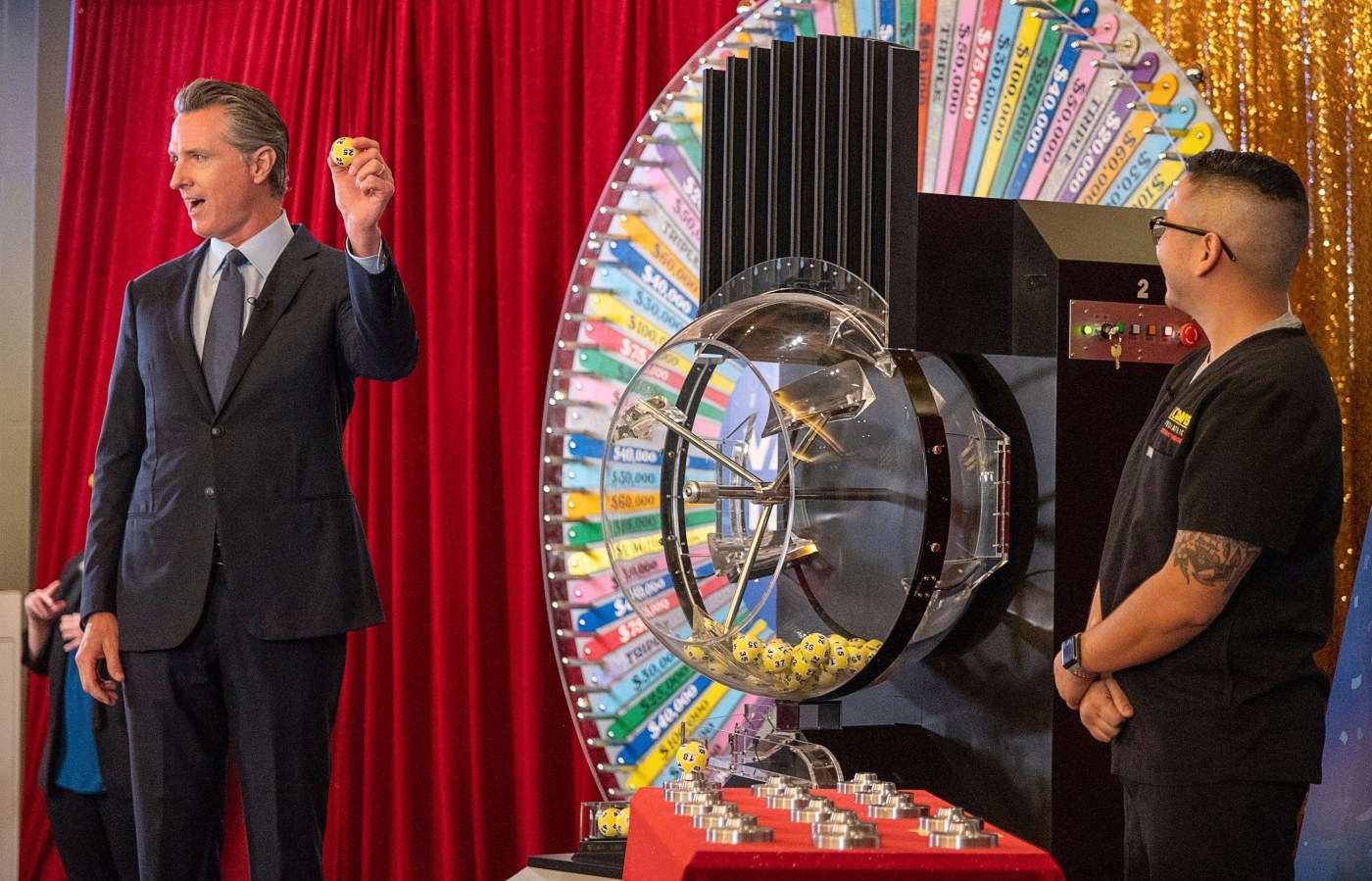 Five Bay Area residents were chosen Friday in the state’s second drawing to award $50,000 to Californians vaccinated for COVID-19.

Gov. Gavin Newsom helped announce the latest 15 winners drawn from a pool of nearly 22 million Golden State residents who have gotten at least one vaccine dose and are automatically eligible for a share of $116.5 million in incentives and prizes — including the biggie: $1.5 million jackpots this coming Tuesday.

And as with last week, a number of Friday’s winners hail from Bay Area and Southern California counties where vaccination rates are already high without the benefit of incentives.

The Golden State’s vaccine incentive program, dubbed Vax for the Win, is the largest lottery-style giveaway in the country and a bid to motivate wary residents to get jabbed. California ranks toward the top in the percentage of residents vaccinated, with more than 70% of adults at least partially inoculated against the deadly disease. But there are pockets of the state, particularly in the Central Valley and north toward the Oregon border, where vaccination rates remain stubbornly low.

California is not the only state to turn to cold, hard cash to try to drive vaccine-reluctant people to clinics. Colorado, Ohio and other states have also launched money giveaways to encourage more people to get shots.

The Golden State, which boasts an eye-popping $76 billion budget surplus, last Friday announced the first 15 of 30 recipients of $50,000, with the second half announced this Friday. Officials are also giving out $100 million in $50 prepaid or grocery cards for newly vaccinated people. But the big winners will be announced next Tuesday: 10 lucky vaccinated people will be chosen to win $1.5 million each — enough to purchase a home even in California’s brutal real estate market.

The Newsom administration has touted a 13% increase in vaccinations compared to the previous week, with 2 million doses going into arms since Vax for the Win kicked off.

“This program appears to be working,” Newsom said Friday in the city of Vista, east of Carlsbad in San Diego County. He was joined by 17-year-old Nancy Gutierrez, who last week won $50,000 as part of the first group of vaccinated winners.

Not yet 18, the teenager’s haul will go into a savings account until she is an adult. When her family received word she was selected, Gutierrez said, “we didn’t believe it.”

“I think it’s confirmed now,” she joked, eyeing a giant check with her name on it. “I would encourage everyone to get the vaccine.”

Not everyone is pleased, however, with some backers of the looming recall election casting the giveaways as a shameless ploy for support by the sitting governor.

But Newsom is certainly not the first politician to indulge in a publicity stunt. John Cox, a Republican who has vowed to challenge Newsom in the recall election, recently paraded about with a giant bear and proclaimed himself a beast to Newsom’s beauty.

Still, Newsom — a smooth politician who lamented that everything “is so politicized” these days — defended the program, pointing to the fact that California is among just a handful of states that have seen an increase week over week in the number of vaccines administered — a fact that has no doubt contributed to the lowest case rate in the U.S.

In addition to the money and grocery cards, Newsom announced that Chipotle and Taco Bell will give away free meals on June 15. Some sports teams, including the Golden State Warriors, will also be giving discounts on merchandise.

The governor urged unvaccinated Californians to get a first shot in the next few days to be entered to win one of the big cash prizes.

“This includes you or it doesn’t,” he said. “You’ll make that decision for yourself.”