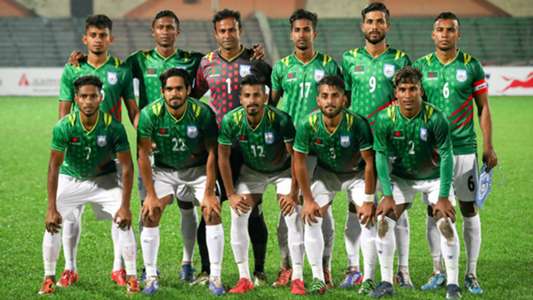 The Bangladesh Football Federation (BFF) has added Yusuf Zulkarnain Haque, an expatriate footballer from England, to the preliminary 34-man squad for the upcoming 2021 SAFF Championship.

But, there are a couple of hurdles before Haque can finally don the green shirt. He doesn’t have a Bangladeshi passport and has applied for a visa. However, the BFF is confident that the formalities will be completed within time and the attacking midfielder will be able to join the training sessions in Dhaka at the earliest.

It is noteworthy that the BFF have already included Nigerian-born forward Eleta Kingsley in their preliminary squad and are currently waiting for a clearance from FIFA so that the national team can avail his services. The Bangladesh football team is expected to start their preparation for the SAFF Championship from September 21 once their domestic football season gets over. The 2020-21 Bangladesh Premier League champions Bashundhara Kings will play their last league match on September 20 after which the national team will start their preparation.

Meanwhile, the federation has roped in Oscar Bruzon as an interim coach for two months replacing Jamie Day. Bangladesh are presently on a seven-game winless run and have lost their last two friendlies against Palestine (2-0) and Kyrgyz Republic (4-1) earlier in September. They are set to open their SAFF Cup campaign against Sri Lanka on October 1, before facing India, Maldives and Nepal in a round-robin format. The top two teams will advance to the final.

Under Day since August 2018, the Bengal Tigers managed a record of W9, D5, L15 in 29 games and were eliminated from the group stages of the 2018 SAFF Championship.

When are Bangladesh playing their first match in SAFF Championship 2021?

Bangladesh begin their campaign on October 1 against Sri Lanka followed by facing India on October 4. They take on hosts Maldives on October 7 and then face Nepal in their final league match on October 13.

What is the format of the SAFF Championship 2021?

Since only five nations will be participating in the competition there will be no groups and the teams will play each other once in a round-robin format. The top two teams will advance to the final.

COVID: Newsom, Schaaf, get boosters, urge jabs ahead of holidays