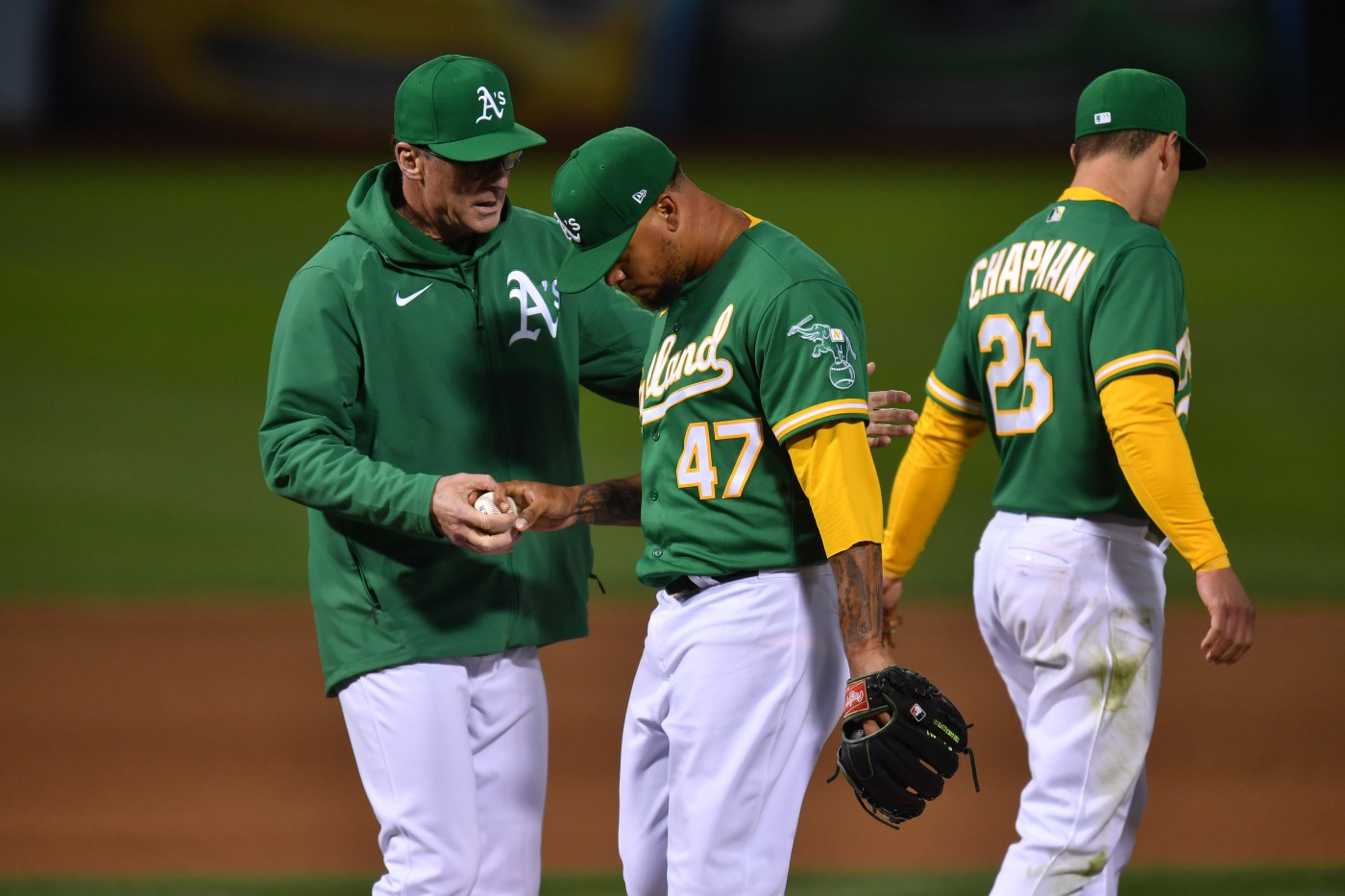 Frankie Montas didn’t deserve the loss. Stuff-wise, numbers-wise, his start Thursday night was one of his best of the season. He retired 13 straight in six scoreless innings, but succumbed to an unlucky sequence in the A’s 6-1 loss to the Kansas City Royals at the Coliseum.

Montas is best when he’s throwing his fastball with conviction and command. He had both Thursday, pumping his 98mph sinker and four-seamer to hitters and struck out eight batters while allowing just two hits until a mess formed.

It started with Andrew Benintendi’s single, the first hit he’d allowed since the second inning. Then Jorge Soler incurred his sixth catchers interference of the year — won when the Royals challenged the call. Matt Chapman couldn’t wrangle a sharp Hunter Dozier chopper down the third base line, which scored a run. Then Kelvin Gutierrez hit a seeing eye single between two infielders to score two more.

Montas exited the game with one out down in the seventh inning and on the hook for a loss. The game spiraled quickly from there. Soler and Benintendi hit home runs off Jesús Luzardo in the eighth inning, extending the Royals’ lead by three runs.

Mike Minor, an Athletic briefly in 2020 after a trade with the Texas Rangers, out dueled Montas and stymied the A’s offense. Jed Lowrie’s home run, his first since May 21, was their only run against during Minor’s seven-inning, three-hit outing.