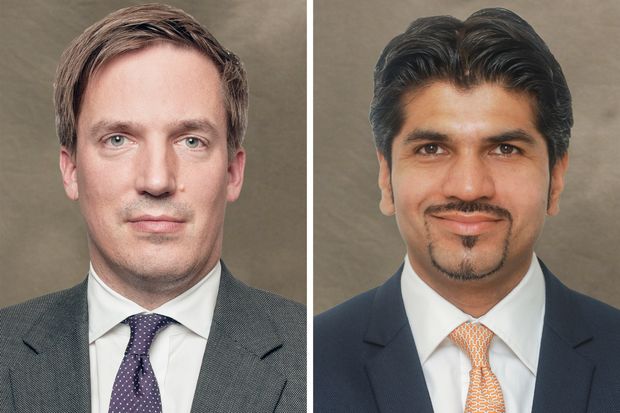 is elevating a number of longtime staffers to new leadership roles in its main private-equity business, in a sign of the growing heft of the unit in which the investment giant cut its teeth 36 years ago.

At $112 billion in assets, the firm’s corporate private-equity business, which includes its flagship buyout funds, its Asia funds, its long-term investing strategy and its energy business, is the biggest of its kind in the world. The division’s assets, which represent more than 17% of Blackstone’s total, have more than doubled since

was named global head of the business in 2012. In 2019, Blackstone finished raising a record $26 billion buyout fund.

Mr. Baratta on Monday announced internally the appointment of

as head of North America private equity and

as global head of core private equity, as Blackstone’s long-term strategy is known.

who is based in Mumbai, will become head of Asia private equity, Mr. Baratta also told The Wall Street Journal.

All three are newly created roles, and the three executives will continue to report to Mr. Baratta.

“We’ve been much more dynamic and have doubled in size over the last eight years, and that growth requires more management and more structure,” he said in an interview. “This is an opportunity for our best younger, but really established, partners to take leadership roles.”

to the role of head of portfolio operations. Ms. Morgan, former co-chief executive of business-software giant

SE, joined the firm in November to help it use technology to drive improvements at the more than 200 companies in its portfolio.

In her new role, she will be tasked with overseeing all aspects of portfolio improvement. Ms. Morgan’s appointment to the position—last held by

who left in late 2019 to become chief executive of

—is a sign of the growing importance of technology for the firm as Blackstone’s thematic investment style has led it to put more money into rapidly growing companies.

Mr. Brand, an 18-year veteran of Blackstone, leads its private-equity investments in the technology sector and has been responsible for many of the firm’s most successful deals of late. Among these are its investments in Refinitiv, now part of

PLC; Paysafe Inc., which recently merged with a blank-check company; and

which completed a blockbuster initial public offering in February.

Mr. Wallace, who started at Blackstone in 1997 and is the son of TV news anchor Chris Wallace, runs its investing activities in the services sector. His deals have accounted for the bulk of the firm’s core fund, which can hold assets for 15 years or longer. These include investments in cleaning- and emergency-restoration services provider Servpro Industries Inc. and Legoland owner Merlin Entertainments Ltd.

Blackstone’s first fund under the strategy, a $4.8 billion vehicle that it finished raising in 2017, had returns of 23% net of fees, according to the firm’s most recent quarterly filing. Blackstone said last October it had finished raising $8 billion for a second fund.

Mr. Dixit joined Blackstone in 2007. As head of India, he has helped make the country into the firm’s best-performing market in terms of returns over the past decade, through deals like Blackstone’s 2016 purchase of a majority stake in information-technology services provider

who leads investing in China, to the role of chief operating officer for Asia, and

Write to Miriam Gottfried at Miriam.Gottfried@wsj.com

Investors Need to Get the Measure of Carbon

AT&T, MongoDB, Aon: What to Watch When the Stock Market Opens Today

Japanese doctors call for Tokyo 2020 Games to be canceled amid...

Here are the cases tied to the San Bernardino terror attack