Home Breaking ‘Your dream is going to be f***ed’: Dramatic backflip exposes dark side... 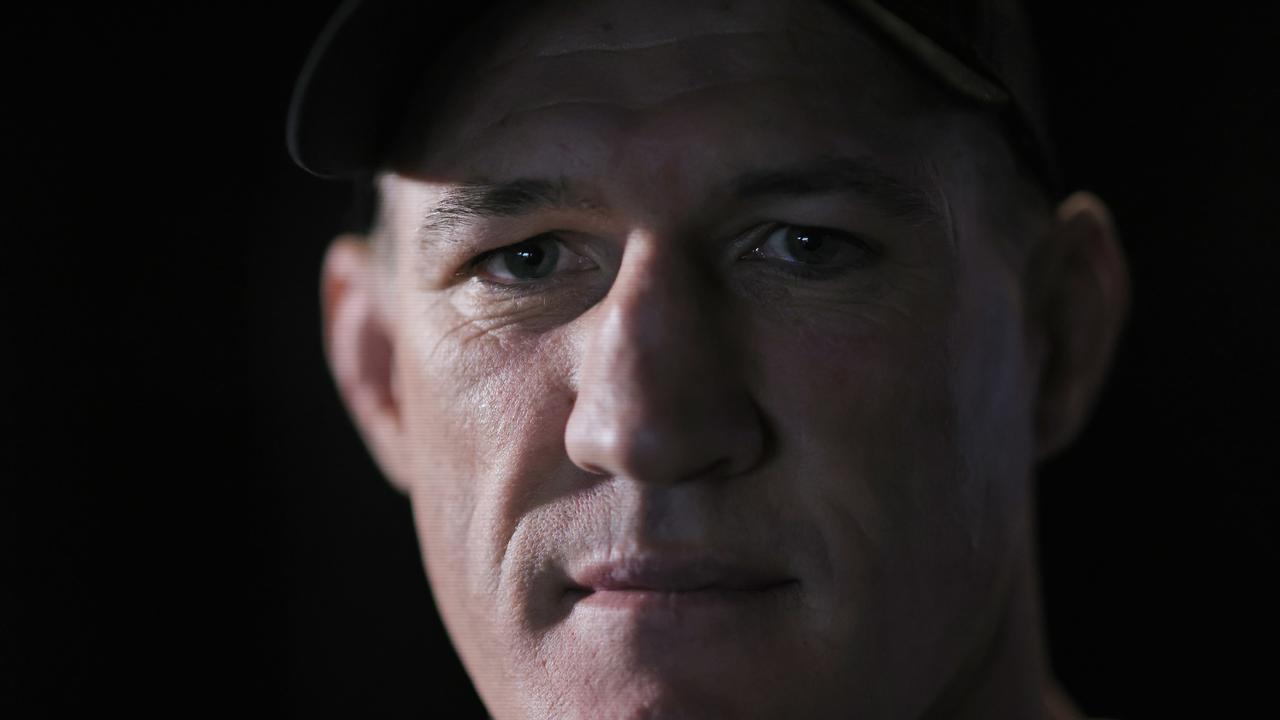 Huni, Australia’s most exciting heavyweight boxing prospect in years, has been eyeing off a gold medal since he was a kid, and the 22-year-old is considered a legitimate contender in Tokyo to follow in the footsteps of Olympic champions including Anthony Joshua and Wladimir Klitschko.

“Their number one concern is the Olympics. I’m here to tell all of you … I’m going to do whatever I can to make sure you don’t go to the Olympics,” Gallen said on Monday, ahead of Wednesday night’s much-anticipated showdown in Sydney.

“That dream since you’ve been seven years old, is going to be f***ed.

“I don’t care if it’s your arm. You’re lucky there’s a ref in there, I’m going to do everything I can to break something in there. Just make sure you know that. I’m going to try and ruin your dream.”

It’s the kind of heated banter not out of place in the often-nasty world of combat sports, but it represents an dramatic change of tune for Gallen, who only two weeks ago paid tribute to Huni for his Olympic aspirations.

“I’m not about trying to trash talk or bring down Justis out of the ring,” Gallen told Main Event’s Ben Damon earlier this month.

“The most impressive then I’ve heard from Justis and his dad is that since he was seven years old is that all he’s wanted to do is go to the Olympic Games and represent Australia and fight for a gold medal.

“Now he’s 22 and he’s doing that and I just applaud that, I think it’s unreal. I’ve got no beef with Justis at all, except I’m here to win that fight.”

‘SIGNED HIS DEATH WARRANT’: WHY GALLEN’S FOUL-MOUTHED BLOW-UP COULD BACKFIRE

GAL HAS ‘LESS THAN ZERO’ CHANCE OF BEATING HUNI. ONE BOOKMAKER HAS ALREADY PAID OUT

Gallen has repeatedly insisted he’s above “trash talk” and only deals in “facts” but a somewhat-surprising mean streak came out in Monday’s press conference.

The NRL star-turned boxer also blasted Huni as a quitter over his withdrawal from the 2019 AIBA World Championships final in Russia due to illness, and took aim at Huni’s dad Rocki branding him a “father trying to live their failed sporting career through their son”.

It could simply be a case of Gallen ramping up efforts to sell the fight and get inside Huni’s head. Gallen, though, suggested he felt disrespected by the heavyweight fighter and his team — including promoter Dean Lonergan, who compared the match-up to ‘Winx vs Eeyore’.

“It’s is the fact that they’re looking past me,” Gallen said when it was suggested his latest comments were out of character.

“They’ve taken this fight probably to make some coin and that’s fair enough.

“But they’re looking past me and I’m determined to hurt them.”