Trending: Amit Sadh Will Not Share “Silly Things” On Social Media For Now. Here’s Why 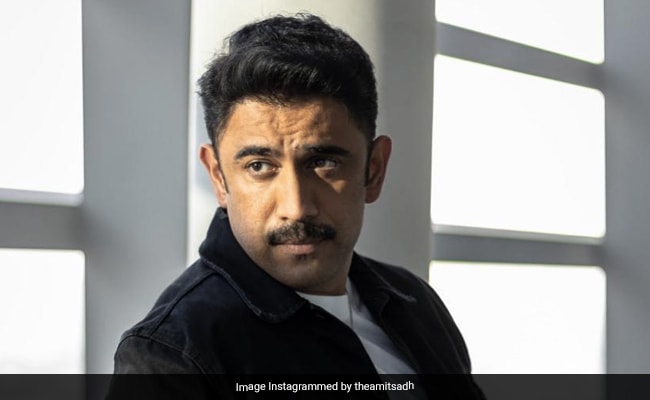 Many Bollywood actors are coping with new lockdown restrictions in Mumbai by sharing wistful posts on Instagram. Not Amit Sadh, who began trending on Thursday courtesy an announcement on social media which can be described as woke in every sense. The actor, in an extensive note, wrote that he is “going offline.” Explaining the reason behind his decision, the actor said that his “posts and reels of the gym sessions, the silly things that I do will not heal or entertain anyone.” He wrote that “this is not a criticism to anyone”, adding, “I personally feel the best way to be sensitive about the situation is to pray and hope for things to get better.” Just to be clear, Amit Sadh is “not abandoning” his fans. He also stated that he isn’t quitting social media. He just won’t share reels, pictures or quotes.

Maharashtra is the worst-hit state as fresh COVID-19 infections spike nationwide. Amit Sadh wrote: “The recent events have made me reflect on whether I should be posting my pictures and reels. Especially when my city Mumbai and the entire state is under strict COVID restrictions, the whole country is going through a difficult time.” Maharashtra has reported the highest number of daily cases in the country – 59,907 new COVID-19 infections on Wednesday. Restrictions including night curfew in the state and “strict lockdown” over the weekends were announced in the state.

The actor added that he will continue to do “what is expected of me, wear a mask, maintain a social distance of 6 feet, step out when necessary, follow protocols and rules.” He also asked his fans to “reach out to people who make very few salaries.” He added, “Help the daily wage earners because they suffer the most. Life must go on even though I feel burdened. I am disheartened when we do not acknowledge the seriousness and do not address it. We cannot behave that everything is okay, this is a pandemic.”

He told his fans that they can feel free to slide into his DMs if the need arises. “I am going to be vigilant, and I urge you all to do the same. I hope things get better to a point where I can start being goofy and silly again. A special note for my fans, I am not abandoning you guys; you all know I will never do it. When a need for conversation arises, reach out to me on my DM like you all usually do. I am here but will not be posting quotes, pictures, or reels,” read an excerpt from his post.

The actor said that this is not “the time for me to show my privileged life.” He signed off writing, “You guys mean the world to me. My humble request to all who are reading this, let’s not be careless, listen to the authorities, listen to the science, watch out for each other. Take care of each other. If you have some extra cash stashed in your account, share it with the needy. Pay the salaries on time. Nothing is going to make sense if India continues to stay in despair and collapses. Be well, Be safe. Lots of love.”

Amit Sadh became a household name with the TV show Kyun Hota Hai Pyarrr. He also participated in the first season of the TV reality show Bigg Boss. His breakout movie was the 2013 film Kai Po Che, in which he co-starred with Rajkummar Rao and late actor Sushant Singh Rajput. Last year, Amit Sadh featured in Breathe: Into the Shadows and Avrodh: The Siege Within. He also starred in the Shakuntala Devi biopic, in which Vidya Balan played the titular role.

WhatsApp and WHO have introduced new ‘Vaccine for All’ sticker pack: All you need to know- Technology News, Firstpost

As India's Oil Demand Grows, It's Now Looking Beyond OPEC+ For Reliable Supply