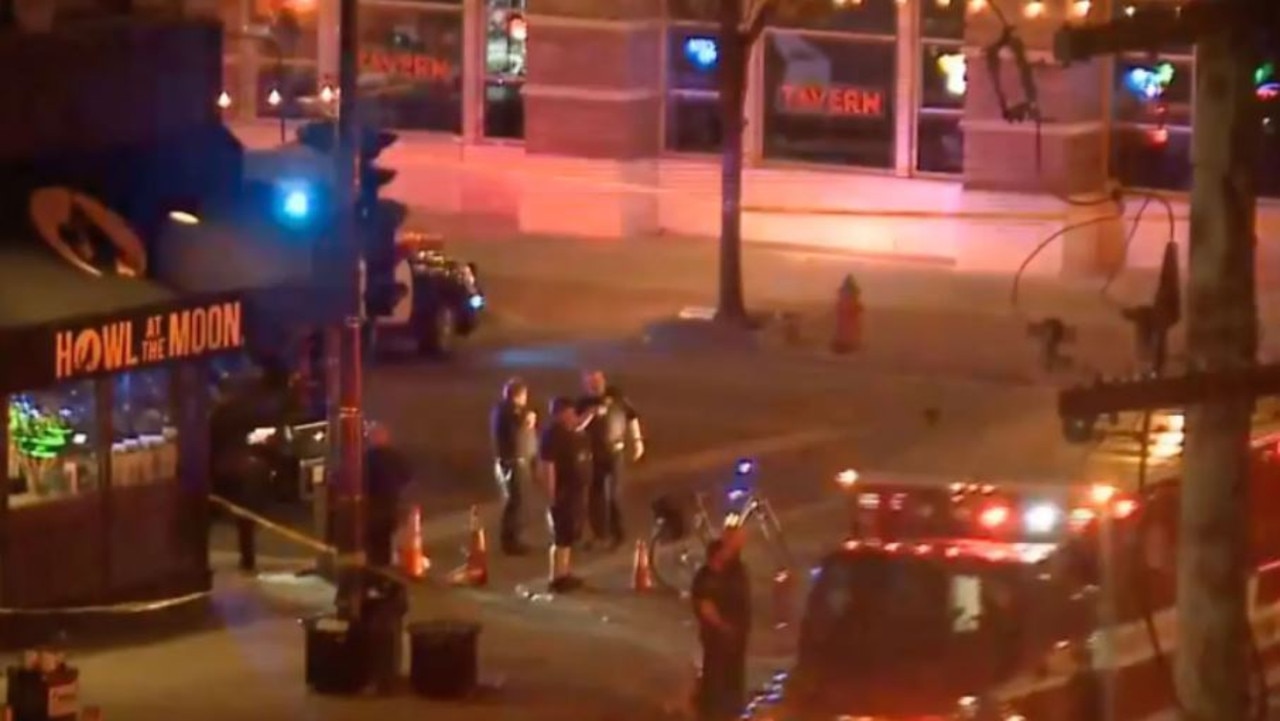 Hundreds of terrified US basketball fans were seen running for their lives after a gunman shot three individuals as the Bucks-Celtics game came to an end on Friday in Milwaukee, Wisconsin.

Three people were shot, including a 16-year-old girl, outside of the NBA game in Milwaukee, Wisconsin — sending panicked crowds on the street sprinting for their lives, video shows.

The Milwaukee Police Department confirmed that two women and a man were shot near Martin Luther King Drive and Highland Ave outside of the Fiserv Forum during the final minutes of the Bucks-Celtics playoff game, according to WISN.

The other wounded woman is reportedly 26 years old and the man is 30, the report said.

All three victims were said to have non-life-threatening injuries.

In a seperate incident in Milwaukee, at least 17 people were shot, according to Fox News, just blocks away from the stadium where patrons attended the playoff game only a few hours earlier. According to WTMJ, victims from both shootings range in age from 15 to 47 years old.

Video shows scores of fans in the outdoor viewing area known as the Deer District fleeing for cover. The Bucks had announced earlier in the evening that as many as 11,000 fans were packed into the area, The Journal-Sentinel reported.

Other clips show people screaming as they scatter to safety.

“Everybody started running,” Brittany Bergstrom, who was at a nearby restaurant told FOX 6. “There was a stampede, people running over the shrubs, hats, shoes on the ground, drinks spilled everywhere.”

First responders, including mounted police, were in the area as road closures were in effect. At least one ambulance was spotted leaving the scene.

According to local media, ten people have already been taken into custody for the shooting, and nine guns have been recovered from the scene.

First responders soon arrived on the scene to aid the man, who had non-life-threatening injuries, according to reports.

The Celtics pulled out a win forcing a second-round game seven matchup in Boston on Sunday.