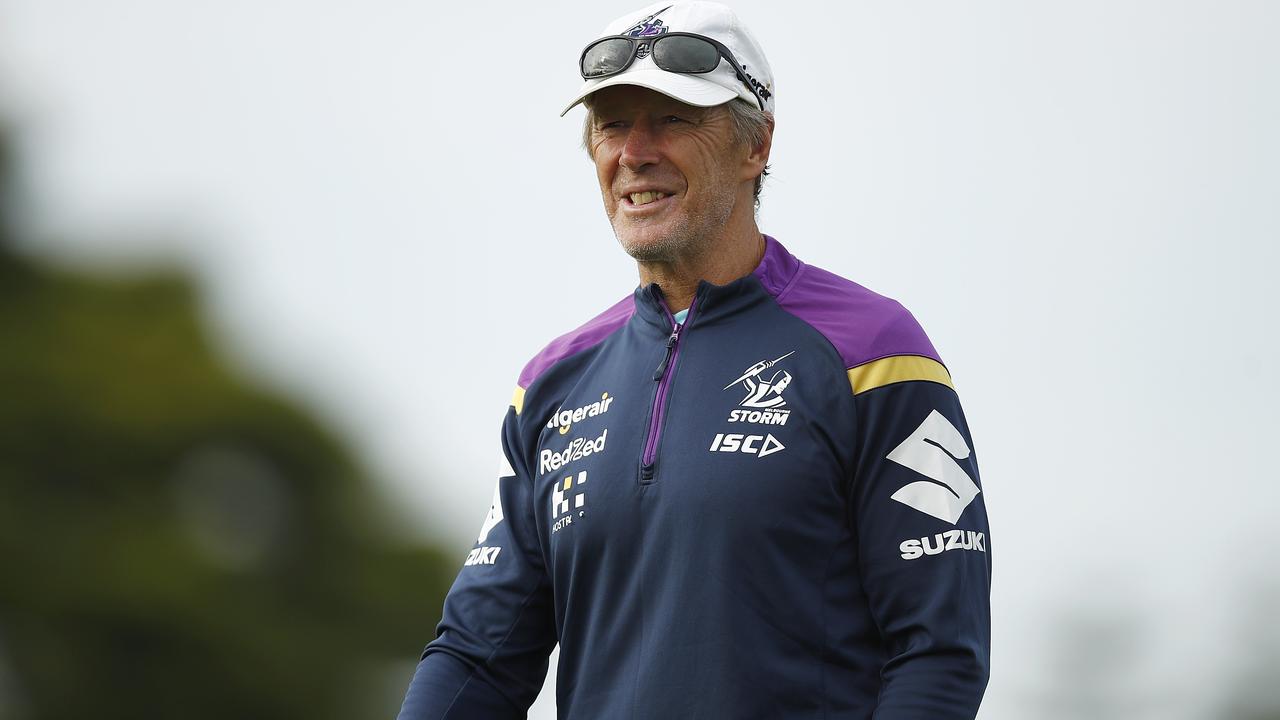 The Storm’s chances of re-signing Cameron Munster have taken a fresh turn after the Storm confirmed Craig Bellamy will continue coaching Melbourne into 2023 at least.

Bellamy is signed to the Storm for the next five years through until 2027, but was no certainty to coach the side beyond 2022.

However the Storm released a statement on Wednesday afternoon to confirm Bellamy will delay moving into an off-field role with the club and remain at the helm for 2023 — his 21st season with the Storm.

“The group we have here at the moment are a pretty exciting group and they’re an enjoyable group to work with and hang around with,” Bellamy said via a Storm statement.

“Our staff off the field are really good people and I know how hard they work. It’s a pleasure working with them.

“I think I’ve got another 12 months to give so I’m looking forward to that next year.”

“We’ll just see what happens with this 12 months and then go from there,” he said.

The agreement gives Bellamy another season to work with Munster, who is off-contract at the end of 2023 and is being chased hard by the Dolphins, Bulldogs and Broncos among other NRL clubs.

‘SURRENDERED ENTIRE OPERATION’: Why Gould painted a target on his back

CARRIGAN: Why I love seeing Milford back in NRL, even if it’s against the Broncos

‘MADE HIM SUFFER’: The forgotten victim in Bulldogs mess

Under the new deal Bellamy has until next March to tell the Storm if he is willing to coach on into 2024, which could heavily influence Munster’s decision.

Munster has a very close relationship with Bellamy which could sway him to re-sign with the club on a long-term deal, even if Bellamy pulls stumps on his head coaching career at the end of 2023 as expected.

However, on the flip side should Munster know that Bellamy won’t be coaching the side in 2024, that may sway him to move to the Dolphins on a more lucrative deal to set his family up for the future.

Munster’s manager Braith Anasta has said his client’s decision will be infleunced heavily by Bellamy’s plans, with money not his number one priority.

“He (Munster) loves playing for Bellyache and it’s a really important part of his decision,” said Munster’s agent Braith Anasta.

“It’s not all about money.”

Bellamy’s call could see the Munster sweeptakes go into overdrive as a number of clubs including the Storm chase his prized signature.