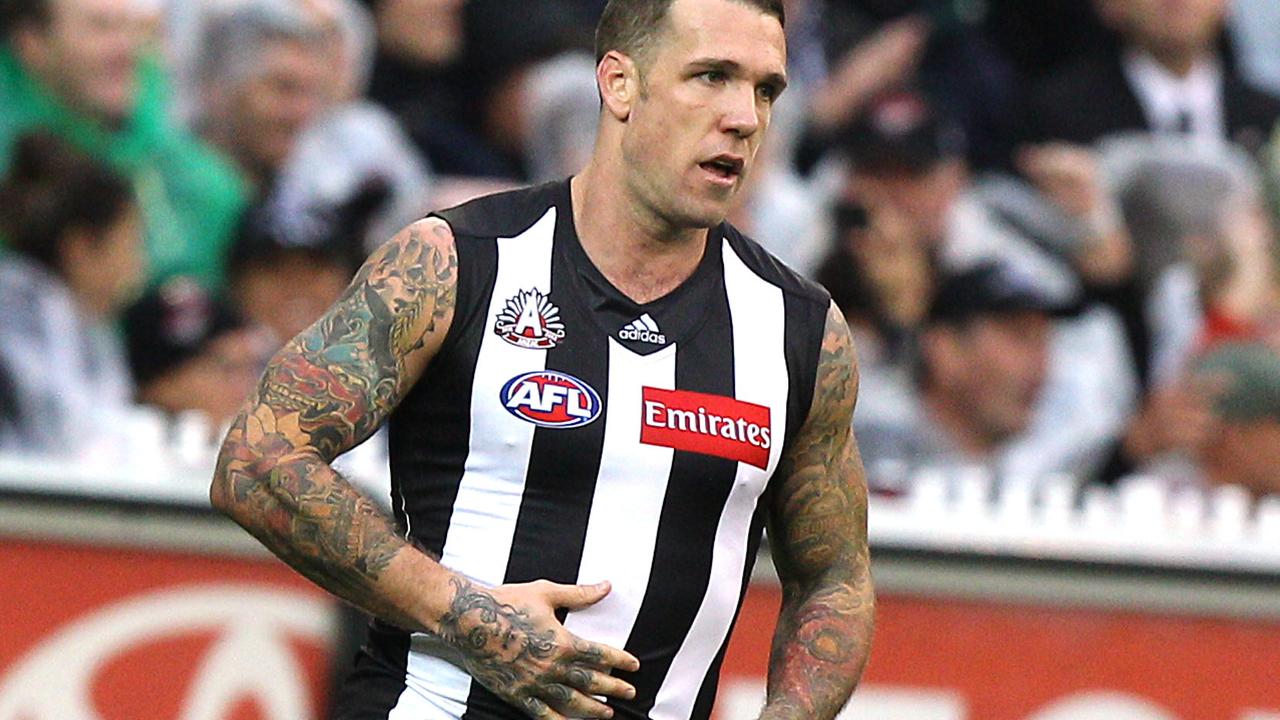 Collingwood great Dane Swan has revealed the hilarious backstory behind his famous tummy rub in the 2012 Anzac Day clash with Essendon.

But Swan revealed his celebration had come about from cheeky comments by AFL 360 co-host Mark Robinson.

Watch the 2021 Toyota AFL Premiership Season. Every match of every round Live on Kayo. New to Kayo? Try 14-Days Free Now >

LISTEN TO THE LATEST EDITION OF THE FOX FOOTY PODCAST HERE, OR TAP TO SUBSCRIBE IN ITUNES OR SPOTIFY

“So the tummy rub in 2012. It started earlier in the week when a fellow colleague of here, Fox Footy, Mark Robinson decided to call me fat,” Swan revealed on Fox Footy.

“Which is the pot and the kettle I would imagine. The weird thing was, I think it was on 360, I legitimately had my hand in a bucket of KFC.

“So he probably wasn’t far from the truth to be honest.”

After the vision was played on Wednesday’s edition of AFL 360, Robinson laughed it off and lauded how impressive the star was in the big games for the Pies.

“They didn’t like it at the time,” Robinson joked.

“As time goes on it all heals. I just thought he was overweight. He’s a champion Dane Swan.

“He represented himself, family and footy club to the highest level on Anzac Day.”