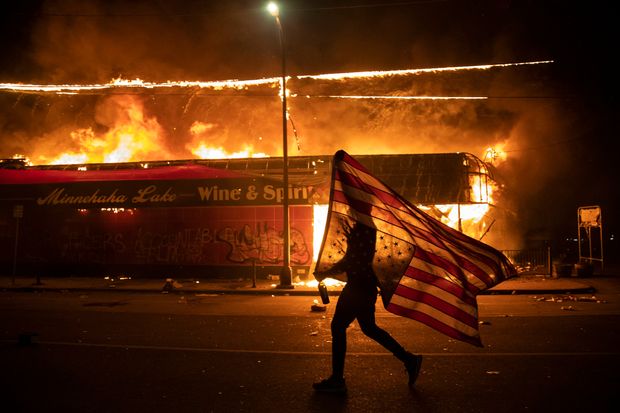 Multiple news outlets won Pulitzer Prizes for their coverage of the killing of George Floyd and work related to the Covid-19 pandemic, Columbia University announced Friday.

The New York Times won the 2021 Pulitzer for public service for its coverage of the Covid-19 pandemic.

The Star Tribune in Minneapolis won the Pulitzer for breaking news reporting for its coverage of Mr. Floyd’s killing. The board also gave a special citation to

For investigative reporting, the Pulitzer went to the Boston Globe for its reporting on governments’ failing to share dangerous truck drivers’ information that could have kept those people from driving. The Pulitzer for explanatory reporting was awarded to two news outlets: Reuters, for its examination of how qualified immunity protects police who use excessive force from being prosecuted, and The Atlantic’s

for his coverage of the Covid-19 pandemic.

The Pulitzer for national reporting went to the staffs of The Marshall Project, AL.com, IndyStar and the Invisible Institute for their reporting on damage done by police dogs. The Wall Street Journal staff was among the finalists for this category for its coverage of how nursing homes were hit by the coronavirus pandemic.

won the prize for local reporting for their coverage of a sheriff that constructed a secret intelligence operation.

BuzzFeed News won the prize for international reporting for their work identifying a Chinese government-built infrastructure used to detain Muslims. The Wall Street Journal staff was among the finalists for this category as well for its coverage of China’s nationalist leader

The Pulitzer for breaking news photography went to Associated Press for its photos documenting the response in the U.S. to George Floyd’s killing. The news outlet’s

also won the prize for feature photography for his photos documenting older people in Spain struggling amid the pandemic.

won the Pulitzer for the fiction category for her novel called “The Night Watchman” about a community trying to halt Native American tribes’ proposed displacement. The Pulitzer in general nonfiction went to

“Wilmington’s Lie: The Murderous Coup of 1898 and the Rise of White Supremacy” which details how a Black majority city in North Carolina’s government was overthrown following Reconstruction.

The Pulitzer Prizes are awarded by Columbia University annually.

Write to Allison Prang at allison.prang@wsj.com

The Power of Money: How Autocrats Use London to Strike Foes Worldwide

Sharp Uptrend In USD/INR Due To Squeezing of USD Short Positions...