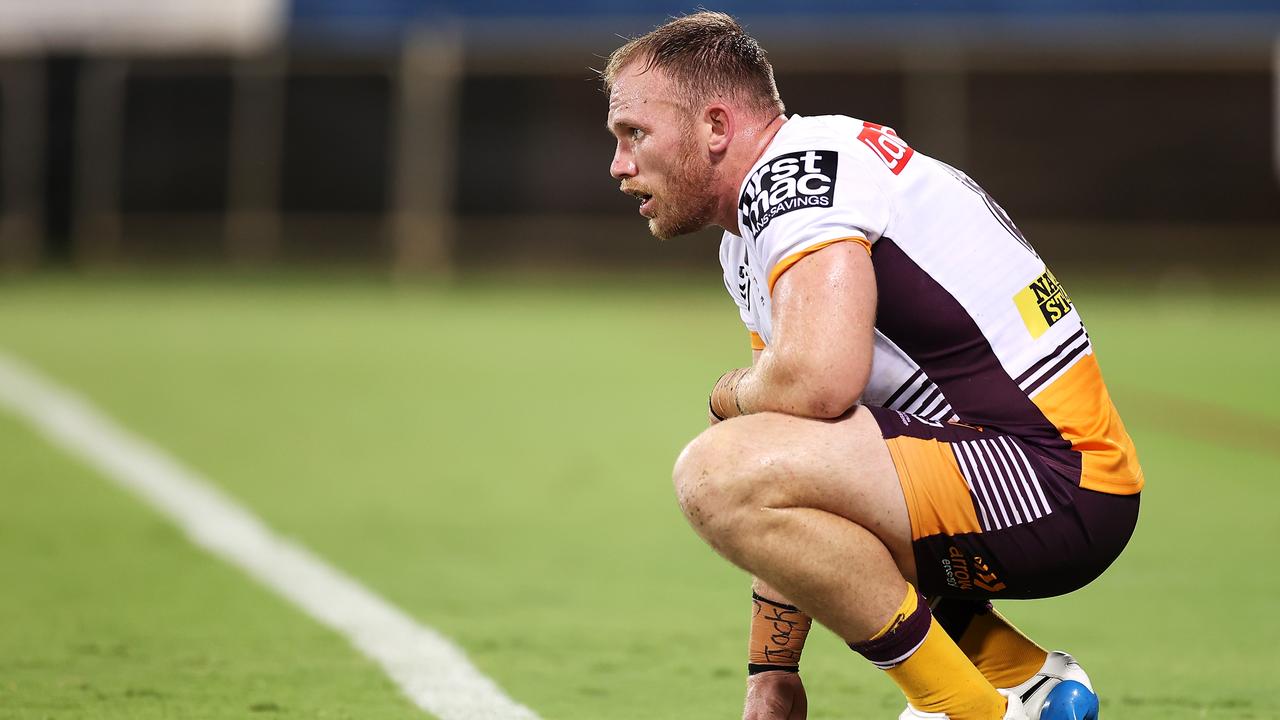 Matt Lodge is going nowhere after a mid-season move to Newcastle fell through this week.

The 26-year-old had been in discussions with the Knights about an immediate switch with the Broncos understood to be keen to offload part of his hefty $800,000-a-season salary.

But according to both The Daily Telegraph the Knights moved on with the Newcastle Herald reporting backlash from fans as the reason.

It comes after Kevin Walters indicated last month he believed Lodge would continue his career at Red Hill.

“Well at the moment he’s still playing here so that’s good for us and we’re enjoying having him play,” he said.

“I believe (Round 11) against the Roosters was probably his best performance for the club so it’s all good for Lodgey at the moment, he’s still here and he’s playing well which is a good outcome for Lodgey and for us, of course.”

Lodge’s deal would see him remain at the Broncos until 2024 with two years of player options in his favour.

The Broncos, meanwhile, are closing in on a deal with Dragons flyer Jordan Pereira.

The winger has been unable to lock down a regular spot in Anthony Griffin’s side.

According to The Daily Telegraph, Pereira is looking at a two-year deal to head north.

He would join Adam Reynolds and Brenko Lee as new Broncos recruits for the 2022 season as Kevin Walters looks to shape the squad to his liking.