Home Breaking Opinion | I Was Adopted. I Know the Trauma It Can Inflict. 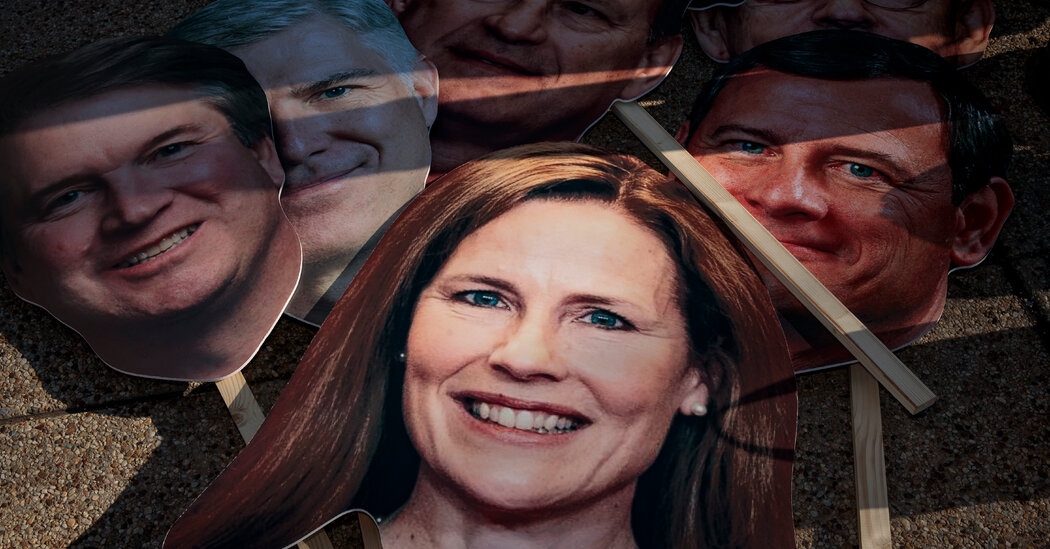 I’m a mother myself, to an adorable 6-year-old self-proclaimed Fortnite expert, and as is often the case, I did not know I was pregnant with him until the usual symptoms appeared a few weeks into the pregnancy. As anyone who has gestated a human will tell you, there is a vast difference between the fourth week of pregnancy and the 40th. By the 40th, you’re familiar with your baby’s regular rhythms of kicking and moving. When I awoke, my son would wake up shortly after and I’d feel him turning and stretching, or less pleasantly, jamming his precious little foot into what felt like my cervix. This is one of the paradoxes of pregnancy: Something alien is usurping your body and sapping you of nutrition and energy, but you’re programmed to gleefully enable it and you become desperately protective of it. It’s a kind of biological brainwashing. And this often happens whether you want to be a parent or not.

Justice Barrett is well aware of the kind of biological brainwashing that occurs during pregnancy; she gave birth to five children. And yet she blithely seems to assume that a mother can simply choose not to bond with the child she’s gestating solely on the basis that she is not ready to be a mother or believes that she is unable to provide for the child. She assumes that the mother will be supported financially and otherwise, throughout the pregnancy, even in a country where maternal mortality statistics are abysmal. And she assumes that children surrendered for adoption will find a home, and not a bed in the foster care system. She probably assumes these things because she cannot fathom being in this position herself. These are assumptions that stem from the privilege of being financially secure, having never needed an abortion, and perhaps the assumption that women who do have done something wrong and must face the consequences.

In my experience, some on the right believe that the trauma adoption inflicts is a consequence of irresponsibility. But unexpected pregnancy is not a de facto function of bad decision making. It can be a failure of contraception, the product of a rape, a mistaken belief that a woman is infertile. There is no justifiable reason to inflict harm on women and the babies they might produce in any of these situations, regardless of judgment.

The trauma doesn’t just affect mothers, either. Researchers have a term for what children who are adopted, even as infants, may suffer from later in life: relinquishment trauma. The premise is that babies bond with their mothers in utero and become familiar with their behaviors. When their first caretaker is not the biological mother, they register the difference and the stress of it has lasting effects.

I probably got off easy in that respect, in part because I did spend a few months with my biological mother before I was adopted, but that had the unintended effect of traumatizing my older siblings, who remember me as a baby who was there, and then suddenly was gone. This was driven home to me by my older sister Bobbi, whose first encounter with me was over Facebook. “All I can say is I remember you,” she wrote. “I have loved you and missed you my entire life.”

What Justice Barrett and others are suggesting women do in lieu of abortion is not a small thing. It is life changing, irrevocable, and not to be taken lightly. It often causes trauma, even when things work out, and it’s a disservice to adoptees and their families, biological and adopted, to pretend otherwise in service of a neat political narrative.