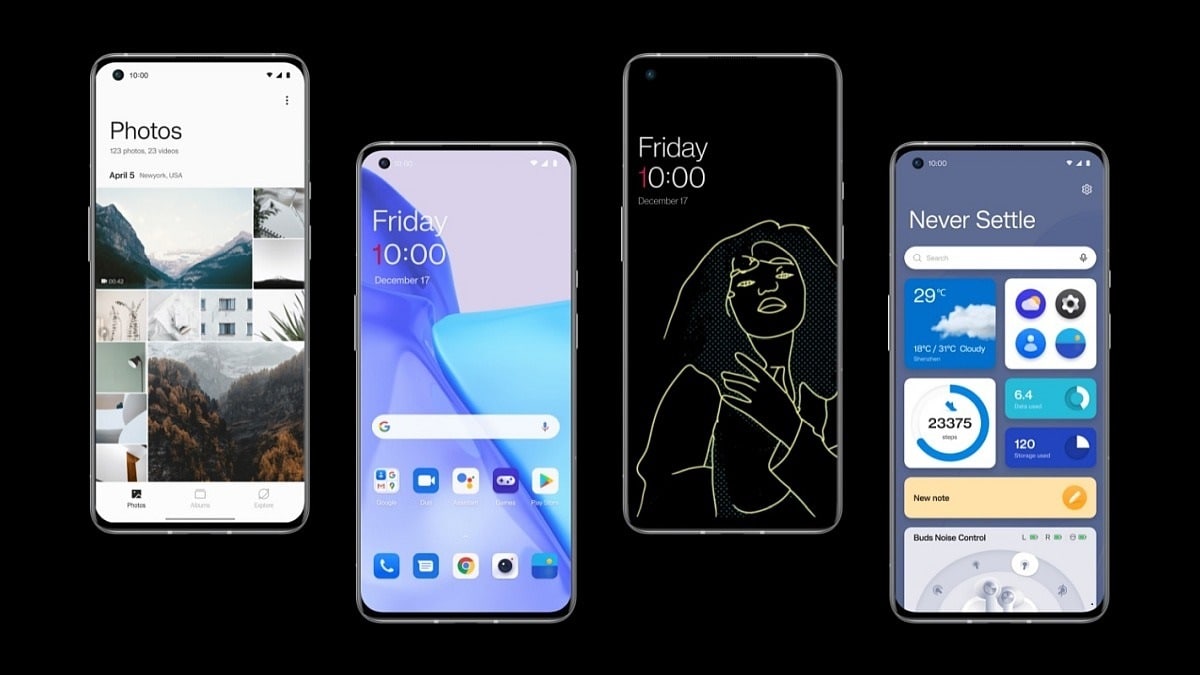 OnePlus 9 and OnePlus 9 Pro have begun receiving the Android 12 update in the form of OxygenOS 12, making it the third major company to roll out the latest version of the operating system after Google and Samsung. In November, Samsung’s Galaxy S21 smartphones received the Android 12 update with the company’s One UI 4 interface. OnePlus 9 and OnePlus 9 Pro have now joined the small list of smartphones running on Android 12. The update brings a few changes to the interface, while adding system-level improvements and features.

The upgrade to Android 12 is rolling out to users in the form of an over-the-air (OTA) update, as spotted by XDA Developers. OnePlus has not yet updated its official forums with a post detailing all the new changes with the update, but it is now rolling out to users in India in the form of a hefty 4.04GB update. Users might not see the update on their OnePlus 9 or OnePlus 9 Pro immediately, as it could be rolling out in stages.

Users who want to update to OxygenOS 12 right away can back up their personal data and download the OTA update file for OnePlus 9 or OnePlus 9 Pro. After downloading the package, click on the Settings icon > System > System Updates and tap the button on the top to choose Local Upgrade. Browse to the downloaded package to install the update.

As is the case with every major update, users might want to wait for the company to post the release thread on its forums to check for any known issues from users who have already updated. A handful of users have taken to a thread on the OnePlus forums to report issues with 5G connectivity after installing the update.

Users will gain access to features that Google has introduced with Android 12 such as app hibernation, microphone and camera indicators, as well as the new “approximate” location permission. Some of the improvements and additions to OxygenOS include three adjustable levels for the systemwide dark more, improvements to Cards on the Shelf (including new OnePlus Watch and Earphone Control Cards), and Work-Life Balance 2.0 with automatic work/ life mode switching and notification profiles.

OnePlus has also updated the gallery to allow switching layouts with a pinch gesture, with improvements to how image previews are cropped and picking the best pictures. Finally, users who have downloaded the update will also have access to better customisation on Canvas AOD, the company’s always-on display service.

Following the decision to merge the OxygenOS codebase with ColorOS, there was speculation that the OxygenOS 12 update for users would bring several design changes when it was launched. However, the look and feel of OnePlus’ familiar Android skin appear to have been retained. The report states that the unified operating system that draws from both Oppo’s and OnePlus’ Android skins will feature on the rumoured OnePlus 10 series and will arrive in the next major update for the company’s existing smartphones.

Is OnePlus 9R old wine in a new bottle — or something more? We discussed this on Orbital, the Gadgets 360 podcast. Later (starting at 23:00), we talk about the new OnePlus Watch. Orbital is available on Apple Podcasts, Google Podcasts, Spotify, and wherever you get your podcasts.