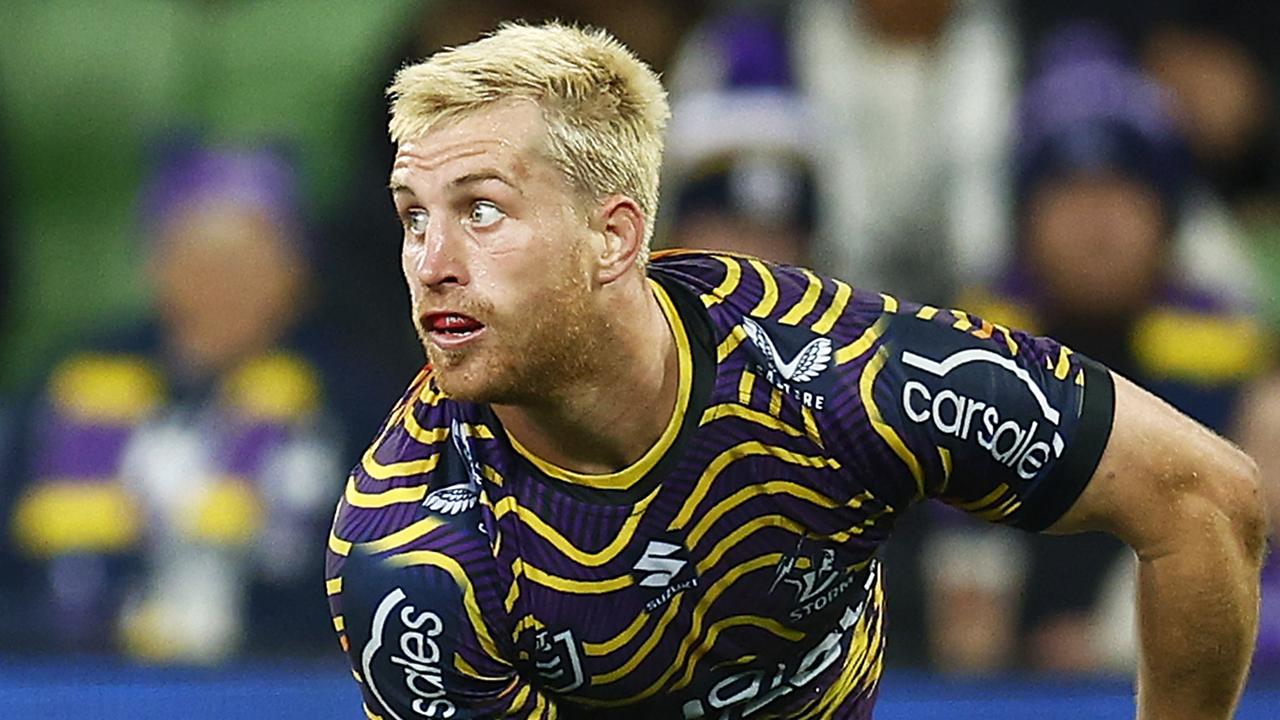 Cameron Munster reminded everybody of his true value with a brilliant performance as the Melbourne Storm returned to form on Thursday night.

And Matty Johns believes the club can’t afford to lose the superstar No.6 as he long-term future hangs in the balance.

Munster responded to back-to-back Storm losses — and some criticism of his form — by producing one of the best performances of his career in a 28-8 win. He was in everything and produced several game-changing plays including three strips, one that created a try.

“He’d probably just got a little bit away from what he’s good at (in recent weeks) and he went straight back to that. I thought he was tremendous actually,” Storm coach Craig Bellamy said of Munster post-match.

“Cameron’s the ultimate competitor and when things aren’t going well for him he probably tries too hard. But I thought he was tremendous and obviously having (halfback) Jahrome (Hughes) back certainly helped.”

Munster is off contract at the end of next year and one of the most in-demand players in the game, with Wayne Bennett and the incoming Dolphins among those circling.

Munster has reportedly rejected an extension worth around $750,000 a year – a significant pay cut from his reported current $1.1 million per season salary — to stay with the Storm until 2025.

But Johns suggested the club should rethink that position.

“Melbourne have said if he wants to stay in Melbourne he’s going to have to take a pay cut . There is no way he’ll take a pay cut,”  Johns said on Thursday’s The Matty Johns Show. “They cannot afford to lose him.”

Bryan Fletcher added: “They can’t offer him a pay cut because he was the best player on the field.”

Johns said there would be “plenty going on” in the chase for Munster in coming weeks and Brisbane and Queensland Maroons great Justin Hodges said the Broncos should be among the clubs throwing their hat in the ring.

“I’m hearing Wayne’s not too worried (about the Dolphins’ recruitment at the moment. If he doesn’t get them (players) this year obviously there’s some player coming off (contract) next year,” Hodges said.

“It would be handy to get a guy like Cam Munster and I know the Broncos are probably keen on him too.

“Having Adam Reynolds there, imagine having Cam Munster next to him it’ll just create a bit more strike.”