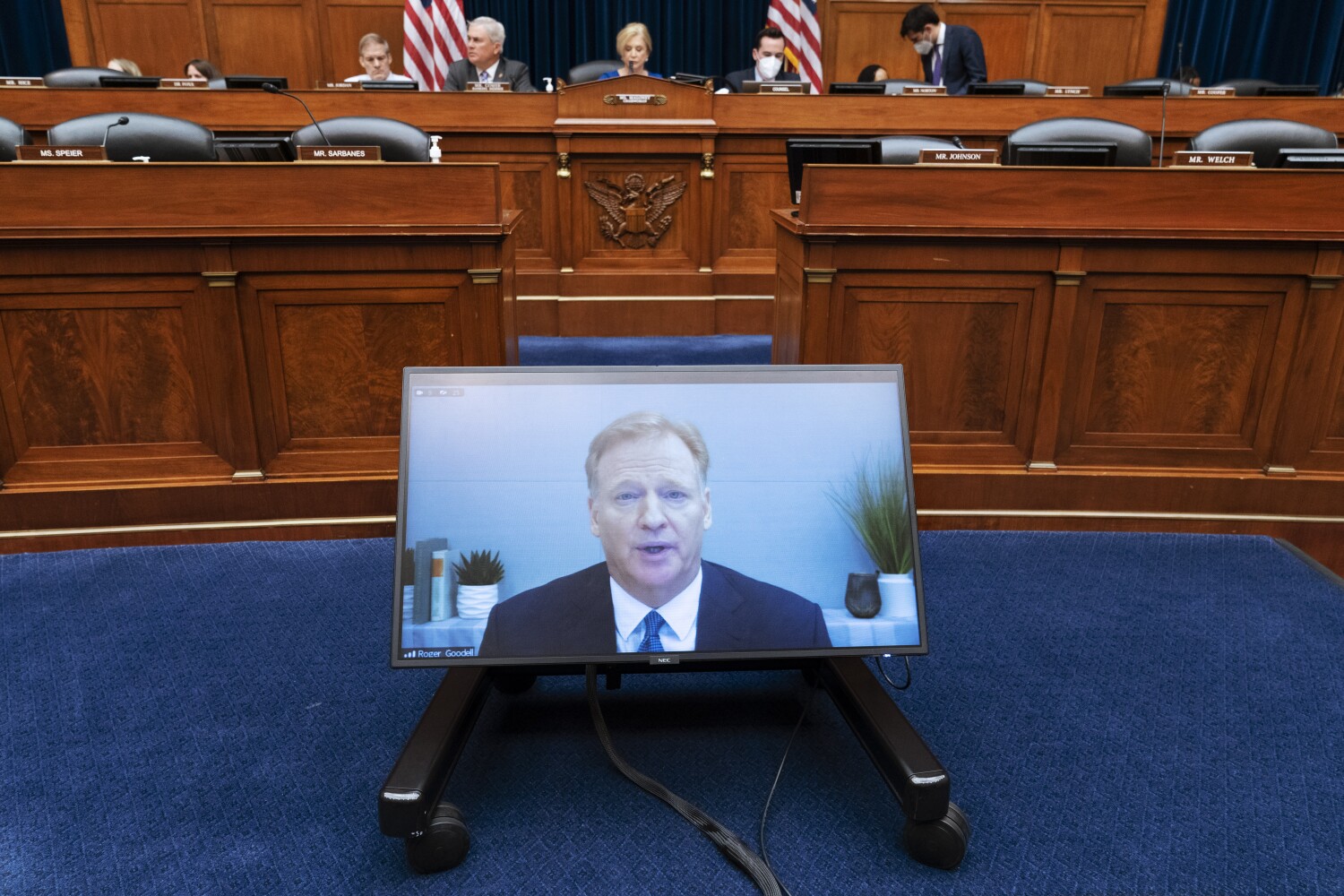 What does the future hold for Washington Commanders owner Daniel Snyder?

He handed control of the team to his wife, Tanya, last year — his hiatus is indefinite — and was fined $10 million in the wake of an NFL investigation that found a pattern of sexual harassment in the organization spanning from 2006 to 2019. The league inquiry stemmed from a Washington Post investigation of the franchise.

Snyder was invited to testify before the House Committee on Oversight and Reform but declined, saying he had business out of the country. The committee chairperson, Rep. Carolyn Maloney, D-NY, said she planned to issue a subpoena to compel a deposition from Snyder next week.

NFL Commissioner Roger Goodell testified virtually before Congress on Wednesday, telling the committee that he has “not seen a workplace in the NFL that is anywhere near what we saw in the context of that period of time for the Washington Commanders.”

Goodell also said Snyder has been held accountable and that he, as commissioner, doesn’t have the authority to remove Snyder as an owner. The only way an owner can be removed is by a three-quarters majority vote by fellow owners.

In the wake of the hearing Wednesday, let’s explore some of the issues surrounding the situation:

Is it likely that Snyder loses his team over this?

That would be a surprise. There’s a lot of trepidation among owners because it sets a precedent that could ultimately boomerang to one of them. Surely, there are a lot of owners with dirty laundry they wouldn’t want aired, and if the prospect of losing their team is on the table, well … But it’s also a slippery slope. What rises to the level of losing your team? What if people simply want you out and can convince enough of your fellow owners that you need to go? It might be that Snyder deserves to get the boot, but other owners are going to be circumspect about that.

How is this different than what happened with Jerry Richardson and the Carolina Panthers?

A 2017 investigation of the Panthers revealed findings of confidential payouts, including sexual harassment, involving then-owner Richardson. He sold the team shortly after those came to light. It’s unclear exactly how much pressure the NFL exerted on him, but what we do know is Richardson was 80 and in poor health, and there was no indication he planned to keep the franchise in his family. His role in the league had been greatly diminished, especially throwing all his weight behind the wrong horse — the Carson project — in the Los Angeles stadium derby. Clearly, he wasn’t going to put up the kind of fight that Snyder has and will.

Is this similar to the Donald Sterling situation?

The NBA forced Sterling to sell the Clippers in 2014 and banned him for life following an investigation into racist comments he made over the phone to his ex-girlfriend. Those comments were repugnant, as is the Washington situation. Different leagues, different set of facts, similarly shameful behavior. There were reports at the time that Clippers players were considering to refuse to play for Sterling, and they staged a team protest before a playoff game. Bad as the Washington situation is, it hasn’t reached that point.

What should we make of Snyder’s alleged “shadow investigation” targeting former team employees, journalists and others?

Is it improper and embarrassing? Yes. Surprising? No. Those are the findings of Congress, and Snyder wouldn’t be the first billionaire under the microscope to fund a parallel investigation to find out what evidence is out there. Politicians have done it too but it seems as if that would be an obvious attempt to intimidate and bully people into silence.

What about the allegations of the Commanders cheating other owners out of money?

In a letter to the Federal Trade Commission in March, Congress said the franchise for years had been masking revenue — money that should have been shared among the teams — to give Washington a higher profit. A whistleblower alleged the club might have retained upward of $5 million in unshared funds. True, owners don’t like people messing with their money.

First, in NFL terms, you’d find that amount of money in the couch cushions. That’s not to excuse it, but $5 million divided 32 ways doesn’t constitute a Brinks truck for any of the other owners. Also, it’s not uncommon for the NFL to correct a team for improperly sheltering money, whether the club is doing so knowingly or unwittingly. It does happen.

But what if that were the final straw for Snyder? Say it was football’s answer to Al Capone getting popped for tax evasion. Not a great look that the owners would look the other way on the toxic-workplace stuff and only lose their minds when they lost some money. It’s difficult to imagine a worse PR move for the league.

What makes this even worse for the NFL?

Two of the biggest NFL stories people are following right now are what’s happening with the Snyder investigation, and what’s going to happen to Cleveland Browns quarterback Deshaun Watson, accused by 24 massage therapists of harassing or assaulting them during appointments. Both are centered on the mistreatment of women. Both are nightmares.