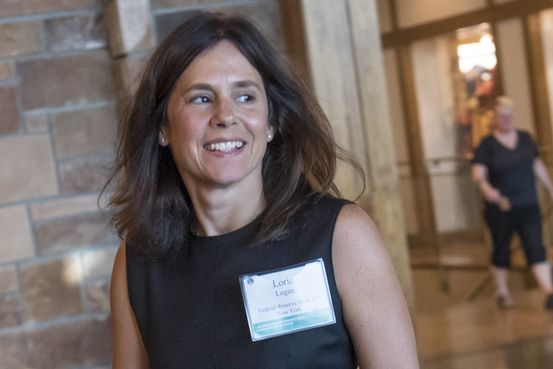 The New York Fed is looking at expanding access to a facility used to influence short-term interest rates and implement monetary policy in a way that could bring smaller firms into the marketplace, an official at the bank said.

Lorie Logan, who manages the Federal Reserve Bank of New York’s $7.7 trillion System Open Market Account holdings of securities and cash, on Thursday said the central bank is exploring doing business with a broader range of firms as it works to pursue the monetary policy goals laid out by Fed officials.

Ms. Logan was addressing how the Fed implements monetary policy by way of two key rates. For decades, the Fed primarily has used the market-determined federal-funds rate to influence the economy’s momentum to achieve the central bank’s maximum employment and stable inflation mandates. For some time, the high end of the fed-funds rate range has been bounded by a rate the Fed pays deposit-taking banks to park cash on the Fed’s books. Another rate, called the reverse repo rate, sets the low end in transactions with eligible investment funds and other financial firms.

Right now, the so-called interest rate on excess reserves stands at 0.1% and the reverse repo rate is zero.

Ms. Logan said that market developments have created softness in some short-term interest rates, which in turn can pull the fed-funds rate toward the lower end of the Fed’s current 0% to 0.25% target range. She said the central bank may have to tinker with the settings of its tool kit to ensure the control it wants over the fed-funds rate.

Victoria Beckham Gets Sweet Birthday Wishes From David and Kids

More than half of all Americans now partially vaccinated, one third fully jabbed up, CDC data shows

Leveling Up: The UK’s Super-Deduction and its Regional Divide