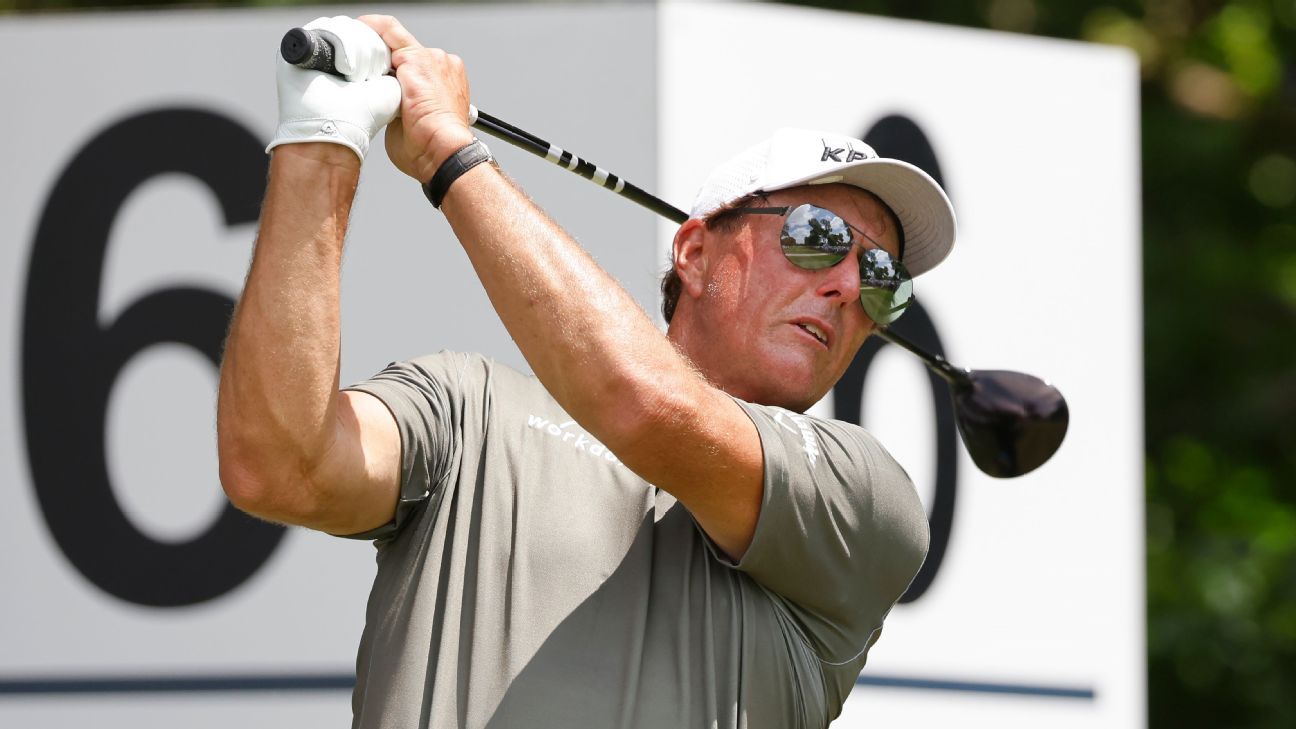 SAN DIEGO — Phil Mickelson realizes he has a rare combination going for him this week at the U.S. Open. He has the confidence from winning the PGA Championship last month, coupled with the extra motivation to prepare for an elusive title in his hometown.

Mickelson, who turns 51 on Wednesday, said he spent the last week working on his game at Torrey Pines, a place he’s had a bit of a love-hate relationship with over the years due to a redesign of the course that changed the way it played when he grew up in the area.

“It’s a unique opportunity because I’ve never won a U.S. Open,” Mickelson said Monday after a practice round at Torrey Pines. “It’s in my backyard. I have a chance to prepare properly, and I wanted to put in the right work.

“So I’ve kind of shut off all the noise. I’ve shut off my phone. I’ve shut off a lot of the other stuff to where I can kind of focus in on this week and really give it my best chance to try to play my best. Now, you always need some luck, you always need things to kind of come together and click, but I know that I’m playing well, and I just wanted to give myself every opportunity to be in play at my best.”

The course was closed last week to the public in preparation for the U.S. Open, and Mickelson took advantage, especially by practicing on the greens.

The six-time major winner who won what is now the Farmers Insurance Open at Torrey Pines three times admits he’s had to come to terms with the changes made by Rees Jones in 2001. The man known as the “Open Doctor,” did a renovation of the course with the hopes of landing a U.S. Open; the work paid off as Torrey Pines got the 2008 U.S. Open won by Tiger Woods and was also awarded this year’s championship.

Mickelson, however, never adapted. He has just four top-10 finishes in 18 starts since the changes, including just one real legitimate shot at victory — 10 years ago, when he finished second to Bubba Watson.

At the 2008 U.S. Open, Mickelson infamously played the first two rounds without a driver, actually scored one shot better that Woods in the first round, but made a 9 during the third round when he needed three chips to get the ball on the 13th green. He ended up tied for 18th.

“I’ve played out here a bunch since the redo, but I really haven’t spent a lot of time to learn the nuances, and I did that early last week,” he said.

Mickelson has finished second a record six times at the U.S. Open, the most recent in 2013 at Merion where he finished two strokes behind Justin Rose. His closest calls were at the 1999 U.S. Open at Pinehurst where he finished a stroke behind Payne Stewart and at the 2006 U.S. Open at Winged Foot, where a 72nd hole double bogey caused him to lose by one to Geoff Ogilvy.

A U.S. Open title is the only major that is keeping Mickelson from a career Grand Slam.

“When you know that you’re playing at a certain level and you are patient and it finally does click, like it did at the PGA, I felt like I had been playing at that level for a couple of months but I wasn’t getting it out,” Mickelson said. “Then when it all comes together at a perfect time like that was exciting to put it together.

“I’m hopeful that some of the things that I had learned heading in will carry over and give me some more opportunities this summer, because I feel like I’m playing some good golf.”