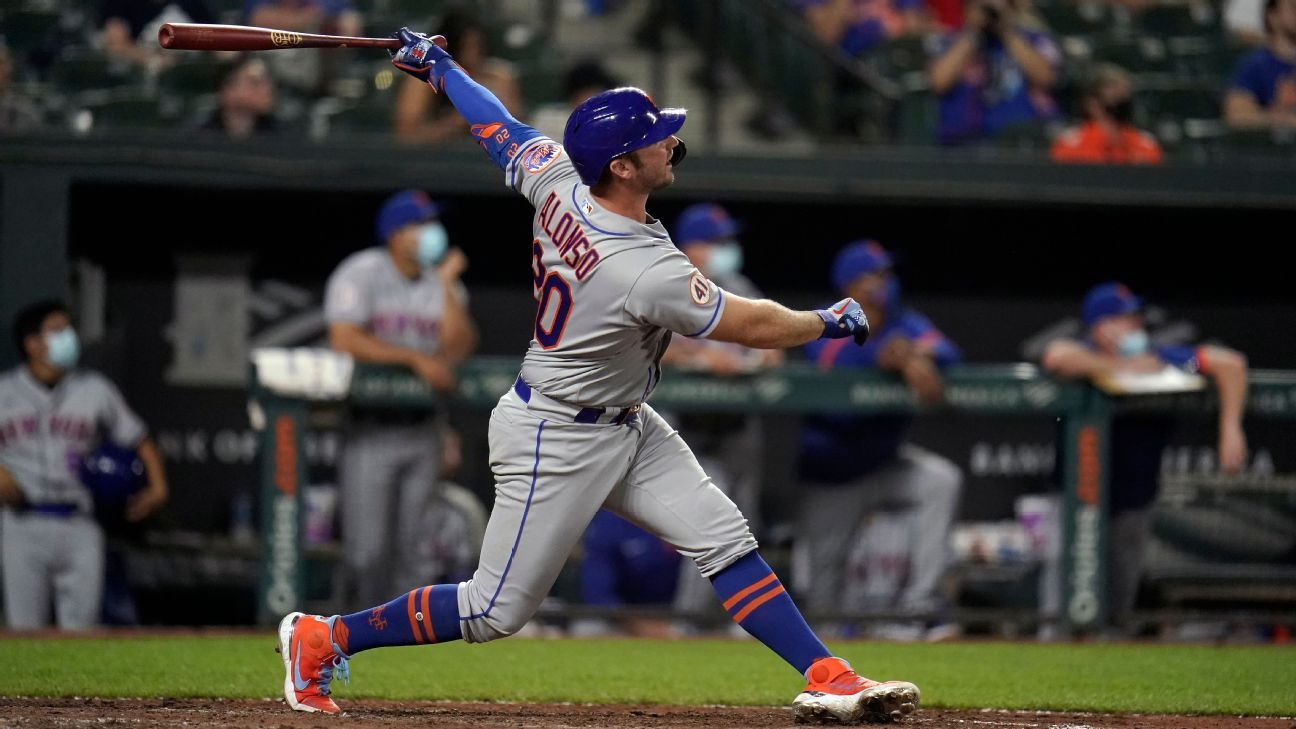 Asked on Wednesday about the simmering debate over pitchers’ use of foreign substances, Alonso claimed MLB intentionally juiced baseballs before star pitchers like Gerrit Cole hit the open market, then deadened the ball this season with a talented group of hitters ready to become free agents.

“I didn’t know Pete was a conspiracy theorist,” Scott said with a laugh Friday before New York opened a series against San Diego.

“The way teams value and evaluate performance is relative to levels, so we’re not going to be fooled by offense is way up or way down,” he said. “We’re going to look at players about relative to how the league is playing. So it would have no influence on how players are valued or paid.”

MLB informed teams in February that it planned to slightly deaden the baseballs for the 2021 season following a years-long surge in home runs. In 2019, 3.6% of plate appearances ended in a homer, a number that has dropped to 3.1% this year.

Asked about the sticky substance debate, Scott said the uncertainty over future enforcement is presenting challenges for scouts and analysts. The league is expected to begin punishing pitchers soon – a drastic, midseason change after generations of looking the other way on all but the most egregious of offenders.

“It’s challenging,” Scott said. “We don’t really know what guys are doing, even inside our own organization versus outside, or if their doing anything at all.”

The first-year GM said it doesn’t matter to him what MLB decides, as long as it’s clear and enforceable.

“We’re really just talking about enforcement,” he said. “It’s always been on the books that you’re not supposed to put stuff on baseball, so it’s really how they communicate with the umpires and what the expectations are. And I think, to be fair to the umpires, there needs to be clarity as well.”

What Government Said On Reopening Schools In India