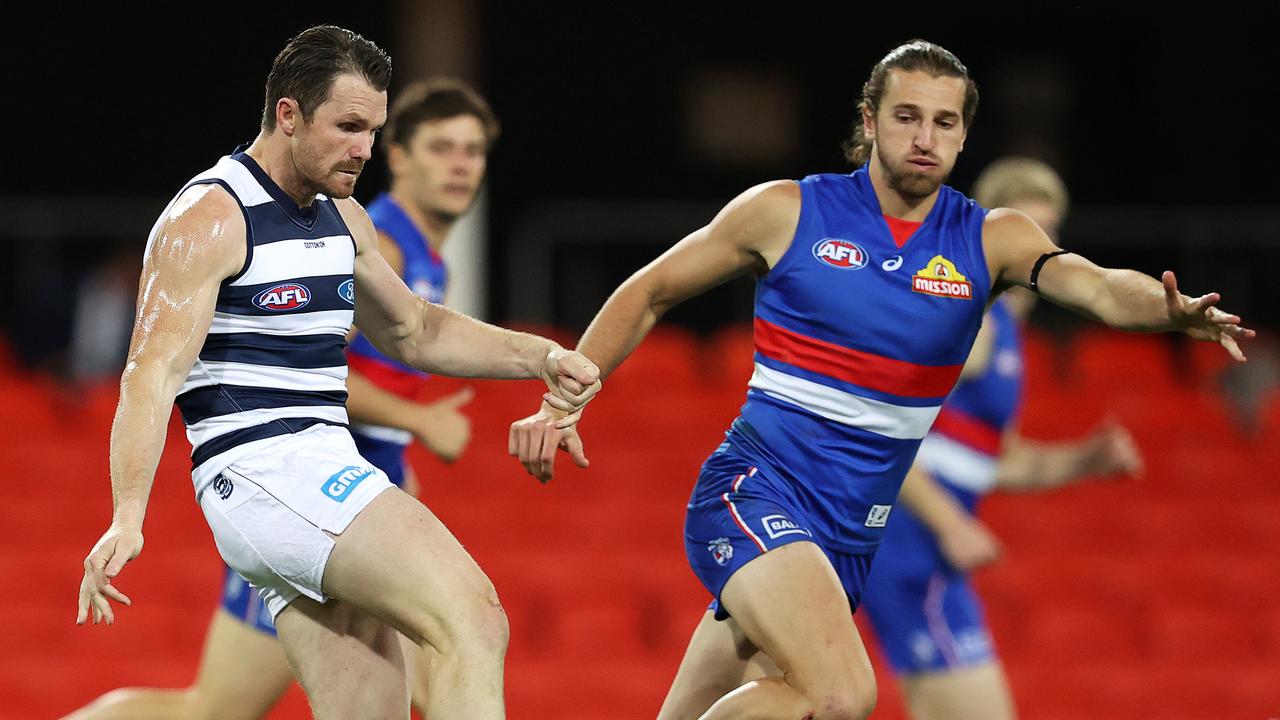 It’s a potential Grand Final preview in a blockbuster start to Round 14 as red-hot Geelong hosts the Western Bulldogs in the first game in front of Victorian fans in almost a month.

The Cats (9-3, 129.7%) have won five consecutive matches – in fact, they’re the only team in the AFL on a winning streak longer than two – including defeats of Port Adelaide and Richmond.

The Bulldogs (10-2, 150%) are coming off their bye and have won four of their past five games, only losing to ladder-leading Melbourne. However they haven’t won in Geelong since 2003.

Get all the latest AFL news, highlights and analysis delivered straight to your inbox with Fox Sports Sportmail. Sign up now!

This game begins at 7:50pm EST from GMHBA Stadium.

Follow Geelong v Western Bulldogs in our live blog below!

Molson Coors says hard seltzer is here to stay, as it puts its focus behind Vizzy, Topo Chico