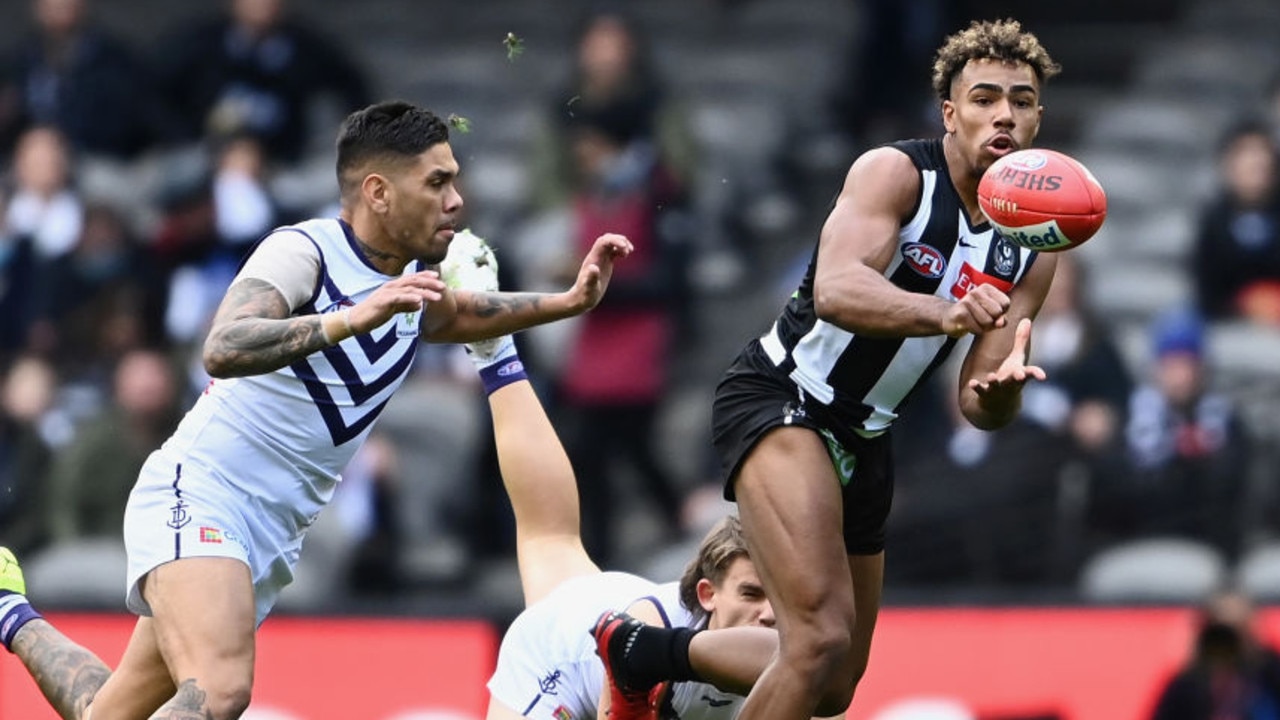 Fremantle hosts Collingwood to close out Round 10 as Justin Longmuir’s side will look to bounce back from last week’s shock loss to Gold Coast.

It marked just the Dockers’ (7-2, 139.4%) second defeat of 2022 and snapped a six-game winning streak, currently sitting fourth on the ladder after being jumped by Carlton.

Meanwhile the Pies (4-5, 98.4%) will be desperate to end their two-game skid as Craig McRae’s side is boosted by its own key returns of Jack Ginnivan, Jamie Elliott and Scott Pendlebury, while Maxon Cox has earned a reprieve after strong VFL form.

This match gets underway at 5:20pm AEST from Optus Stadium.

Follow Fremantle v Collingwood in our live blog below!