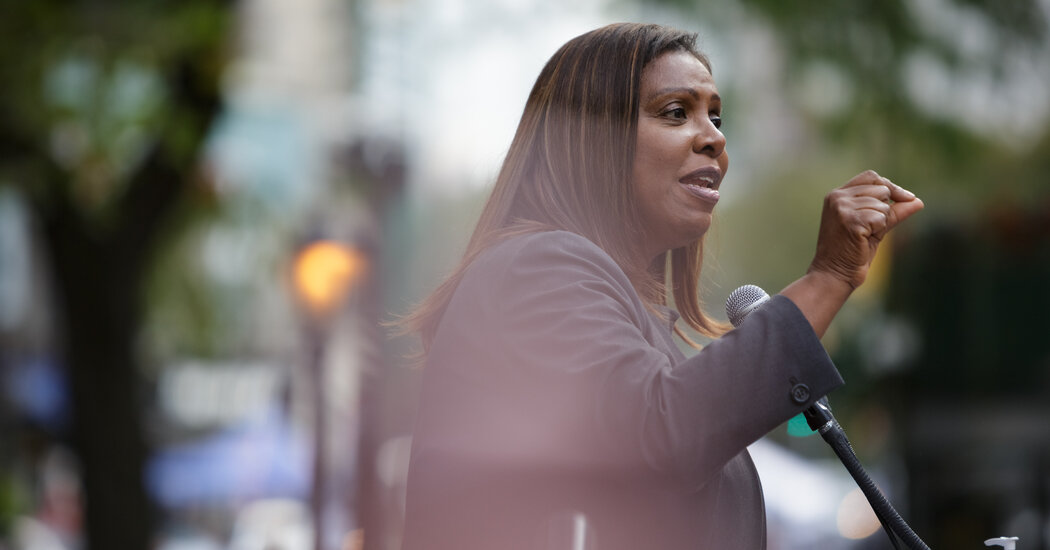 Letitia James, New York’s attorney general, is preparing to announce as soon as Thursday that she will run for governor, according to six Democratic leaders briefed on her plans.

Ms. James, her chief of staff and key political advisers began informing allies in the state’s labor unions and Democratic political circles in recent days that she intends to challenge Gov. Kathy Hochul in next year’s Democratic primary, and could make her plans public as early as Thursday, potentially by video.

Several of the Democrats, all of whom asked for anonymity to detail private conversations, said that the attorney general’s team was seeking commitments for early endorsements that could help build momentum for a campaign.

Ms. James’s team would not confirm early Wednesday afternoon that she intended to enter the race, but an adviser later said that a decision had been reached, ending months of deliberations.

“Attorney General Letitia James has made a decision regarding the governor’s race,” the adviser, Kimberly Peeler-Allen, said in a statement. “She will be announcing it in the coming days.”

Ms. James’s candidacy would ensure an expensive, high-profile Democratic primary that would set up a marquee test over the direction of the party in a heavily Democratic state. It will also establish a vigorously contested race that some party leaders had hoped to avoid after years of party infighting.

Ms. James would likely enter the primary as the most formidable challenger to Ms. Hochul, New York’s first female governor, who has taken an early lead in sparse public polling.

A former New York City Council member from Brooklyn, Ms. James has won citywide and statewide office and would offer voters the chance at another historic first: If elected, Ms. James could be the first Black woman ever elected governor in the United States.

As attorney general, she has won acclaim from liberals for taking on the National Rifle Association, investigating former President Donald J. Trump and overseeing the inquiry into sexual harassment claims against Andrew M. Cuomo that ultimately led to his resignation as governor.

“It’s going to be a definitive moment to have a sitting governor challenged by the current attorney general from the same party who are both history-making in their own right,” said State Senator Brad Hoylman, a Democrat from Manhattan, who cautioned he was not aware of Ms. James’s plans.

He added: “This is the beginning of understanding the differences in the candidates and where they stand on different issues and how they differ in their governing philosophies, so we’re really at the beginning of what’s going to be a very fast-moving, but compressed calendar.”

The exact timing of Ms. James’s announcement appeared to still be up in the air on Wednesday. If she does not announce before the end of the week, her plans could collide with two major events on New York’s political calendar next week: New York City’s mayoral election and the annual conclave of the state’s Democrats in Puerto Rico.

One Democrat familiar with the attorney general’s thinking and deliberations cautioned that Ms. James, who has considered the decision exhaustively, could still reverse course and either announce an exploratory committee for governor or that she will seek another term as attorney general rather than pursuing the top post.

At least one other potential candidate, Jumaane D. Williams, the New York City public advocate, formed an exploratory committee last month. Another Black Brooklynite with appeal to some on the left, he could compete with Ms. James for key demographic and ideological constituencies.