Kriti Sanon says that the ambitious upcoming period drama “Adipurush” is one of her most exciting projects yet.

At an interactive session with fans, a user asked her to talk about the film. “One of my most most exciting projects! Totally different experience 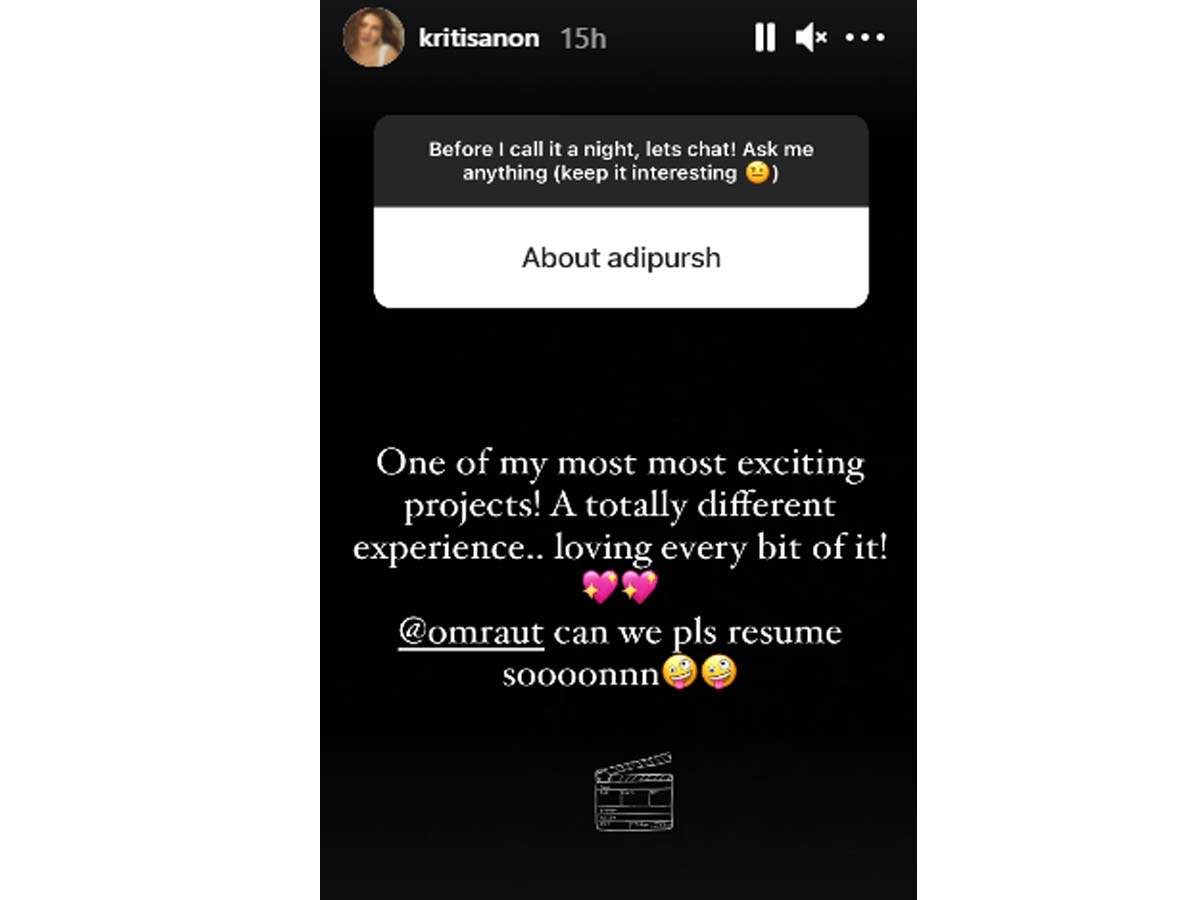 loving every bit of it,” Kriti replied, along with a note for the fim’s director Om Raut: “@omraut can we resume soooooon.”

The film is an adaptation of the “Ramayan“, where Telugu star Prabhas features as Lord Ram while Bollywood star Saif Ali Khan essays Ravan.

A fan also asked her to describe Telugu star Mahesh Babu in one word. Incidentally, Mahesh Babu was her co-star in her debut film, the 2014 superhit “1: Nenokkadine”.

Kriti replied: “Best! My first ever co-star! So humble and so amazing. I hope I get to work with him again

A fan asked about the release of her film “Mimi”, to which the actress said she cannot reveal but it will happen soon.